The Forum Talk will bring together citizens, organisations and environmental advocacy groups to discuss challenging environmental policies (or lack thereof) of governments in court.

The general discussion on resorting to strategic litigation as a tool to fight climate change will be followed by concrete examples of ongoing law suits worldwide. In particular, it will focus on cases from Australia, Portugal, Norway and France where individuals or organisations brought legal complaints against governments before the courts. 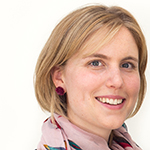 Lucy Maxwell is a human rights lawyer working on climate change litigation, and Senior Legal Associate at the Climate Litigation Network, a project of the Urgenda Foundation. In 2013, Urgenda filed a ground-breaking case against the Dutch government resulting in the first time a court has ordered a government to significantly reduce its national greenhouse gas emissions. David represents Katta O’Donnell in a unique Federal Court of Australia claim about climate change risks to sovereign bonds. He also represents 8 students from around Australia bringing a class action against the Federal Environment Minister to protect young people from the climate change impacts of the proposed Vickery Extension Coal Project. Prior to establishing the firm in 2019 David was a principal lawyer at Environmental Justice Australia where he represented Guy and Kim Abrahams in Federal Court proceedings against CBA, Australia’s largest bank, for failing to disclose climate change risks to investors. David is experienced in litigating complex class actions. At Maurice Blackburn he represented group members in proceedings against Gunns, Nufarm, Treasury Wine Estates and Cash Converters International. He holds degrees in Law and Applied Science (Coastal Management). David respectfully acknowledges the Traditional Owners of the land. 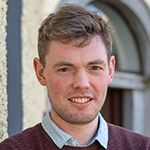 Gerry Liston is a Legal Officer with the Global Legal Action Network (GLAN), an organisation which pursues innovative legal actions across borders challenging the involvement of powerful actors in systemic human rights violations. He is also a lawyer qualified in Ireland and a doctoral candidate at the Irish Centre for Human Rights. Gerry leads GLAN’s work in supporting six Portuguese young people in bringing a climate change case against 33 European countries to the European Court of Human Rights. His article, “Enhancing the efficacy of climate change litigation: how to resolve the ‘fair share question’ in the context of international human rights law,” will be published in the forthcoming issue of the Cambridge International Law Journal. 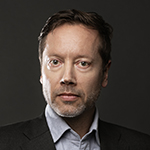 Pleym started as a volunteer and activist with Young Friends of the Earth Norway in the early nineties. He has worked for ENGO's like FOE and Greenpeace for over twenty years. Pleym has been based in Norway, Sweden, Iceland, Japan and Korea, as well as assigned to briefer projects in Indonesia, Thailand and the Pacific region. Over the years, he has been involved in a number of campaigns, including overfishing, deforestation and climate change. Prior to returning home to Norway in 2019, Pleym was the head of the Greenpeace office in Sweden.

Marie Pochon is the Secretary General of the French Climate Justice NGO Notre Affaire à Tous. After having worked several years in the Middle East and around Europe, especially focusing on migrants and youth rights, she has been particularly involved on strengthening the climate movement and mobilisations in France starting from 2017. In 2018, she was involved in the launch of "The case of the century", l'Affaire du Siècle, the first ever climate lawsuit against France, that gathered more than 2,3 million supporters. She also contributed, with Notre Affaire à Tous, to the launch of a lawsuit against Total S.A., the 19th biggest GES emitter worldwide. Notre Affaire à Tous is building climate law through litigation, research on climate inequalities, and citizens mobilisation.