After many years of painting musical artists with watercolour, Dan23 opened his gallery in Strasbourg in 2006. His first solo show took him not only to galleries but also to concert stages and festivals around the world, where he performed live paintings. In 2013, Dan23 decided to abandon the stage and intervene more intensely in the street by placing luminous portraits here and there... bearing the name of a song. The Tour Paris 13 project opens the doors to recognition, which will allow him to be present in 2014 at events such as Djerbahood, In situ art Festival or the Nuit Blanche and to create a solo show at the Mathgoth urban art gallery in Paris. 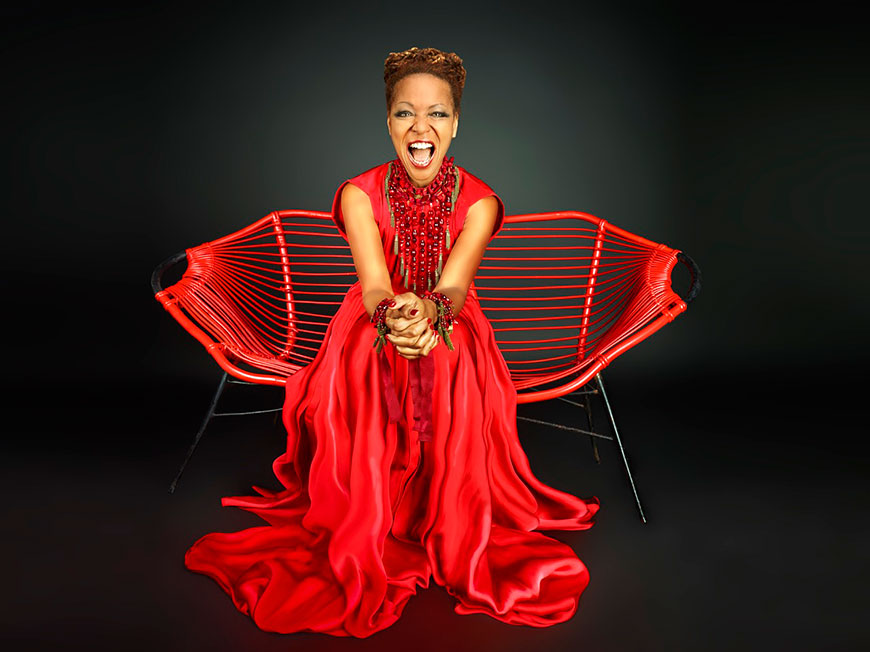 Lisa Simone is the daughter of the well-known artist Nina Simone, who was also one of the greatest civil rights activists in the United States. Due to the frequent travels of her mother, Lisa grows up moving from one continent to another. At the age of 18, Lisa decides to join the US Air Force and consequently becomes a veteran of the war in Iraq. A meeting with the Spanish star Raphael makes her to branch off and focus on singing. Several years of world tours follow. At the age of  55, Lisa Simone sings telling us about her happiness to have finally found her place in the world. Through her experiences and encounters, she has transcended past sufferings and today wishes to share with the public a deep joy, a new serenity…

Folk ensemble “Shavnabada”, directed by Davit Tsintsadze (Tbilisi), was founded in 2005. They have been singing together since 2005, but individually have been schooled in two children’s folk singing choirs called “Martve” and “Bichebi”. The idea of their late getting together was a special love for Georgian folk music. Ever since their goal has been to promote and preserve Georgian folk and church music. Preserve it as singers and also using any other possible cultural way. “Shavnabada” has successfully participated in many different folk festivals and concerts and in 2005 was conferred the rank of “laureate” in a nomination for ‘Preserving Georgian polyphonic songing’. So far, Shavnabada has released 9 CD albums in total, both folk songs and church songs. 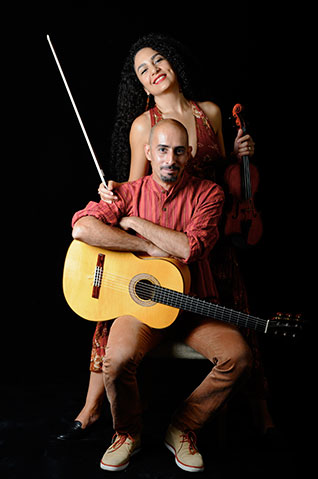 The song of the forbidden and the exile.

Aida Nosrat is a professional violinist. At the age of 17 she joins the Symphony Orchestra of Tehran. Babak Mobasher is a guitarist. They share a common passion - gypsy music, which Aida likes to sing. However in Iran, her country of birth, women are forbidden to be on stage singing solos. (The female singers must express themselves in duets or choirs). The election of the moderately liberal President Hassan Rohani in 2013 did not change this situation. But Aida did not want to give up. With Babak they decided to take the exile path - departure for Paris in November 2015. They created a band "Les Manushan" with Aïda on vocals and violin and Babak on guitar. Their compositions are sometimes in Persian, sometimes in English with a universal emotional impact.

The Democracy Innovation Award presented by the Secretary General of the Council of Europe to the most popular initiative of the World Forum for Democracy is an original work of the artist Ilana Isehayek.

Ilana Isehayek began her career as an artist in Canada before settling in France twenty years ago. Her origins and journey appear in her constant attention to the question of roots, travel, and cultures of origin and of adoption. One of her main concerns is to create a link between the past and the present, history and experience, defining the role of the public in the work, the appearance or the physical approach of the place. In paintings, sculptures or installations, she develops a very personal language.

All plenary sessions will be illustrated live by the caricaturist and cartoonist Laurent Salles.

Caricaturist and cartoonist, Laurent Salles was born in Nîmes in 1972. After obtaining a degree in Applied Arts, he joined the Art Deco Strasbourg in 1990 and made his debut on television when he was still a student . His sharp pen and his caustic humour were quickly noticed, particularly in the show "the SALLES Drawings", a weekly column of cartoons in the Alsatian regional news. Since 2010, his cartoons appear in the daily newspapers L'Alsace, Le Bien PUBLIC and JSL (Journal de Saône-et-Loire) and you can find him every month in the comic "Cucaracha, scholarly cockroach". In 2016, he joined international network of committed press cartoonists, "Cartooning for Peace".