The lab will explore the effectiveness of e-participatory tools and their impact on decision-making, within the existing constitutional framework of representative democracy. It will discuss whether and how political parties can capitalize on these opportunities to hand back power to their supporters.

Malta's Partit Nazzjonalista has launched a new system of e-democracy to crowd-source proposals and new policy ideas. Introduced under the #ForzaNazzjonali brand, the e-democracy platform has crowd-sourced more than 900 ideas in just a couple of days. It's an online platform that allows users to interact directly with proposals and make suggestions of their own on how to amend them. They can also scrutinise and criticise the suggestions, and make entirely new suggestions of their own.

POP is designed to gradually build up real-time democracy within the existing constitutional framework of indirect democracy – without any need for legislative change. POP is a flexible mix: a platform in its substance – able to hold all people and all opinions – and a registered political party in its form. The main feature of POP is to invite the expression of real-time majority public opinion on important legislative and governing decisions. POP representatives in the legislature and in government are obliged to vote according to the majority public opinion as expressed by citizens. POP can be used at local, national and regional levels. 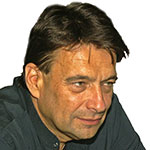 Geza Tessenyi is the initiator and main designer of the Public Opinion Platform (POP) and founding President of The Intercivil Society of London. Earlier, he was founder and first President of the Intercultural Leadership School, Rome, and Head of Refugee Law and Secretary of the Committee on Asylum, Refugees and Stateless Persons at the Council of Europe. Geza is Hungarian and Dutch national, studied law in Budapest and the Hague, and followed executive courses on refugees (Oxford) and on leadership (Harvard KSG). His projects have earned patronages from three Presidents of the European Parliament from different political groups.

Is media the next democracy platform?, Poll Town, USA

“Is media the next democracy platform?” explores how we can reinvigorate public debate through smart polls placed in news stories and social media. At the core of the idea is the belief that public opinion can change how leaders do their jobs, and that better forms of collecting and presenting data brings people into the political sphere, and grows a more active and aware citizenry. Case studies from the USA, Vietnam and Australia will show how simple and shareable questions can engage the silent majority to have their say. 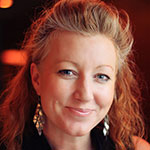 Founder and CEO of Poll Town

Keren Flavell is an award-winning documentary producer, author, speaker and online strategist based in the USA. She is internationally recognized as a global thought leader and digital innovator. Her latest project, Poll Town, aims to grow public opinion awareness by using smart polls placed in news media. 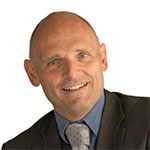 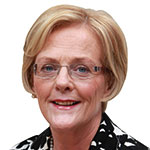 Rosaleen O Grady is an Irish Politican from Sligo in the northwest of Ireland. Since 2016 Ms OGrady has been a delegate to the Council of Europe Congress of Local and Regional Authorities and is also a member of the Monotoring Committee. Ms OGrady is an elected member of Sligo Borough and Sligo County Council since 1999. She has been Mayor of Sligo Borough on three occasions and has served as Chairperson of Sligo County Council 2015-16.Ms OGrady is a former Senior Clinical Nurse Manager with the Irish Health Service Executive. 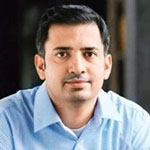 Chakshu Roy is a legislative and parliamentary expert. He works at PRS Legislative Research where he has championed citizen engagement with the Indian Parliament for the last decade. PRS is an Indian research institution that is strengthening the legislative process in the country by making it better informed, more transparent and participatory. 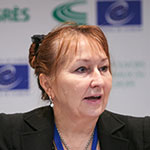 Gunn Marit Helgesen is President of the Norwegian Association of Local and Regional Authorities (KS). Since 2012 Ms Helgesen has been delegate to the Council of Europe Congress of Local and Regional Authorities, as head of the Norwegian delegation. She is at present the President of the Chamber of Regions. In 2016, Gunn Marit Helgesen was elected Co-President and member of the Presidency of Council of European Municipalities and Regions (CEMR). She also represents Norway in the World Council and Executive Bureau of United Cities and Local Governments (UCLG), in which she is member of the Financial Management Committee. Ms Helgesen is an elected member of Telemark County Council and has previously held the positions of county mayor and county vice mayor. 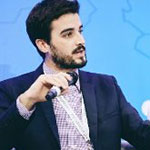 Member of the Bureau of the Advisory Council on Youth

Marko Boko is a Bureau Member of the Advisory Council on Youth of the Council of Europe and he is coming from Croatia. He was the president of the Croatian Youth Network (National Youth Council) and works as an consultant in the field of political and crisis communication at PR company in Zagreb. Marko is also a founder and organizer of the biggest regional graffiti and mural festival "Graffiti na Gradele" in Bol, Croatia. 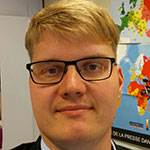 Florian Wolf graduated with degrees in Geography and International Area Studies from the Martin-Luther-University Halle-Wittenberg in Germany. He is currently working for the Congress of Local and Regional Authorities at the Council of Europe. 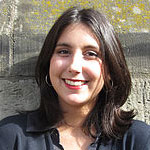