The lab will consider the attractiveness of political parties and movements that are based on different forms of participatory democracy. It will explore opportunities for traditional parties to transform themselves and develop new political narratives enhancing citizens’ trust in policy making.

Throughout its 40 years, drastic transformations occurred in the party organisation of PASOK. The initiative “Organisational Transformation” introduced numerous actions promoting the Participatory functioning of the Movement. Among them, «Open Meetings» were established and organised at the local level, in close collaboration with local authorities and civil society organisations, with the aim of adopting consultation processes and participatory decision-making processes on issues of, mainly, local interest. These Open Meetings are not only open to the subscribed party members, but are also open to the whole citizenry. 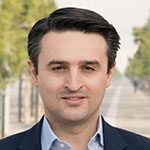 Born in Greece, Antonios Saoulidis is Supreme Court Lawyer. He is Member of the Political Cabinet and the Central Political Committee of PASOK and Deputy Mayor of the Municipality of Neapoli-Sykies.  He graduated from the Law Faculty (Aristotle University Thessaloniki). He completed an MSc in International Economic & Political Studies and in European Youth Policies, and he is PhD candidate in Political Sciences (University of Macedonia Thessaloniki). He participated as spoken at international conferences on local participatory democracy issues, and has published relevant articles on the topic. He is working as a European Commission expert (evaluator and reviewer) of H2020 projects. 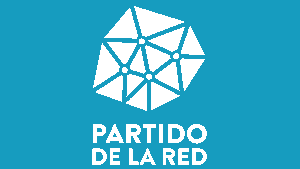 The Net Party is a political party in Argentina, with 1500 formal members and about 100 active members involved in daily decisions. Their goal is to elect deputies in the legislative elections that make decisions accordingto decisions voiced by regular people , through a software (DemocracyOS) that gathers opinions and votes. The deputees vote according to the decision taken by online participants, thus promoting  "liquid”, “hybrid” and “direct” democracy. 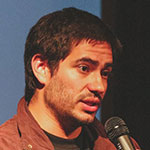 Member of the Executive Board of Net Party

Raised in Argentina, Alejandro Inti Bonomo is an Environmental Scientist who has become a teacher by moral duty, and evolved into a political activist by moral obligation. After a few years working with environmental challenges, it was clear to him that this was a key factor to bringing power back to the common people. 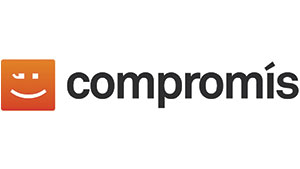 Changing the dynamics of politics. Citizenship as an engine of change, Coalició Compromís, Spain

Coalició Compromís is a political party from the Spanish region of Valencia. They think that the best way to combat populism in politics is by promoting transparency and ethics in the performance of public institutions, together with stimulating the participation of citizens in order to address their disaffection withpolitics. The party is based on the idea of political openness both in terms of its organisational structure and decision-making processes. They aim to perform with the utmost transparency and encourage citizen’s debate through education, i.e. explaining how policies are developed, and exposing alternatives to involve citizens, in order to find a general consensus.  As a consequence, party officials, militants and sympathizers decided together on the list of candidates for elections, the public salaries of their representatives were published online, etc. Since they participate in the regional government, the regional Ministry of Transparency, Accountability, Participation and Cooperation has been founded. Its main aims are to ensure transparency of public activity and to promote citizen participation. 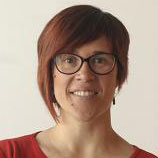 Àgueda Micó graduated with degrees in law from the University of Valencia and Political Science and Administration from the UniversitatOberta de Catalunya. She is currently an Associate Professor in Political Science and Administration at the University of Valencia. In terms of her political career, she held the positions of Secretary of Organization at the Bloc Nacionalista Valencià and Compromís until recently. Currently she is the National Coordinator at Bloc and Compromís co-spokesperson. Her role in the formation of the new Government of Valencia, the “Pacte del Botànic” stands out in her political career. 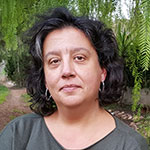 Daría Terrádez holds a PhD in constitutional law (European mention) and currently holds the position of General Director for Relations with the European Union and the State in the Presidency of the Generalitat Valenciana. Her main scientific works concern the rights of foreigners, fundamental rights, and the European Union. Her doctoral thesis deals with the application of the European Social Charter in Spain, from a critical approach. She has also published broadly about topics as varied as the guarantee of social rights, freedom of expression and the rights of foreigners in an irregular situation. From June 2015 until September 2016 she took charge of the Department of Social Rights in Bétera, where she could see first-hand the work carried out by social workers from the City Council in relation to the guarantee of social rights. This department also drafted the first by-law regulating social aids and the guide on social rights, in collaboration with the Mayor of Bétera. 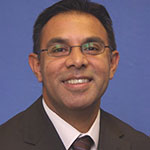 Elected Councillor in the Municipal Council of Bolton, Greater Manchester 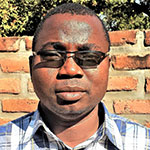 Augustine Magolowondo is the Africa Regional Representative at the Netherlands Institute for Multiparty Democracy (NIMD) based at the Centre for Multiparty Democracy (CMD) in Lilongwe, Malawi. In that capacity, he facilitates networking, knowledge development and knowledge sharing among NIMD political party programme countries in the sub region. His work covers a wide range of topics including but not limited to inter-party dialogue, constitutional reforms, political party strengthening and electoral reforms. Before joining NIMD, he worked as a National Expert for the German Technical Corporation (GIZ) in Malawi in the fields of democracy, decentralization, conflict management and dialogue promotion. He holds a PhD in Political Science, an MA in Development Management and a BA in Public Administration. 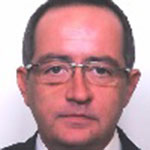 Ambassador, Permanent Representative of Romania to the Council of Europe

In 1997 joined the Romanian diplomatic service. In the Ministry of Foreign Affairs he worked in the UN Department, the Minister’s Office, NATO Department. Also he was Director General for the Eastern Neighborhood and Eastern/Central European organizations. Also, he served as Foreign Policy Advisor to the Prime Minister. Abroad, he served at the Permanent Mission to the UN in New York. Also, he was Ambassador to Italy and non-resident to Malta and San Marino, as well as Permanent Representative to the UN institutions based in Rome (FAO, IFAD, WFP and UNIDROIT). Since October 2016 is the Permanent Representative to the CoE. 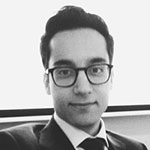 Born in Iran and raised in The Netherlands, Mohammad Sharifi has always had a keen interest in playing an active role in society and using his knowledge and skills for a greater purpose. Having been part of a number of local democratic initiatives in his hometown of Zoetermeer and having a background in Model UN, he's also been a youth activist of the International Campaign to Abolish Nuclear Weapons (ICAN) since 2014. Currently, he's rounding up his double bachelor's degree in law and taxation from Leiden University as he wishes to continue his studies in the field of EU law in the future. 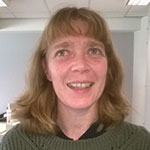 After graduating in Social Pedagogy she started her career as street corner worker with male prostitutes in Ghent. After this five-years-long exciting challenge, she became lecturer in didactical management and later Programme Coordinator at the Teacher Training Academy in Alost. In 2007 she returned to Ghent to lead the Integration Service of the City. She specialises in Diversity Management and European Studies, whereshe is now responsible for European Policy on Social Inclusion and Welfare within the City and is a doctoral student at the Ghent University working on Europeanisation through dissemination of standards. She strives to support the most vulnerable groups in society by removing barriers to the political and social participation of all the most vulnerable groups. 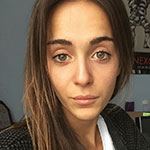 Pauline Monteau is a second-year student in European Policies at the Strasbourg Institute of Political Studies and wishes to build a career in european security and migration thematic. As a member of the Young Europeans - Strasbourg and former regional referent person of the "Jeunes avec Macron", Pauline will work as a reporter during the World Forum for Democracy on behalf of the Open Diplomacy Institute.