Sponsored by the City of Strasbourg

The lab will explore the role of arts and culture in shaping political ethics and values and their impact on generating social and political change.

The first rule of guerrilla warfare is to know your terrain and use it to your advantage. Today’s political landscape is one of signs and symbols, stories and spectacles.  Populist demagogues understand this. Unfortunately, most democratic political parties and civic actors do not. The School for Creative Activism is a training workshop to help activists effectively – and ethically – navigate the contemporary political terrain using techniques drawn from artistic practice and popular culture. Tapping into their own creativity, civic actors learn to use the cultural language of the present to conjure up progressive dreams of the future. 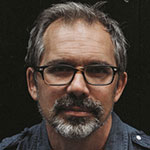 Co-Director of the School for Creative Activism

Stephen Duncombe is co-founder and co-director of the Center for Artistic Activism, a research and training institute that helps activists create more like artists and artists strategize more like activists. Duncombe is also a Professor of Media and Culture at New York University and the author and editor of six books on the intersection of culture and politics including Dream: Re-Imagining Progressive Politics in an Age of Fantasy and the Cultural Resistance Reader. He is a life-long political activist, and lives in New York City, USA.

Shilo Shiv Suleman is an Indian artist whose work lies at the intersection of magical realism, technology, art and social justice. She started the Fearless Collective in 2012. Nida Mushtaq is an activist from Pakistan whose work focuses on programming for social development embedded in critical narratives of local relevance. Together they run the Fearless Collective from both sides of the border, united by their love for poetry, beauty and imagination. 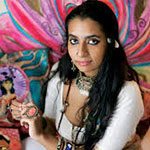 Co-Founder of the Fearless Collective

Shilo Shiv Suleman is a visual artist with a focus on the intersection of magical realism, art for social change and technology.  She is the founder and director of ‘The Fearless Collective’ that creates space to move from fear to love, using participative art. More recently, her work with art and socal justice has been featured in a host of documentaries including Rebel Music by MTV. She was also felicitated with the Femina ‘Woman of Worth’ award, the New India Express 'Devi Awards in 2015 and the Futurebooks Digital Innovation award in London. In the recent past, her work in Lebanon and Pakistan has been showcased as a pioneering effort in the use of art in Peacebuilding Processes. She has spoken at the SIPRI forum on Peace in Stockholm and been a grantee from USIP- the United States Insititute of Peace.  She led over 2000 intergenerational feminists at AWID Forum 2016, Brazil as the host of a plenary of Co-Creating New Futures and been on multiple panels exploring the role of art in spaces of conflict and gender based violence.

Boiling Point is not only a documentary directed by Elina Hirvonen and produced by Mouka Filmi. It’s also a campaign linked to the film. The goal was to inspire constructive dialogue with the help of the film so that Finnish people would continue to show respect to one another and engage less in hate-mongering. The documentary was shot during 2016 and premiered at DocPoint - Helsinki Documentary Film Festival in January 2017. It was also screened at international film festivals and on the Finnish Broadcasting Company YLE's TV channel in spring 2017. Because the goal of the film was unique, it was screened also in an exceptional way: anybody with an internet connection could arrange a screening at home or publicly during a time period between February and May by ordering a password from the Boilingpoint.fi website. The end result was 738 screenings in Finland and in 20 other countries. 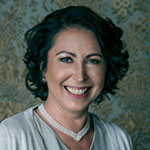 Riikka Kämppi is a communication specialist based in Helsinki, Finland. She is the CEO and founder of Rautarouva Ironlady Oy. She has mostly worked on political campaigns and with NGOs or civil society initiatives but occasionally also consulting private companies in communication and marketing. For the past two years she has focused on marketing books.  She created Boiling Point campaign and she is currently working as a campaign director for a presidential candidate (election to take place in Jan/Feb 2018). 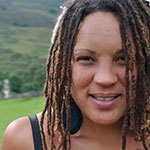 Natalie Jeffers, is an educator, activist & organiser with BLMUK - a network of radical anti-racist/anti austerity organisers, who are strategic diasporic partners to the BLM Network. Natalie is the director of Matters of the Earth - an international collective that builds strategy, practice and tools to transform. Their work creates intersectional consciousness and action, around issues concerning: anti-blackness; gender equity; LGBQTI+ rights; mental health; decoloniality; and climate change. 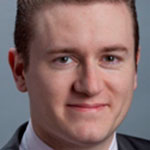 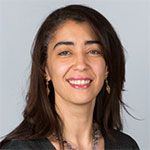 Deputy Mayor of the City of Strasbourg

Nawel RAFIK-ELMRINI is a lawyer since 2002. She has been Deputy Mayor of Strasbourg for European and international relations, twinning initiatives between towns, decentralized cooperation and adviser to Strasbourg Eurométropole since 2008. She represents the City of Strasbourg in the Congress of Local and Regional Authorities of the Council of Europe, and she is particularly committed to education for European citizenship, cultural diversity and refugee reception and integration. Ms. Rafik-Elmrini chairs, among others, the Information Center on European Institutions. She is also Vice-President of Grand-Est Solidarités et Coopérations pour le Développement. 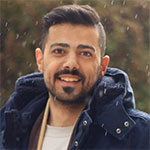 Suhaib is a young activist in the cultural domain and politics in Jordan. He's the founder of "Haweytna - our Identity", an initiative that aims on teaching Jordanians about their history and culture, and connecting it to the political aspects. An organizer of "Al Nashama", one of the biggest students organisations in the University of Jordan that fights for the students rights and development. A former producer and representative of a radio show about the Jordanian culture and history. He's currently a volunteer in Romania teaching a total of 1000 school students about sustainable development global goals, focusing on the environmental goals. 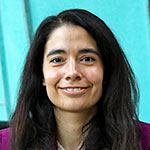 Gloria works at the Council of Europe in the Education Department as Project Officer in the EU/CoE Joint Programme "Human Rights and Democracy in Action". She is currently producing a documentary on the Council of Europe project "European Qualifications Passport for Refugees" that will be launched on 13 November 2017. Previously, she worked as communication/audiovisual productions consultant at the Council of Europe and at the United Nations in the Office of the Special Representative on Violence against children in New York. 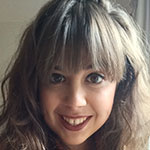 Caroline Feldner is a fourth-year student within the Institute of Political Science of Strasbourg, currently specializing in European and International Studies. A former student within the department of political science of Trinity College Dublin, Caroline envisions for herself a career in the field of international relations. She will be one of the young reporters covering the event on behalf of the Institute Open Diplomacy.