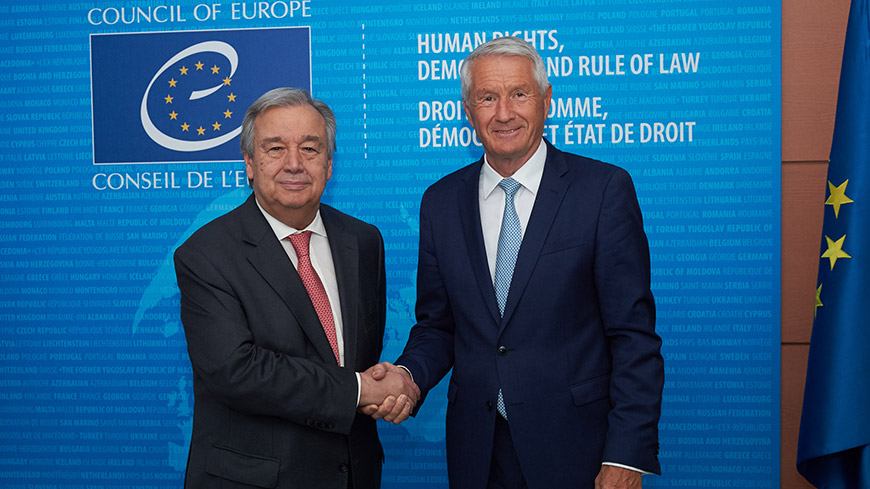 The meeting covered a broad range of subjects including migration, conflict prevention, combatting corruption and the fight against terrorism. Messrs Jagland and Guterres discussed the situation in the Western Balkans, the conflict in Eastern Ukraine, human rights in Crimea and the Council of Europe’s dialog with Turkey.

Secretary General Guterres acknowledged the important role of the European Court of Human Rights. Secretary General Jagland provided the UN Secretary General with a document of the Council of Europe’s contribution to the UN 2030 Agenda for Sustainable Development. They agreed to continue and strengthen the good cooperation between both organisations.