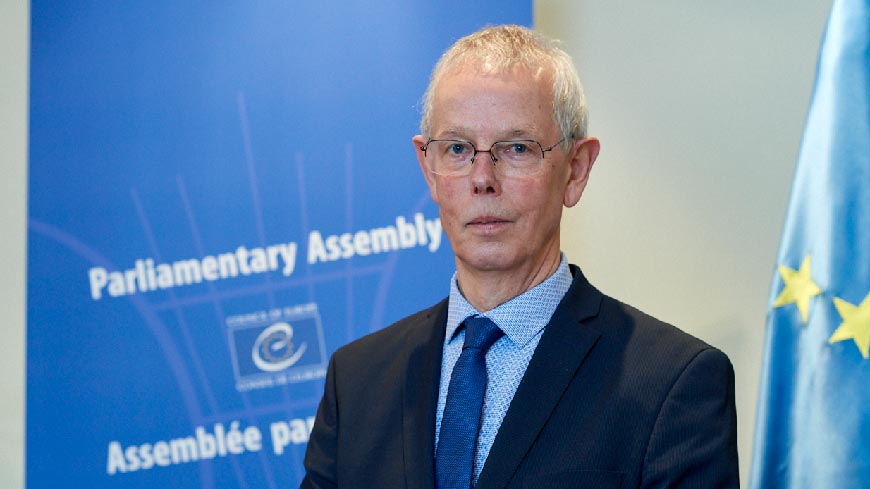 Tiny Kox (Netherlands, UEL) has been elected President of the Parliamentary Assembly of the Council of Europe (PACE). Taking over from Rik Daems (Belgium, ALDE), he is PACE’s 34th President since 1949 and the third Dutch national to hold this office. He obtained an absolute majority in the first round of voting with 164 votes to 80 for the other candidate, Mariia Mezentseva (Ukraine, EPP/CD).

Under the Assembly’s Rules of Procedure, the President serves for a one-year term of office, which may be renewed once. In his opening speech the newly-elected President urged the Assembly to realise the agenda it set out last year in its resolution on the strategic priorities for the Council of Europe. “This organisation must remain the pillar of democratic security, the guarantor of human rights and rule of law, as well as a platform for effective multilateralism in Europe, and to preserve and reaffirm our own identity as an independent forum for comprehensive and inclusive political dialogue and co-operation,” he said.

“Human rights, with the implementation of the Convention in all member States, must remain our top priority. To achieve this, in-depth dialogue in and with all member States and member parliaments is absolutely needed. Because only then we can uphold the authority of the European Court of Human Rights. Accession of the European Union to the Convention has also been declared by our Assembly as a strategic priority, as well as stronger emphasis on the protection of social and economic rights, and the signature and ratification of the European Social Charter”. Regarding other priorities, he stressed the importance of ratification and effective implementation of the Istanbul Convention, support for including the right to a safe, healthy and sustainable environment in the legal framework of fundamental rights, the need for democratic governance of artificial intelligence, and fighting corruption, money laundering, terrorism and violent extremism, “which all destabilise our societies”.