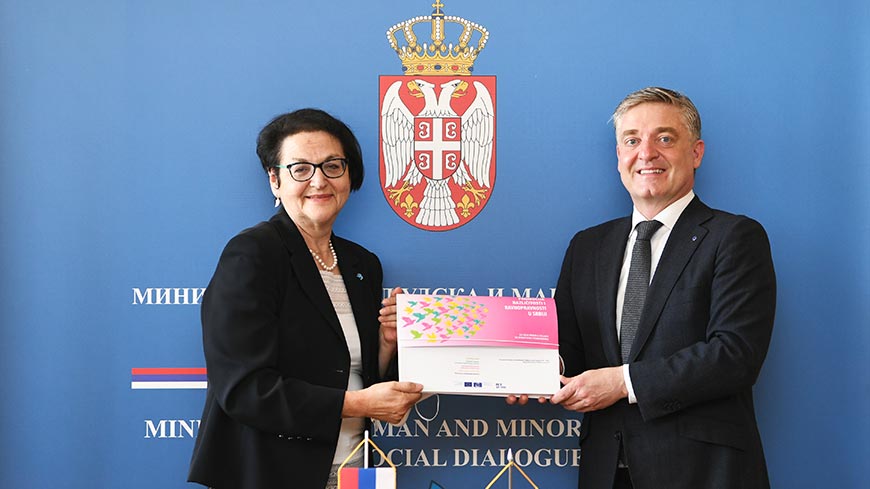 An expert opinion on the draft law on same-sex unions was prepared by the Council of Europe’s Directorate General for Democracy upon the request of the Minister for Human and Minority Rights and Social Dialogue of Serbia. The Head of the Council of Europe Office in Belgrade, Tobias Flessenkemper, presented the opinion to Minister Gordana Comic.

The opinion takes into consideration the Council of Europe legal standards in the field of combating discrimination on grounds of sexual orientation and gender identity, as well as on the protection of social rights. By adopting a specific legal framework for same-sex couples, the opinion says Serbia would go a long way towards satisfying these standards. At the same time, the opinion makes a series of recommendations for improvement of the draft law.

Previously, opinions on the amendments to the Law on Anti-discrimination and on the Law on Gender Equality were also prepared and presented to the Serbian authorities.

These documents have been elaborated under the joint European Union/Council of Europe programme Horizontal Facility for the Western Balkans and Turkey 2019-2022 (II).