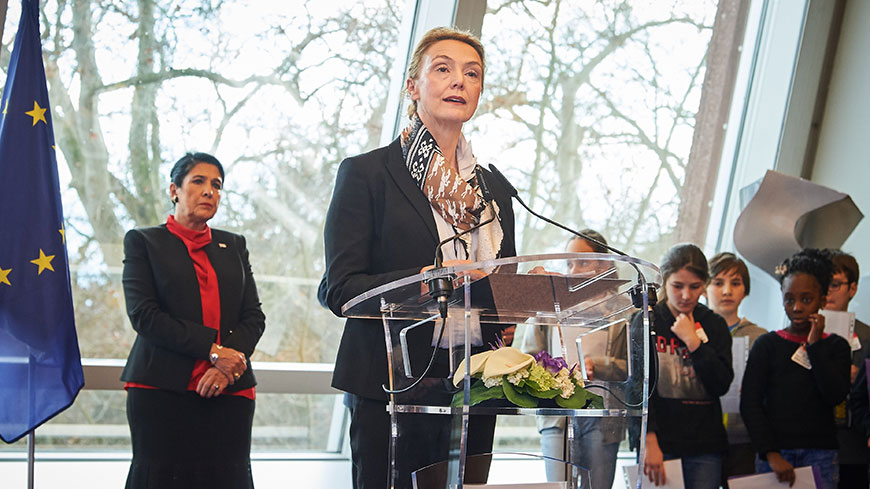 Secretary General Marija Pejčinović Burić has led tributes to victims of the Holocaust at a special ceremony to mark the 75th anniversary of the liberation of the death camp at Auschwitz-Birkenau. Around six million Jews were brutally murdered during the Second World War, but many Roma and LGBTI people also lost their lives. “To each of these, we pay our deepest respects today, mindful of the generations that have been lost – and of the contributions that those people would have made to European life. We also remember because it is our duty to ensure that such things can happen never again: that we do everything possible to prevent and to counter the hatred and prejudice that breeds violence and discrimination” said the Secretary General.

The President of Georgia, Salome Zourabichvili, also paid tribute to the victims and stressed the importance of keeping their memory alive. She expressed her pride that no Jews from Georgia had perished in the Holocaust, and that anti-Semitism in modern-day Georgia is non-existent.

The newly-elected President of the Parliamentary Assembly, Rik Daems, whose own grandfather died in a death camp because he was part of the Belgian resistance, emphasised that remembering the Holocaust was vital in order to counter increasing intolerance in today’s world: “When anti-Semitism, hate speech, anti-Muslim feelings and all sorts of discrimination and fear of the other are on the rise again, we must recall our moral compass - human dignity and fundamental rights, the values that reconciled and reunited the people of Europe 75 years ago”.