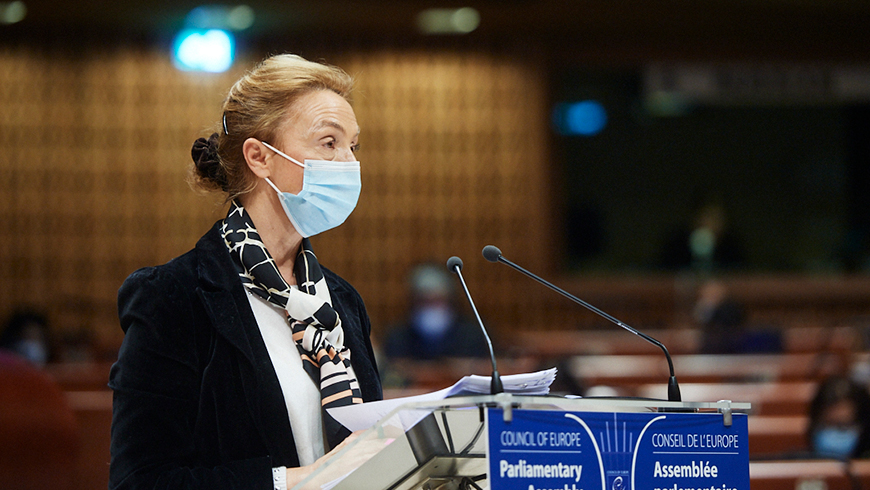 Secretary General Marija Pejčinović Burić has underlined the importance of the Organisation’s two key conventions: the European Convention on Human Rights (ECHR) and the European Social Charter. Addressing a hybrid session of the Parliamentary Assembly, she described them as comprising the “soul of modern Europe”. Compliance by member states with rulings of the European Court of Human Rights was not a “kind request” said the Secretary General, but a “binding requirement”. Referring to the case of Osman Kavala, she said it was “utterly wrong” that the Turkish authorities had still not released him, despite the Court having called for his release in a final judgement last year.

With regard to November’s conflict between Armenia and Azerbaijan, the Secretary General welcomed the ceasefire and said the Council was in talks with both sides to provide post-conflict assistance to ensure that human rights were respected. Concerning the ongoing anti-government protests in Belarus, Ms Burić said she had made several interventions in support of the protesters’ human rights and called for all sides to engage in inclusive national dialogue.

The Secretary General expressed her sympathy for the many victims of the Covid-19 pandemic, including those who died and those who lost their jobs. She stressed the importance of maintaining the Council of Europe’s core values during the crisis, especially respect for human rights and equal treatment for all, regardless of financial means.

Despite the unique challenges of the pandemic, the Secretary General said the Organisation had succeeded in continuing with its regular work. In particular, she highlighted progress with regard to the human rights implications of Artificial Intelligence and environmental protection, as well as the fight against human trafficking and promoting the Istanbul Convention, aimed at protecting women from all forms of violence.