Workshop on "Strengthening civil society participation in the implementation and monitoring of the Lanzarote Convention, best practices in Ukraine" 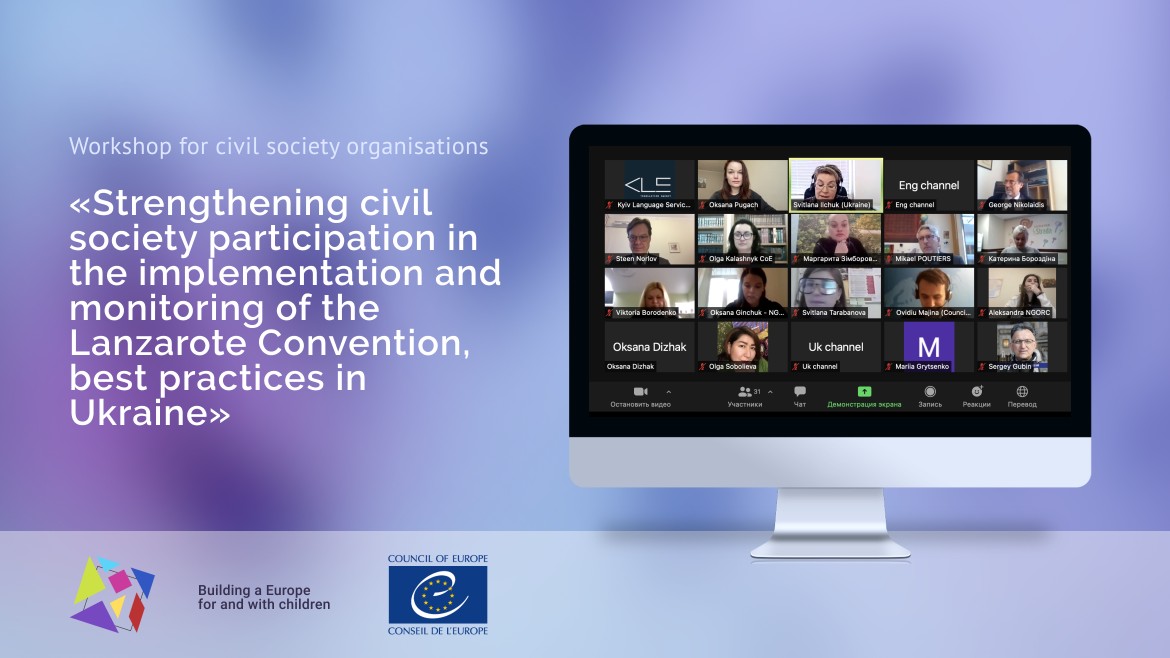 Cooperation with civil society actors, particularly with non-governmental organizations (NGOs), is essential for the promotion, implementation and monitoring of the Lanzarote Convention at local, national and international levels. In order to further strengthen cooperation between the Council of Europe and civil society actors and to build capacities to strengthen the prevention and protection of children from sexual exploitation and sexual abuse, the Council of Europe project "Combating violence against children in Ukraine" organised an online workshop for civil society organisations "Strengthening civil society participation in the implementation and monitoring of the Lanzarote Convention, best practices in Ukraine".

"The involvement of civil society in preventing and combating child sexual exploitation and abuse is crucial. The Lanzarote Convention explicitly recognizes the role of  civil society actors in its effective implementation, " said Steen Norlov, Head of the Council of Europe Office in Ukraine, in his welcoming speech.

More  than 30  participants joined the training workshop from among NGO representatives working on the protection of children's rights from sexual violence and exploitation. Representatives of NGOs that are current and/or future partners of the Council of Europe for cooperation in the protection of children from sexual exploitation and sexual abuse were also invited.