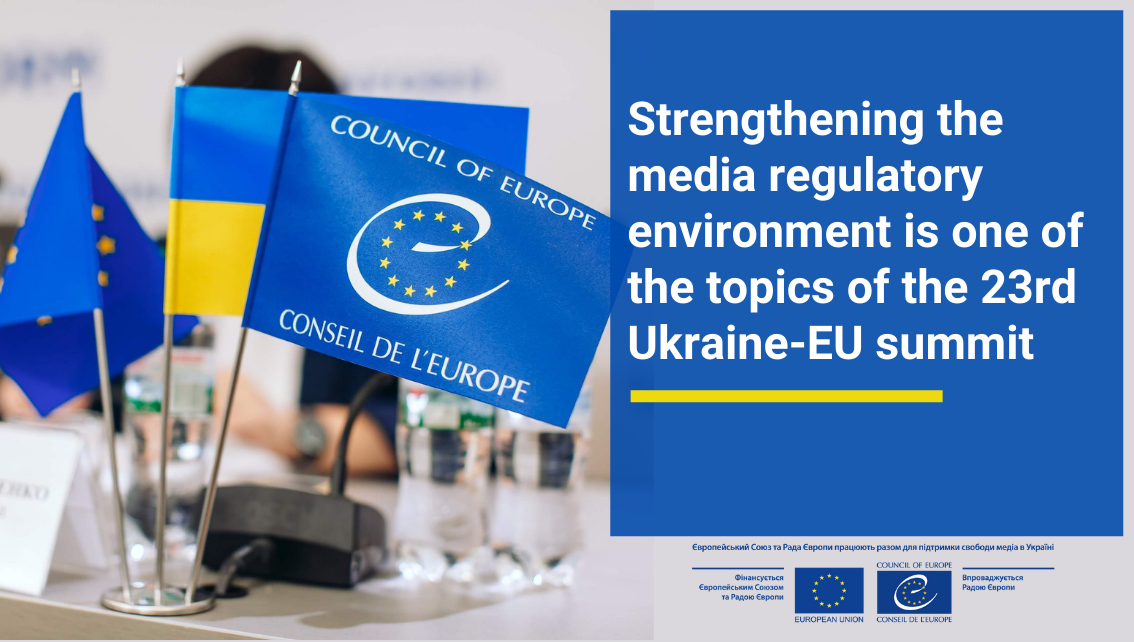 On October 12, 2021, in a joint statement following the 23rd Ukraine-European Union summit, the importance of strengthening independent media and the regulatory environment was highlighted.

"We acknowledged the importance of further strengthening cooperation in countering hybrid threats and tackling disinformation. The EU will continue to support Ukraine’s resilience, including through the strengthening of independent media and the regulatory environment, as well as sharing best practices on media freedom and literacy, strategic communications and supporting Ukrainian initiatives to tackle disinformation," mentioned in the statement.

According to the Association Agreement with the European Union, Ukraine is obliged to align Ukrainian legislation with the EU acquis in the area of audio-visual media services, including the Audio-visual Media Services Directive. This commitment is still outstanding.

The Directive provides for restrictions on the distribution of harmful content, especially for children, a gradual increase in the availability of media services for people with disabilities through proportional measures, regulation of video sharing platforms, requirements for the dissemination of commercial messages, guaranteeing the right of reply in case of dissemination of unreliable facts about the person, strengthening the independence and autonomy of the regulatory body in the field of audio-visual media, the obligation of the state to promote and take measures to develop media literacy skills, encourage co-regulation and promote self-regulation of media through codes of conduct, etc.

Moreover, as a member of the Council of Europe, Ukraine is obliged also to adhere to its standards.

In addition to fulfilling international obligations, Ukraine has long needed to update its  national legislation in the audiovisual field to meet the requirements of modern information and media landscape.

Therefore, it is important to adopt a new law on media, which would strengthen the independence and efficiency of the National Council of Ukraine on Television and Radio Broadcasting, provide legal conditions for the establishment and functioning of community broadcasting, introduce simple registration procedures for media entities that are not subject to competitive licensing, etc.

Furthermore, bringing national audio-visual legislation in line with the EU legislation will provide more opportunities to support the cultural and creative sectors in Ukraine under the European Union funded Creative Europe program. In particular, one of these opportunities is the expansion of funding for joint creative projects for the Ukrainian media business in an additional 10 areas of the Media sub-program after the adoption of new audio-visual legislation.

The project "The European Union and the Council of Europe working together to support freedom of media in Ukraine" has provided expertise of international and Ukrainian experts and  facilitated in-depth public and expert discussions in the drafting process of the media law.