The event was organized by the Project “EU and Council of Europe working together to support freedom of media in Ukraine” in cooperation with the Coalition Reanimation Package of Reforms and the Center for Democracy and Rule of Law. The Public Broadcaster UA:PBC and the SCO “Detector Media” provided information support. We would like to remind that during March 2 - April 1, 2021 there was a possibility to submit the documents for participation in competition for a position of the Head of the Management Board of UA:PBC. The Supervisory Board of UA:PBC admitted 13 out of 16 candidates to participate in the first stage of the competitive selection, and only 4 candidates were admitted to the second stage, who presented their programs during the conference, namely: Vitaliy Dokalenko, Oksana Tsybulya, Mykola Chernotytskyi, and Andriy Shapovalov. On April 27, the Supervisory Board will elect the Head of the Management Board of UA:PBC for the next 4 years. 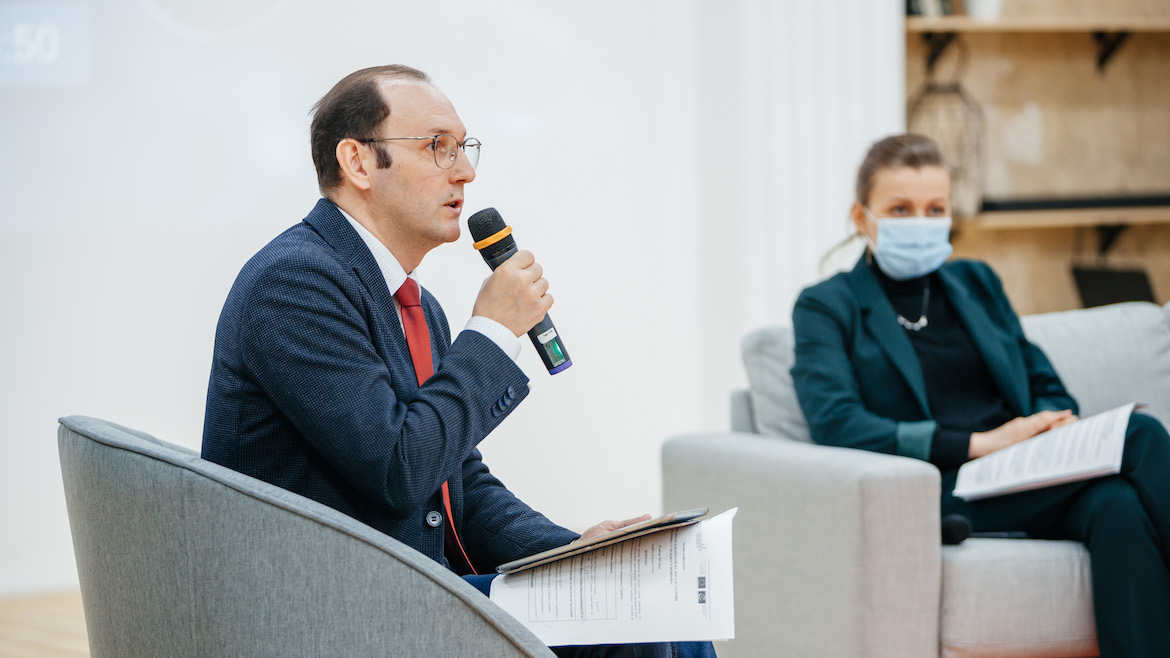 The conference consisted of two parts. In the first, the participants discussed the achievements of the Public Broadcaster in the Ukrainian society and the challenges for the next period. In the second part, the debate took place between the candidates: the candidates for the position of Head of Management Board presented their programs, answered questions of the moderator Andriy Kulakov, Programme Director of  CSO “Internews-Ukraine”, and of each other. “The Council of Europe recommendations devote significant attention to public broadcasting and establish high standards for remit, governing bodies, editorial independence, financing and gender equality. According to the standards, independence is a key requirement of public service media.  The rules on management boards of public broadcasters, especially their membership, should be defined in a manner which avoids placing the boards at risk of any political or other interference,” said Steen Nørlov, Head of the Council of Europe Office in Ukraine. 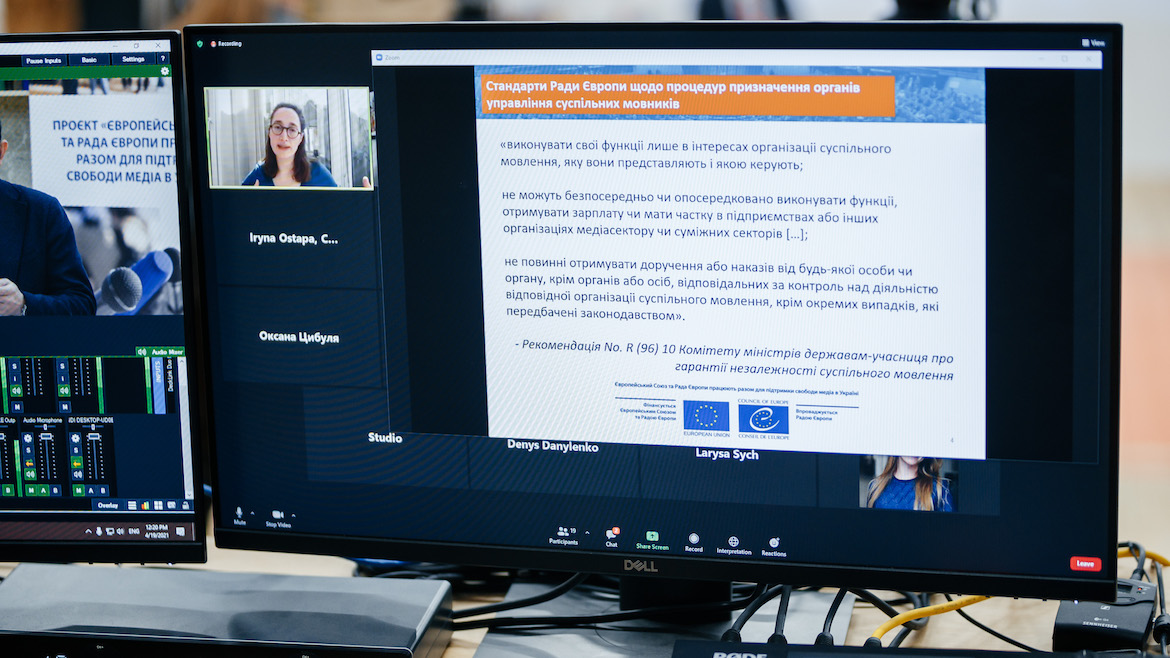 In addition, the Council of Europe standards on procedures for the appointment of the management of public broadcasters, as mentioned by Sally Broughton Micova, Council of Europe expert, set out the following principles:

An independent and financially stable public broadcaster is a necessary precondition for democracy and democratic values. 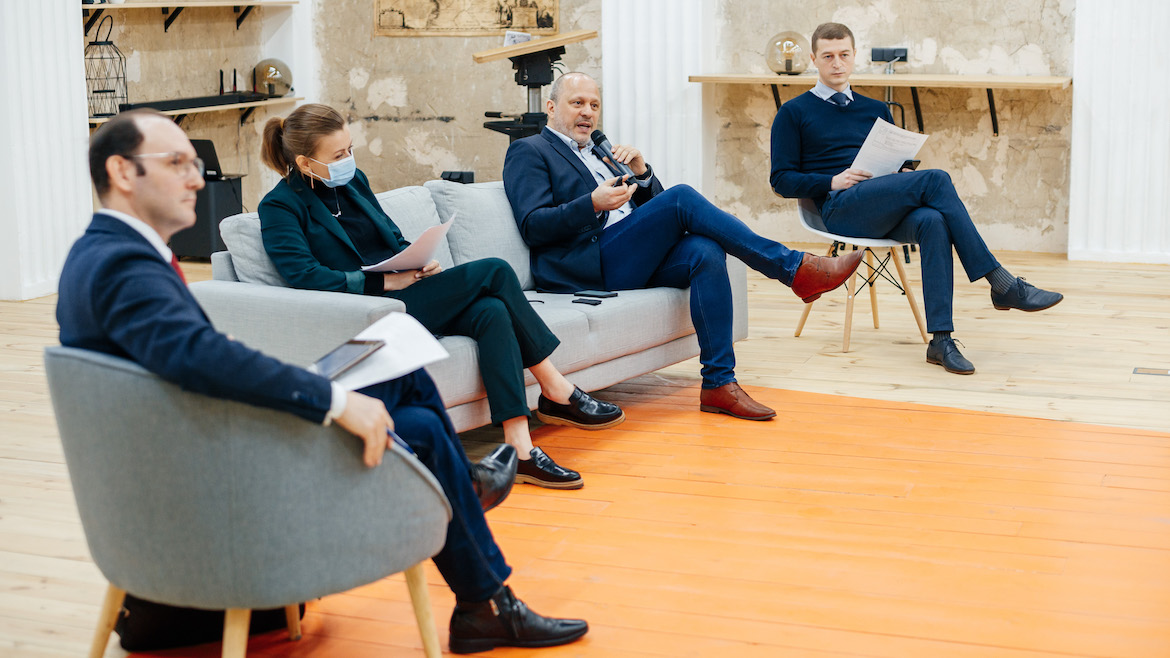 Zurab Alasania, Head of Management Board of UA:PBC, said: “Now journalists from other media groups envy their colleagues from the UA:PBC that no one dictates anything to them. The Public Broadcaster also demonstrates integrity in both journalistic standards and financial transparency.”

Also, the current Head of UA:PBC among the achievements of the Public Broadcaster in recent years highlighted the following: 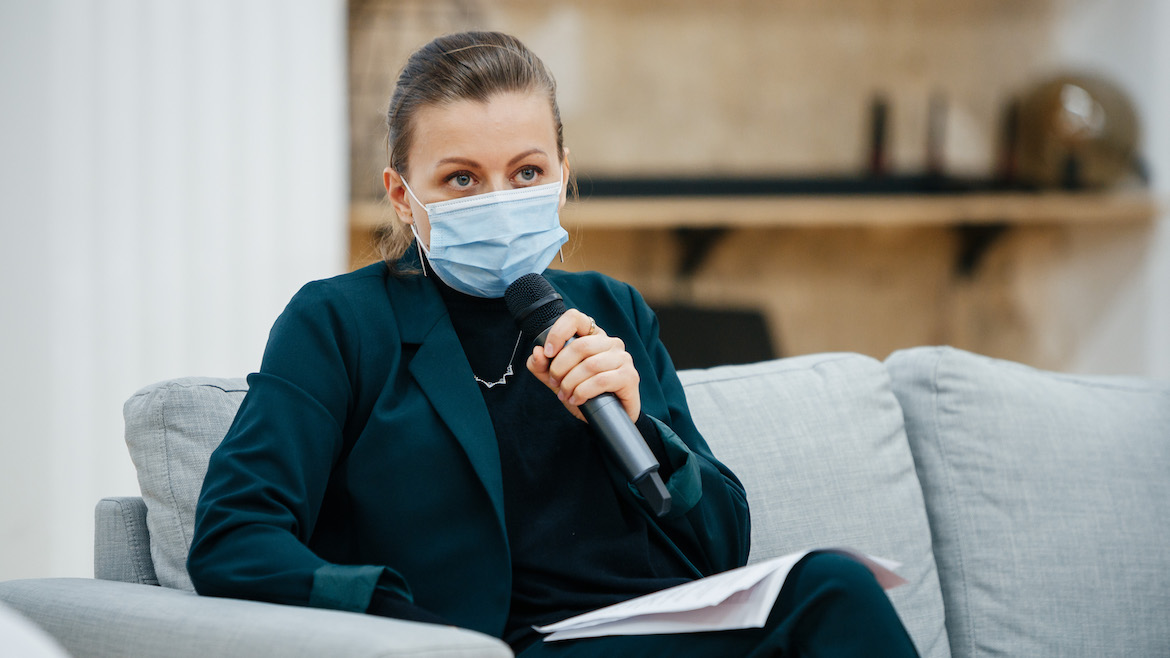 Tetyana Rudenko, Member of the National Council of Ukraine on Television and Radio Broadcasting, said: “Although the Public Broadcaster has had several years of productive work and has its own achievements, it is now on the threshold of a new stage. For the first time there is a process of re-election of the governing bodies of UA:PBC - Head of Management Board  and the team of people who will lead UA:PBC for the next 4 years. This is a competition of ideas, views and vectors of movement for the company in the near future. Choosing the best candidate is an important task for the Supervisory Board. The National Council is ready to cooperate with the new Head, so that all good traditions continue. And we believe that no matter who comes to this responsible position, the Public Broadcaster will remain public.” 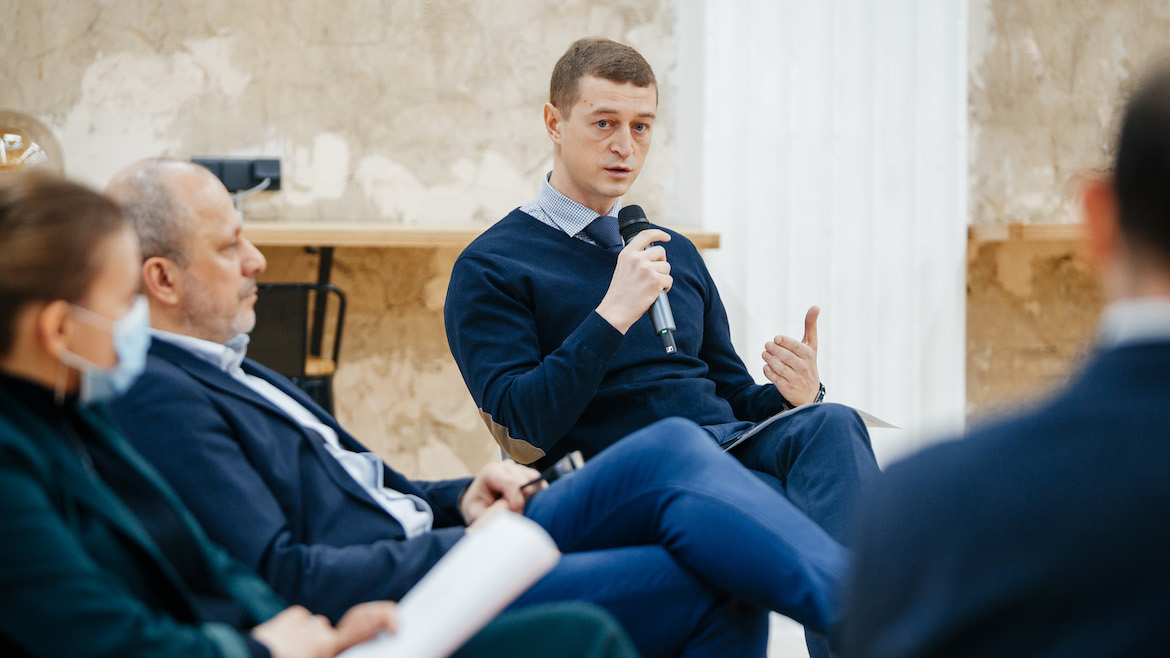 Speaking of the independence of the Public, it is important to provide conditions for its sustainable and predictable funding. This was emphasized by Denys Denysenko, Executive Director of the Coalition of the Reanimation Package of Reforms. After listening to the debate between the candidates, Mykyta Poturayev, Chair of the Parliamentary Committee on Humanitarian and Information Policy, summed up: “I am convinced that all participants of the competition, the Supervisory Board, the future Head of the Management Board, future board members will make every effort to help Public Broadcaster have influence, because it is a democratic institution. If it has influence and weight, it means that democracy will be strengthened in the country.”