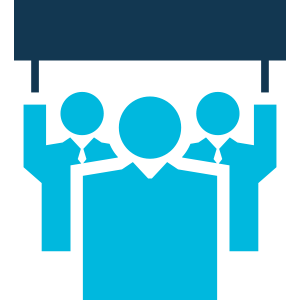 Hyde Park is a free speech NGO. It organised a series of protests in Chişinău in 2005 and 2006. However, the authorities banned the events, giving reasons such as the fact that they disagreed with the point the protest was making. The European court ruled that the bans violated the right to free assembly. This and other cases led to reforms to protect free assembly in Moldova.

Four Ukrainians formed a group to help protect their local environment. However, when they tried to register their association the authorities refused, relying on administrative technicalities. The group had to dissolve. The European court ruled that this had violated the group’s right to freedom of association. In 2013 a new Law on Civil Associations created proper rules to protect such groups.

Themes: Freedom of assembly Human rights and the environment

A human rights NGO planned a march in Yerevan, to commemorate a man who had died in police custody. The Mayor’s office banned the march. The Strasbourg court ruled that the ban had not been properly justified, breaching the NGO’s right to free assembly. After the ban, reforms were made to protect the right to hold public demonstrations in Armenia.

Reforms to protect free assembly after protest was banned

In 2001 the Christian Democratic People’s Party of Moldova organised peaceful public protests calling for elections and European democratic values. The authorities banned the meetings. The Strasbourg court ruled that the ban had been disproportionate, and violated the right to free assembly. This case and others led to substantial reforms to protect the right to free assembly in Moldova.

Human rights defender Oleksiy Vyerentsov organised demonstrations to protest against corruption. The peaceful gatherings were banned, Mr Vyerentsov was convicted of an offence and he was sentenced to three days’ detention. The European court ruled that his rights had been breached. The case led to ongoing reforms to protect the right to peaceful demonstrations in Ukraine.

Better protections for peaceful demonstrations after protest was banned

An NGO organised a series of demonstrations in Warsaw, to highlight discrimination against women and minorities. The gatherings were banned, after the city’s mayor said that he was against them because they included support for homosexual rights. The Strasbourg court ruled that the ban violated the right to public assembly. This led to changes to Polish law to protect the right to protest.

Themes: Right to equality and freedom from discrimination Freedom of assembly

* Following its expulsion from the Council of Europe on 16 March 2022, the Russian Federation will cease to be a party to the European Convention on Human Rights on 16 September 2022.