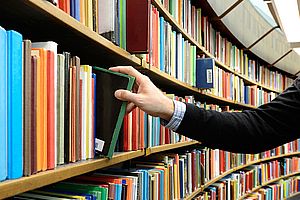 These texts either served as guidelines for the division's work, or, sometimes, came about as a result of the work of the division. They too reflect the historical and social changes that took place over the years and that have influenced the work of the whole directorate of Education.

1949: Treaty of London establishing the Council of Europe

1954 – Signature of the European Cultural Convention, forming the framework for the Council's work in education

1953: first conference on "The European Idea in history teaching" in Calw (Germany)

1983: Recommendation (83) 4 of the Committee of Ministers concerning the "Promotion of an awareness of Europe in Secondary schools"

1990: Accession of the first State from the former Soviet Block: Hungary

1965: Symposium on "History Teaching in Secondary Education" in Elsinor (Denmark)

1996: Recommendation 1283 of the Parliamentary Assembly on history and the learning of history in Europe

1991: Symposium on "History Teaching in the New Europe" in Brugge (Belgium)

1996:  Cooperation with Central and Eastern Europe: The "New initiative of the Secretary General"

2001:  Rec(2001)15 of the Committee of Ministers on history teaching in twenty-first-century Europe

2005:  "Intercultural dialogue": Third Summit of Heads of State and Government in Warsaw (Poland)

2007: The way ahead – " Building a more humane and inclusive Europe": Standing Conference of European Ministers of Education, Istanbul (Turkey)

2008: White Paper on Intercultural Dialogue – “Living Together As Equals in Dignity”.

2011: Recommendation CM/Rec(2011)6 on intercultural dialogue and the image of the other in history teaching

1997: First regional seminar on “The reform of history teaching in secondary schools” in Tbilissi (Georgia)

2010-2014 Project "Shared histories for a Europe without dividing lines"