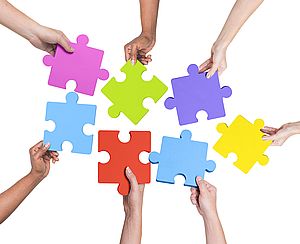 The deep transformations that have imprinted all european societies over the last thirty years have their roots in very different historical processes.

Western Europe, at the end of the 60s and beginning of the 70s, saw its culture and its sociability patterns transformed by the rise of very deep cultural demands (gender equality, freedom of expression, challenges to the traditional forms of authority, …) and by the effects of the crisis affecting the classical industrial economy, through the dismantling of the coal mine and iron ore regions and the production crisis of secondary industries.

In central and eastern Europe, it is the collapse of the communist systems, responsible for the upheaval of traditional social structures some 40 years previously, that lead to the need to rebuild value systems and patterns of sociability.

In both instances, and despite remarkable balancing measures, tensions and difficulties remain.

The development of new technologies and globalisation further added to the complexity of the problems and the difficulty to answer them, while, at the same time, becoming new fields where one can experiment to try and find solutions.

The impact of these transformations on the educational system has, of course, been tremendous.