Italy and Spain: CPT reports critical that safeguards for foreign nationals returned by air not adequate

français
The Council of Europe’s Committee for the Prevention of Torture and Inhuman and Degrading Treatment or Punishment (CPT) publishes today the reports on two return flights it has monitored: one from Rome to Lagos (Nigeria) on 17 December 2015 and the other from Madrid to Bogotà (Colombia) and Santo Domingo (Dominican Republic) on 18 February 2016. The two joint removal operations of foreign nationals by air were co-ordinated by Frontex (now European Border and Coast Guard) and organised by Italy and Spain, with the participation of other countries. The responses of the Italian and Spanish authorities to the reports are also published.
15/12/2016 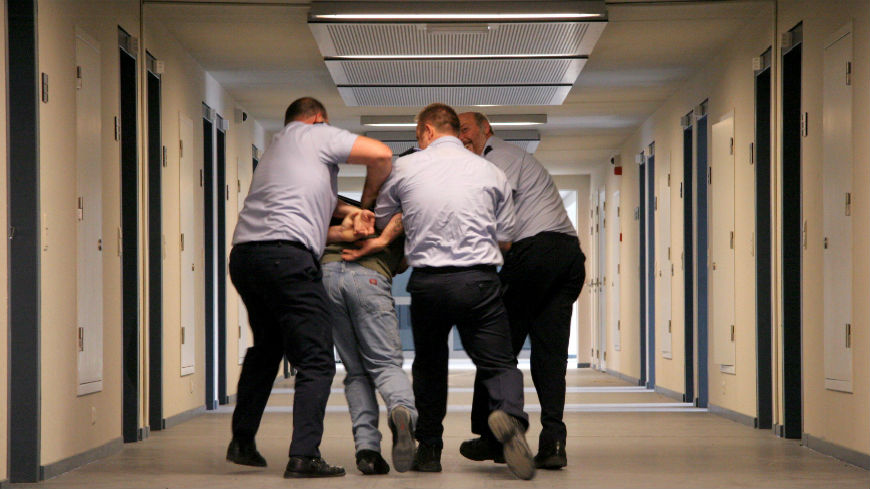 The CPT’s delegations monitored all phases of both joint removal operations. No allegations of physical ill-treatment of detained persons by staff were received and the escort staff were, in general, supportive of the needs of the foreign nationals. The CPT is not fully convinced of the policy of the Italian and Spanish authorities of informing detainees of their imminent removal only on the day of departure itself. It recommends that the authorities provide adequate information in writing to all persons being removed several days in advance of the flight and that these persons are given access to a lawyer and to a telephone before their removal.

The CPT’s report on the joint removal operation from Rome to Lagos is critical of the fact that some Nigerian citizens were removed from Italy while court appeals in relation to their asylum requests were still pending. Proper information flows between courts and law enforcement authorities on pending appeals and the suspensive effect of the expulsion orders should be established. In their response, the Italian authorities acknowledge the need to improve the existing mechanisms. They refer to ongoing legislative reforms which aim to reduce the timeframe for the processing of asylum applications and to review the suspensive effect of appeals lodged against the rejection of those applications. The report also covers other issues such as the need for a systematic medical examination of persons being removed prior to their departure, the recruitment of escort staff, the measures to be taken to avoid professional exhaustion syndrome and the establishment of effective complaints and monitoring mechanisms.

An incident of a medical nature that occurred to a returnee during the flight from Madrid to Bogotà and Santo Domingo highlighted the importance of ensuring that all persons being removed should undergo a medical examination a few days prior to his/her departure with a view to issuing a fit-to-fly certificate. The CPT’s report on the monitoring of the joint removal operation to Bogotà and Santo Domingo also covers issues such as the independence of health-care staff on board return flights, the necessity for escort staff to receive training (particularly on the psychological aspects of escort duty) and the risk assessment of returnees. The Spanish authorities in their response acknowledge the need for these recommendations and refer to the existing Spanish legislative framework.

Both reports also address specific recommendations to Frontex in relation to the need to develop more precise common rules on the use of means of restraint, since different approaches by the national escort staff were evident to the CPT’s delegations during the monitoring of the joint removal operations. Further, the CPT advocates the creation of an effective complaints mechanism for the conduct of Frontex escort staff and remains unconvinced that the EU regulation on the European Border and Coast Guard provides for a rigorous complaints mechanism with guarantees that any complaints will be dealt with in an effective, expeditious and thorough manner.

Both reports and responses are published at the request of the Italian and Spanish authorities respectively.