français
The European Committee for the Prevention of Torture and Inhuman or Degrading Treatment or Punishment (CPT) held its 92nd plenary meeting from 6 to 10 March 2017 in Strasbourg.
13/03/2017 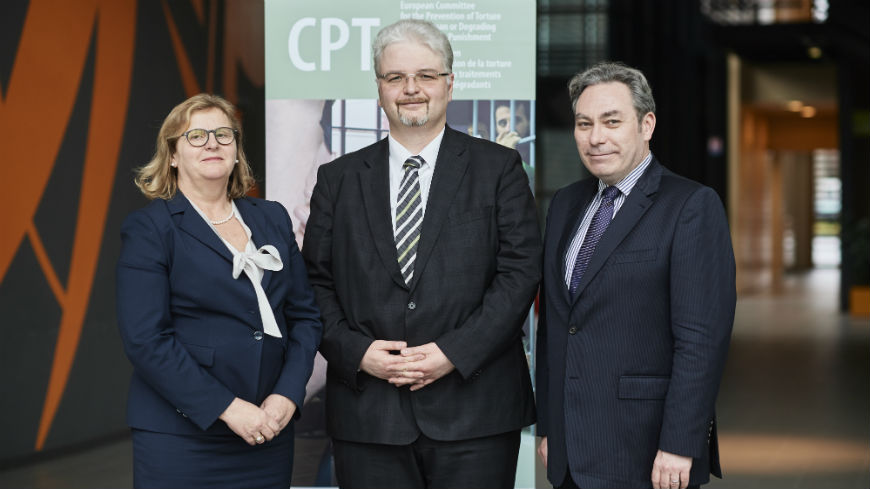 During this meeting, the Committee adopted the reports on its periodic visits to Lithuania (carried out in September 2016), Portugal (September/October 2016) and Spain (September/October 2016), and on its ad hoc visits to Ukraine (November 2016) and to “the former Yugoslav Republic of Macedonia” (December 2016). These reports will be sent in due course to the respective authorities. In accordance with Article 11, paragraph 2, of the ECPT, the CPT’s reports and the government responses are published only at the request of the authorities.

During its meeting, the CPT also prepared future periodic and ad hoc visits. Other items discussed included the states’ responses to previous visit reports, and thematic issues such as the use of restraints in psychiatric institutions. On this latter topic, the CPT adopted new standards, which will be published shortly.

The CPT re-elected Mykola Gnatovskyy as its President. Mr Gnatovskyy is Professor of International Law at Taras Shevchenko National University, Kyiv (Ukraine). Marzena Ksel, medical expert at the Regional Court of Cracow (Poland), was re-elected 1st Vice-President, and Mark Kelly, Commissioner at the Irish Human Rights and Equality Commission, was elected 2nd Vice-President. These three members of the CPT constitute the Committee's Bureau.

In the context of this meeting, an exchange of views took place between the CPT and judges of the European Court of Human Rights on several topics of common interest.