You were redirected to https://www.coe.int/da/web/commissioner/-/member-states-should-provide-more-support-to-russian-and-belarusian-human-rights-defenders .

Click the following link if you want to dismiss this redirect and access the original URL: Mil . 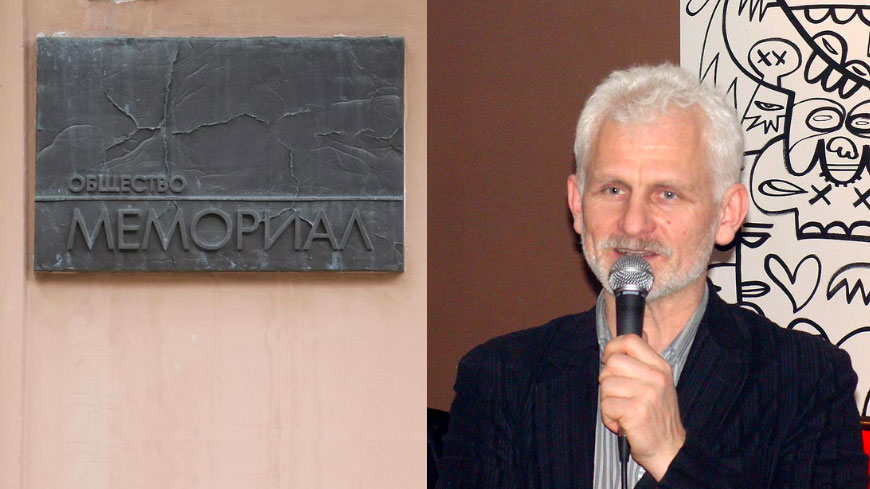 The plaque of Russian NGO Memorial in Moscow and a portrait of Belarusian human rights defender, Ales Bialiatski.

The recent awards of the Nobel Peace Prize and of the Vaclav Havel Prize to human rights defenders from Russia, Belarus and Ukraine is an additional recognition by the international community of the crucial role defenders play in advancing and protecting human rights for all, especially in times of war and crisis like the current one.

Many of these defenders, in exile or in their countries, now need more resolute support from Council of Europe member states.  I see four minimum measures on which member states should focus their efforts.

First, member states should be outspoken in denouncing violations against Russian and Belarusian human rights defenders, in particular now that they are facing increasing judicial harassment and prosecution for their opposition to the war. Since many of them have been sanctioned or imprisoned as a retaliation for their legitimate work, all stakeholders should call for their immediate release and for those responsible for misusing the criminal justice system against them to be held accountable.

Second, continuous political and practical support should also be provided to those who remain in Russia and Belarus and are willing and able to carry out their civil society and human rights work there. In particular, adequate financial aid and funding should be continued and increased while guaranteeing the safety of the beneficiaries.

Third, some member states have adopted and implemented comprehensive and sustainable relocation policies to help human rights defenders and civil society activists settle outside Russia or Belarus. Other Council of Europe member states should follow suit. This should include cooperation among member states, including at the level of consular services, and exchange of best practices. It is important to provide a variety of legal channels adapted to the specific situation of civil society members from Russia and Belarus to ensure that they and their families can be safely relocated in the Council of Europe area. This may include access to emergency visas and travel documents not only from their countries of origin but also from third countries. Successful relocation should also include cooperation and consultation with trusted civil society partners who can play an important role in verification proceedings and assisting activists upon their arrival to a safe country and in their integration. In addition, member states should have effective safeguards in place against extraditions of those who are prosecuted or convicted for their legitimate work.

A fourth measure should be to grant human rights defenders and civil society activists a stable residence in host countries, facilitating their work and providing social benefits to them and their family members. This represents a crucial step in ensuring that they can resume their activities in a safe and enabling environment. The process of registering their new legal entities and their functioning, including their access to funding, should be eased while providing adequate safeguards adapted to their specific situation, including personal data protection.

Human rights defenders, volunteers and independent journalists, including from Russia and Belarus, play an important role in the context of the ongoing war in Ukraine. Some of them are working in the field, documenting human rights abuses, assisting victims and independently reporting to the whole world, particularly to Russian-speaking societies. They contribute tirelessly to raising awareness and bringing the truth to light, sometimes at the risk of their own liberty, safety and even lives.

For too many years, human rights defenders across Europe and even beyond have been harassed, imprisoned, or killed, as I have highlighted throughout my mandate. It is now time that Council of Europe member states reverse this trend. Working with human rights defenders, supporting them and building bridges for a better future is of crucial importance for a peaceful Europe where human rights, democracy and the rule of law become reality for all.