“Cultural Route of the Council of Europe” certified in 2020

Starting in Northern Germany, and reaching Rome through Austria and Italy, the Via Romea Germanica is retracing the steps of Abbot Albert of Stade as narrated in his diary. He was a pilgrim on his way to Rome in 1236 with a mission to ask the Pope for approval of the new Monastic Rule for his community. In the Annales Stadenses, written in 1256, abbot Albert analysed different routes to Rome, describing places, characteristics and distances. In his writings, we can read a detailed description of the best way (the “Melior Way”) for pilgrims coming from Germany, Sweden, Denmark, Norway and the Baltic Countries to get to Rome. Since then, the Via Romea Germanica has been travelled by emperors, kings, soldiers, travellers and merchants.

Connecting cities like Augsburg, Trento, Padua, Ravenna, among the many historic sites, villages and landscapes, the Via Romea Germanica is an international cultural route for travellers who wish to discover and appreciate the uniqueness and variety of its path from the cultural, historic and natural point of view. Its heritage shares religious, cultural and social values identified through historical buildings, cultural landmarks, artefacts, and architectural sites of the greatest cultural and historic relevance.

Today, the Via Romea Germanica is a cultural and sustainable tourism network revitalising this historical route at the benefit of travellers wishing to enjoy the natural landscape while also discovering local century old heritage. The landscape is majestic from the vast German plains and forests, the mountain areas of the Austrian and Italian Alps and the Apennines, to Tuscany and Umbria hills and the Roman countryside. Today, 21st century travellers can experience the Route’s cultures, architecture, customs, traditions, and gastronomy through cultural events, festivals and art exhibitions. The Via Romea Germanica is promoted as a cultural destination for leisure, walking and cycling.

The Via Romea Germanica is a bridge between the North and the South of Europe that contributes to mutual understanding and the construction of a shared Europe through the rediscovery of past historic journeys and cultural exchanges. The project aims to enhance interreligious dialogue through a sustainable cultural tourism. The route furthermore fosters Council of Europe values of democracy and human rights through the promotion of European citizenship, education and cultural rights. 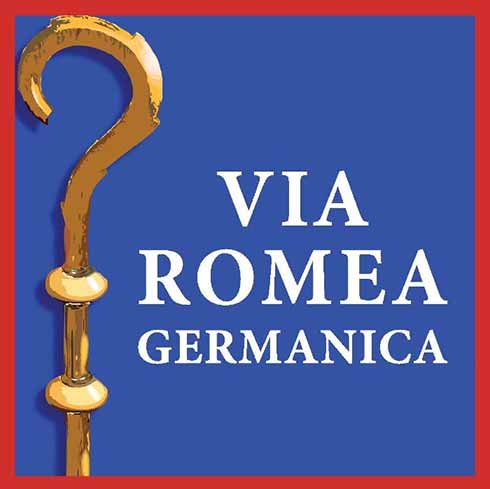 European Association of Via Romea Germanica