Thorbjørn Jagland re-elected Secretary General of the Council of Europe 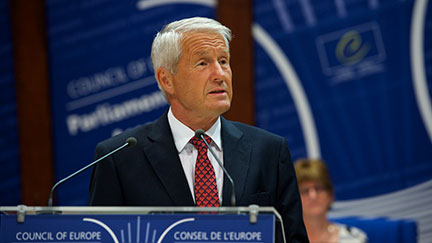 In the first round of the election, Thorbjørn Jagland obtained 156 votes (an absolute majority) and Sabine Leutheusser-Schnarrenberger (Germany) 93 votes. There were 249 votes cast.

Mr Jagland was elected Secretary General of the Council of Europe for a first term in 2009. The same year, he was also elected Chairman of the Norwegian Nobel Committee. He was President of the Norwegian Parliament (Storting) from 2005 to 2009.