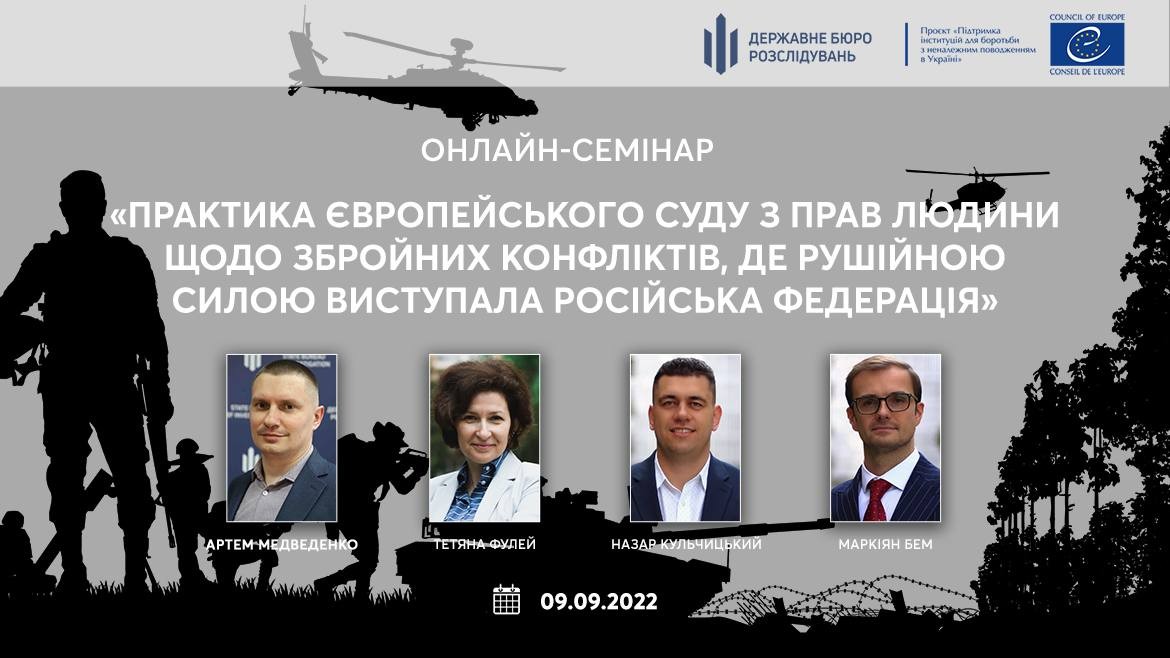 100 investigators and operative staff of the State Bureau of Investigation (SBI) have joined today's online seminar. Together with the Council of Europe experts they had the opportunity to discuss the standards of the European Convention on Human Rights (ECHR) and the case-law of the European Court of Human Rights (ECtHR) based on cases related to armed conflicts where the Russian Federation was the driving force. The event agenda covered the following topics.

• Jurisdiction of states under the ECHR;

• The concept of “effective control” in the ECtHR case-law;

• Extending the state's jurisdiction to the active phase of hostilities;

• Planning and preparation of military operations

• Use of lethal force

• Negligence in the choice of measures taken

• Rights guaranteed by the ECHR, which could potentially be restricted during an armed conflict and require investigation, in particular:

• Requirements of the ECtHR as to effective investigation during armed conflict:

Participants were able to actualize the knowledge received through their practical experience of nowadays based on ECtHR cases with regard to the unrecognized Transnistrian Moldavian Republic, Georgia, the Chechen Republic, the Autonomous Republic of Crimea and others.

The seminar took place within the framework of the Council of Europe project “Supporting Institutions to Combat Ill-Treatment in Ukraine, Phase II”, the beneficiary of which is the SBI.