français
Representatives of the Council of Europe's Committee for the Prevention of Torture and Inhuman or Degrading Treatment or Punishment (CPT), held high-level talks with the United Kingdom authorities in London on 26 April 2017.
27/04/2017 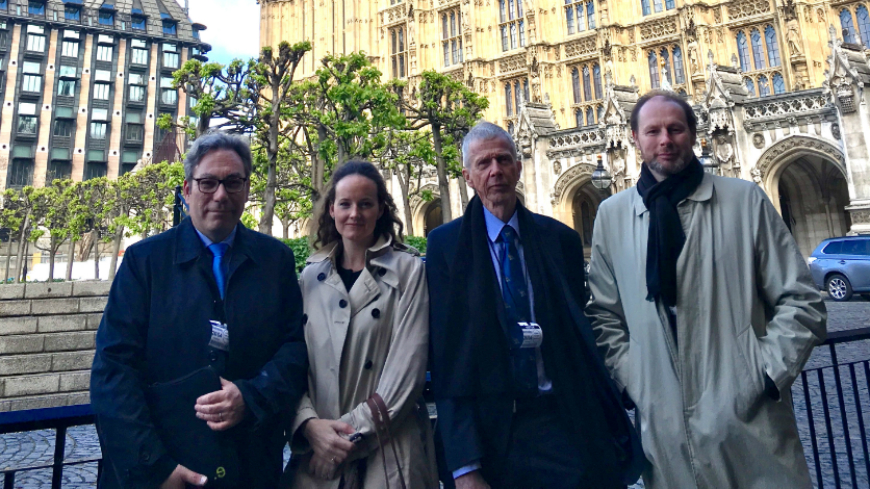 The objective of the talks was to discuss the implementation of the recommendations set out in the report on the CPT’s 2016 visit to the United Kingdom. The report, which was published last week (CPT/Inf (2017) 9), raises serious concerns over the lack of safety for inmates and staff in prisons in England. Causes include prison violence spiralling out of control, poor regimes and chronic overcrowding. The report also examined the treatment afforded to patients in a number of psychiatric hospitals. It noted the caring approach by staff in these institutions but is critical of the safeguards concerning forced treatment, the use of force on patients and the use of long-term segregation and night-time confinement in high secure hospitals.

The authorities with whom the delegation met included Secretary of State for Justice and Lord Chancellor, Elizabeth TRUSS, Prisons and Probation Minister, Sam GYIMAH and Chief Executive of Her Majesty’s Prison and Probation Service, Michael SPURR.

In addition, the delegation met the Chair of the UK National Preventive Mechanism against Torture (NPM) and senior representatives from the Care Quality Commission. It also met the Prison Reform Trust, Howard League for Penal Reform, Children’s Rights Alliance of England and Inquest.

The CPT was represented by 2nd Vice-President Mark KELLY and Georg HOYER, and by Hugh CHETWYND (Head of Division) and Francesca GORDON of the CPT’s Secretariat.
2017-04-27T04:23:00