You were redirected to https://www.coe.int/web/cpt/-/greece-council-of-europe-anti-torture-committee-calls-for-the-situation-of-psychiatric-patients-to-be-improved-while-criticising-once-again-the-poor-t .

Greece: Council of Europe anti-torture committee calls for the situation of psychiatric patients to be improved, while criticising once again the poor treatment of immigration detainees

français
The Council of Europe's Committee for the Prevention of Torture and Inhuman or Degrading Treatment or Punishment (CPT) has published today the report on its most recent visit to Greece from 10 to 19 April 2018, together with the response of the Greek authorities.
19/02/2019 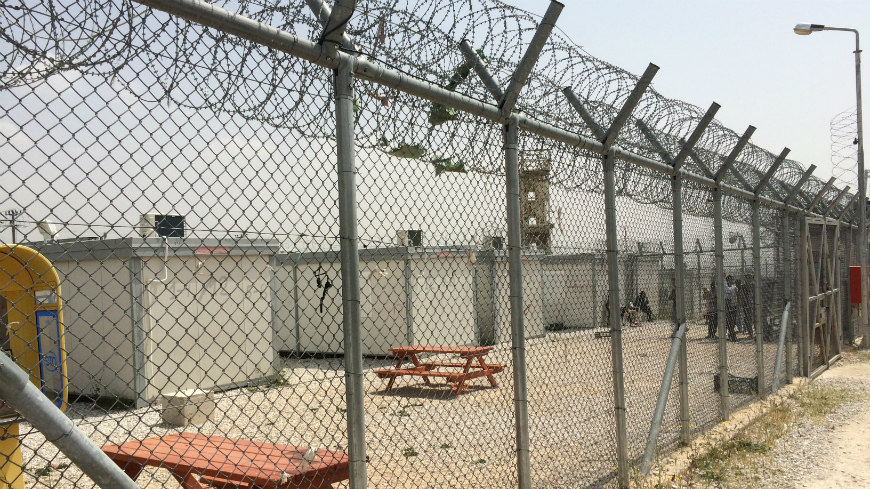 The report highlights the systemic overcrowding in three of the five psychiatric establishments visited (Evangelismos, Gennimatas and Sotiria), with patients at Evangelismos being accommodated in the corridors. In all five hospitals visited, the CPT is critical of the lack of staff and over-reliance on pharmacotherapy, and the fact that patients were offered few activities. Another concern is the widespread practice of excessive and/or inappropriate use of mechanical restraint. The CPT also received some isolated allegations of ill-treatment (punches, tight restraints, and verbal abuse) by staff at the private “Athina Vrilissa” Psychiatric Clinic. Further, at Korydallos Prison Psychiatric Hospital, it found that the use of the basement protection cells for the seclusion of patients without supervision and for extended periods could easily be considered inhuman and degrading. Moreover, safeguards surrounding involuntary placement procedures were found to be insufficient in law and practice.

In their response, the Greek authorities accepted most of CPT’s recommendations aimed at improving the situation in psychiatric establishments. In particular, the new draft law governing involuntary placement will increase the safeguards for psychiatric patients. Swift action was taken to close down the basement protection cells at Korydallos Prison Psychiatric Hospital. Moreover, an external supervisory body will be established and a Committee be set up to monitor and evaluate the use of means of restraint and medication in all psychiatric institutions in Greece.

As regards immigration detention, the CPT stresses once again the need for a coordinated European approach to address the high number of foreign nationals arriving in Greece. At the same time, the report recalls that foreign nationals deprived of their liberty by the Greek authorities must be treated humanely and with dignity.

In the course of the visit, the CPT received a number of credible allegations of police ill-treatment (slaps, punches, kicks, baton blows and verbal abuse) from foreign nationals held in detention in the Evros region and at Moria Pre-removal Centre on Lesvos. It also received several credible allegations about the occurrence of “push-back” operations, whereby foreign nationals were returned from Greece to Turkey by boat across the Evros River; some of the persons met alleged that they had been ill-treated (including baton blows to the head) by police and border guard officers or (para-) military commandos during such operations.

Conditions of detention were found to be grossly sub-standard in some of the police and border guard stations visited, such as at Isaakio, where foreign nationals were detained overnight in two filthy cells with less than 1.5 m² of living space each. The Pre-removal Centre in Fylakio was so severely overcrowded, that single men, families, children and pregnant women were crammed together for several weeks or months with little more than 1 m² of living space per person, a situation that can easily be considered as amounting to inhuman and degrading treatment. The provision of health care services also remained inadequate, with a chronic lack of health care staff and an absence of even the most basic medical equipment and medication.

Regrettably, the CPT had to reiterate its recommendations that the Greek authorities increase significantly the number of dedicated open (or semi-open) shelter facilities for unaccompanied minors and that they fundamentally revise their policy regarding the detention of unaccompanied minors both for reception and identification purposes and under “protective custody”. The CPT recommends that an end should be put to holding unaccompanied minors in reception and identification centres, pre-removal centres, special holding facilities for irregular migrants or police and border guard stations. The CPT also calls for an end to the routine detention of children with their parents in police establishments upon their arrival in the country.

In their response, the Greek authorities deny that the practice of “push-backs” exists and point out that investigations into alleged unofficial removals and police ill-treatment found no disciplinary liability by the Hellenic Police. Further, the authorities explain that the poor conditions of detention in the Evros region were due to the increased migratory pressure at the time of the CPT’s visit. On a more positive note, the authorities plan to refurbish police detention facilities used for holding irregular migrants in line with CPT standards and to improve the conditions in the eight pre-removal detention facilities in the country.