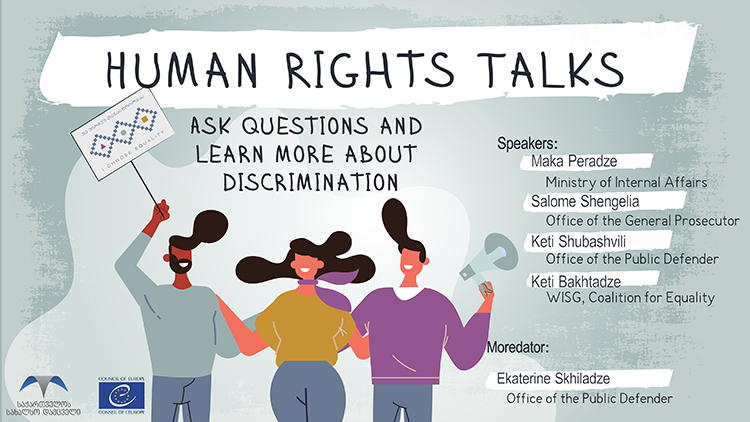 The audience were invited to ask questions during the online meeting or email them before the event anonymously.

The video of the Human Rights Talks is available online in Georgian.

The online talks series was initiated together with the Public Defender’s Office  following the outbreak of COVID-19 in Georgia and covered wide range of topics including civil activism, access to education, tackling hate speech and disinformation, the role of media in time of crises and discussions with representatives of minority groups.

The Human Rights Talks: Equality Matters is organised in the frame of the I Choose Equality campaign which is implemented as part of the Council of Europe co-operation project “Fight against Discrimination, Hate Crimes and Hate Speech in Georgia”. The project is implemented under the Council of Europe’s Action Plan for Georgia 2020-2023 with the support of the Danish Neighbourhood Programme in Georgia (DANEP).