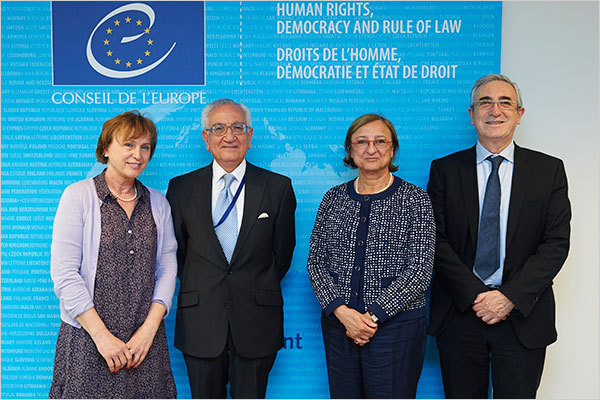 In recognition of the work towards the promotion of North-South solidarity and dialogue, Malta makes a voluntary contribution towards the activities of the North-South Centre

Malta’s Government has made a voluntary contribution of 11.011,41€ to fund the activities of the North-South Centre.

This additional funding, to the activities of the centre in the scope of the Euro-Arab and Mediterranean Youth Co Operation, represents a symbolic gesture to highlight Malta’s commitment to the NSC and the recognition of its work towards the promotion of North-South solidarity and dialogue. More

Around thirty think tanks and public diplomacy institutions met in Barcelona, late May and agreed to create the “Med Think 5+5”, a new network of think tanks that will have its headquarters in the city.

The objective of the network, which the IEMed both promotes and hosts as its secretariat, is to foster dialogue and research on how to develop regional integration and cooperation in the Western Mediterranean. The decision was taken during an international forum organised by the IEMed where Dr. Jean-Marie Heydt, Chair of the Executive Committee of the North-South Centre participated. More… 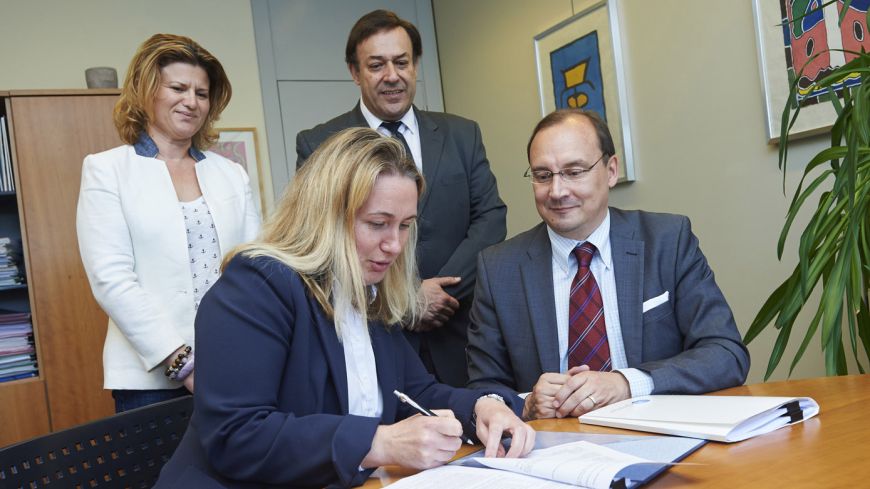 Five years after the revolution, a network of experts debated in Lisbon the challenges of the democratic transition in Tunisia

To mark the fifth anniversary of the Tunisian revolution the North-South Centre, the Tunisian Embassy and the Diplomatic Institute gathered their network of experts, at the Calouste Gulbenkian Foundation in Lisbon, on the 18th of April, to debate the key issues of democracy, security and development and offer support to the democratic transition process underway.

Organised in collaboration with the embassies of France, Germany and Netherlands in Portugal, the main purpose of this event was to mobilise different actors at multilateral, regional and bilateral levels, advocates of the democratic values and principles to offer substantial and collective support to respond to the challenges that Tunisia faces today. More 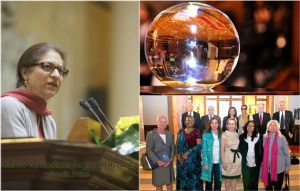 Submit your nominations for the 2016 award

We invite you to propose nominees for the North-South Prize 2016 in the following areas: defence and promotion of human rights and pluralist democracy, development of intercultural dialogue and reinforcement of the North-South partnership and solidarity.

Awarded every year since 1995, the North-South Prize distinguishes two candidates, preferably one from the North and the other from the South, who have stood out for their exceptional commitment to promoting “North-South” solidarity and global interdependence. More

Lora Pappa and Joaquim Chissano are the 2015 laureates

Lora Pappa, President of the Greek Non-Governmental Organization METAdrasi, and Joaquim Alberto Chissano, former President of the Republic of Mozambique, are the two laureates of the North-South Prize 2015. With this annual award, the North-South Centre of the Council of Europe distinguishes two personalities that stood out internationally for their role in defending Human Rights and Democracy and for their contribution to global interdependence and solidarity.

The award ceremony will take place in the Senate Room of the Portuguese Parliament, on June 30th, at 11h00, with the presence of the President of the Republic of Portugal, Marcelo Rebelo de Sousa. More 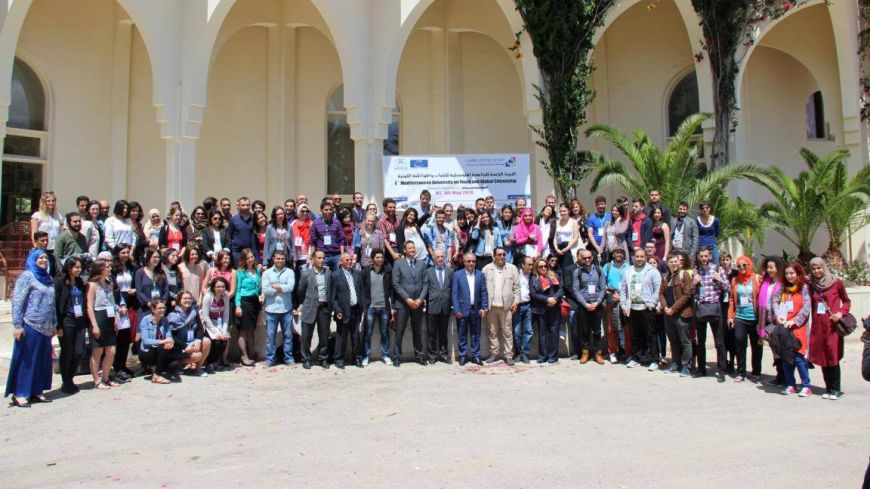 Outcomes of the 4th Mediterranean University on Youth and Global Citizenship: one week of sharing experiences for long lasting connections

The fourth edition of the Mediterranean University on Youth and Global Citizenship, from 1-8 May in Hammamet, brought together more than 130 participants from 30 different countries of the European and South Mediterranean regions around six different activities under the theme “Connecting identities”.

For a week, different opinions and approaches have given the base to a constructive debate around various topics such as education against discrimination and xenophobia, political identity, gender equality or challenging stereotypes. More 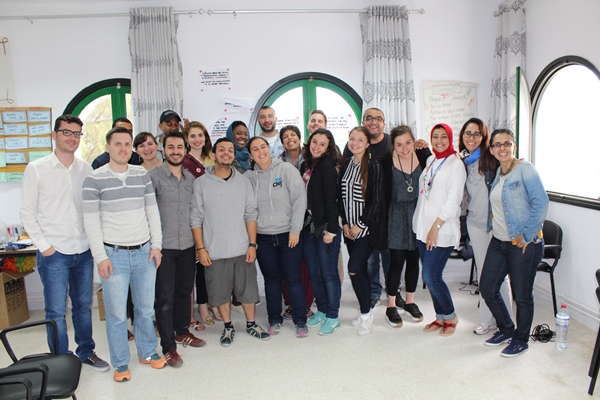 The third edition of the training course on “Structured Participation in Democratic Processes”, gathered 16 young leaders or representatives from youth organizations active in the field of youth policy in their respective countries and four trainers from 17 different countries of Europe (CoE member States) and the Southern Mediterranean region. The activity tackled issues such as the concepts and practices of global democratic citizenship, the role of youth organisations in decision-making and design, implementation and evaluation of policies, the quadrilogue, tools and mechanisms for an effective participation of youth in democratic life. More 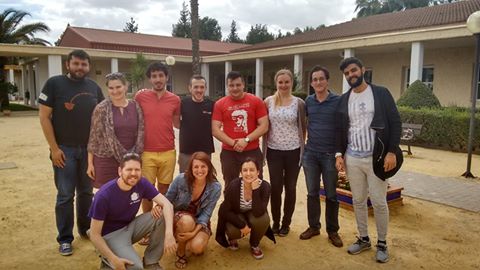 On 15 and 16 June partners of the 17th UYD gathered in the CEULAJ (Mollina, Spain) to prepare for the upcoming edition of the University on Youth and Development that will take place from 18-25 September, also in Mollina. 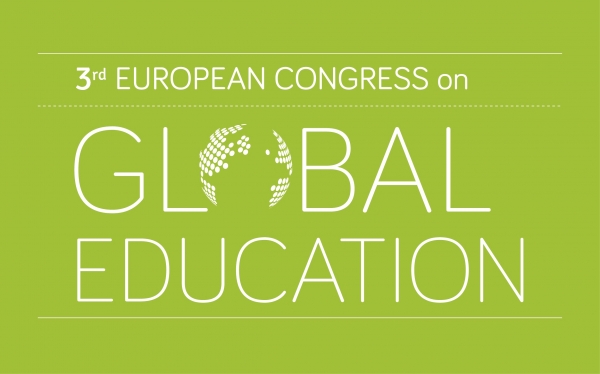 The final report of the 3rd European Congress on Global Education: Education for a Global Citizenship - Unity in Diversity has just been published.

The 3rd Global Education Congress held in Zagreb in November 2015 was the epilogue of a process initiated back in 2002, with the first GE Congress which established a European framework strategy for improving and increasing Global Education in Europe to the year 2015. More 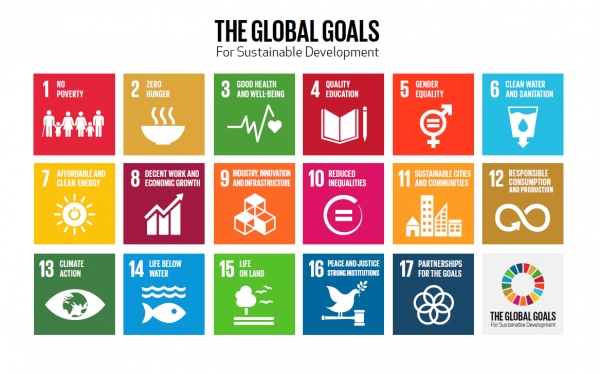 The North-South Centre of the Council of Europe participated in the Development Education & Awareness Raising (DEAR) multi-stakeholder meeting (MSG) which was held at and chaired by the European Commission's Directorate-General for International Cooperation and Development (DG DevCo) on 15th and 16th March 2016.

The main outcome of the meeting consisted in the agreement to develop a document with suggestions on priorities for different DEAR stakeholder groups in addressing the Sustainable Development Goals. More 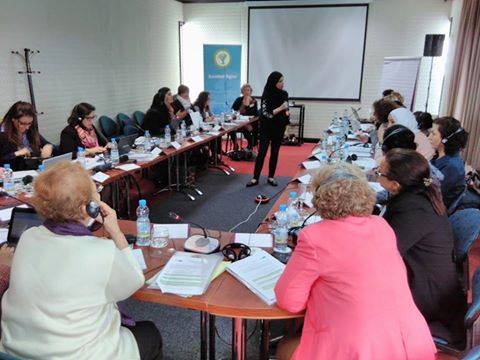 In the frame of the EuroMed Rights’ Gender Working Group meeting, the North-South Centre organised a one day training on the use of the Istanbul Convention by women organisations in Europe and Southern Mediterranean regions. The training aimed to bring forward a technical knowledge on the roles of NGOs in the Istanbul Convention.

4th University on Mediterranean on Youth and Global Citizenship- 1-8 May 2016, Hammamet, Tunisia 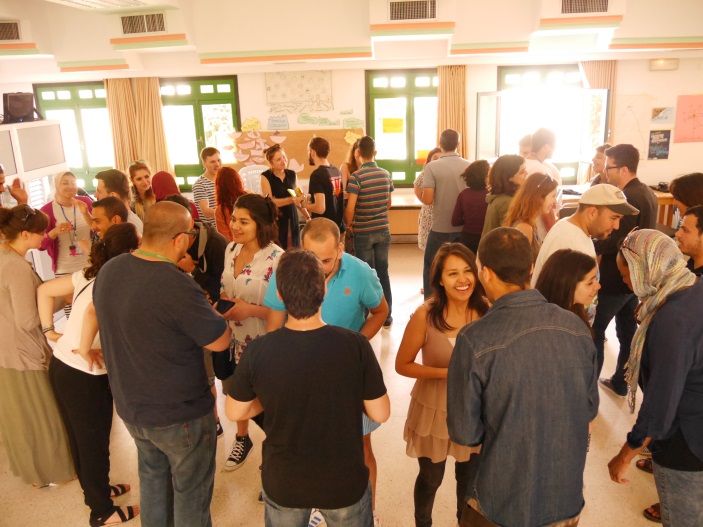 The North-South Centre organised its second training designed to strengthen women’s rights and gender equality, in the framework of MedUni, from  1 to 8 May in Hammamet, Tunisia. 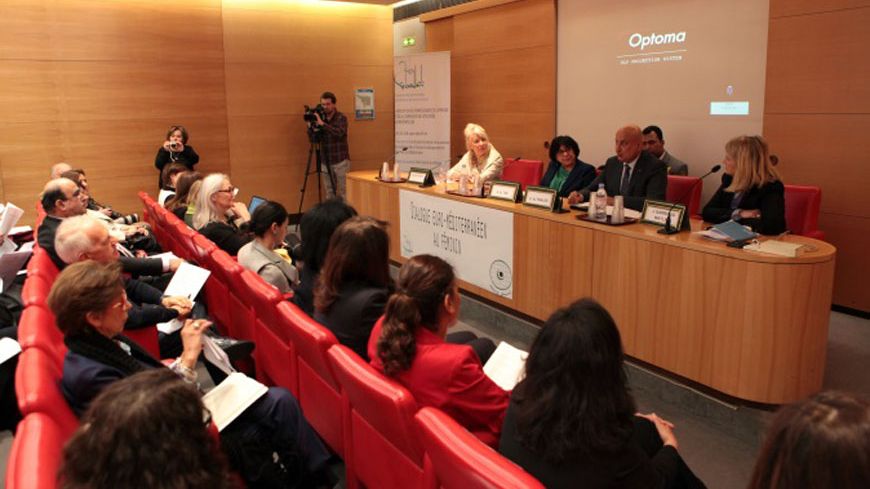 The Women’s Intercultural Mediation in the Euro-Mediterranean Dialogue

The international seminar “The Women’s Intercultural Mediation in the Euro-Mediterranean Dialogue” was held the 29th of March in the Senate in Paris. The Arabic Women Association for the Press and Communication (AFACOM) organised the event in partnership with numerous sister organisations and institutions. The North-South Centre was represented by Dr. Jean-Marie Heydt, Chair of the Executive Committee,  who has been given the privilege to present the conclusions of the seminar. More

A big thank you for all your support, continue to be our inspiration and to share with us your knowledge, activities and hopes!

The Euro-Med Women Network is a cooperative platform that provides an online space to share good practice on the empowerment of women in the European and Southern Mediterranean regions. In this regard, the NSC is collecting best practice from the members of the network to serve as a database for all.  Videos highlighting good practice of youth representatives and civil society actors from European and Mediterranean countries are regularly shared through the platform.

You are invited to share your own examples to help promote the empowerment of women.

The North-South Centre of the Council of Europe offers traineeships twice a year for a period of three to five months. Interested candidates from all member states of the Council of Europe or/and the North South Centre, can apply until April 30 2016. We are now accepting candidates from Morocco and Cape Verde and encourage you to apply.Our internship programme offers young people the unique opportunity to work in an international and intercultural environment, while taking advantage of the unique foundation principle of the NSC, that enables young people to participate in the promotion of global interdependence, through North-South dialogue and cooperation. Please refer to our website for more information and conditions of the traineeships. More

The Hate Speech Watch is focusing on collecting online hate speech towards refugees, asylum seekers, IDPs and migrants. The Movement aims to promote constructive discourse for human rights and human empathy when engaging with this sensitive topic. We now invite You to contribute to the Hate Speech Watch by helping us map and monitor hate speech targeting refugees.

Council of Europe Secretary General Thorbjorn Jagland replied to questions from members of the Assembly in a question and answer session during the Assembly’s summer part-session.

More information and video of the exchange

Parliamentary Assembly of the Council of  Europe: Terrorism: #NoHateNoFear initiative

The Council of Europe Parliamentary Assembly (PACE) launched this week a #NoHateNoFear initative to counter terrorism. At a special ceremony, parliamentarians stood up to say NO to hate and fear. They committed to follow up on this initiative in their national parliaments. With this initiative, PACE wants to rally as many people as possible – politicians, religious leaders, academics, journalists, representatives of civil society and ordinary citizens – to say “NO” to fear and hatred. More…