The North-South Prize of the Council of Europe Award Ceremony will take place on 2 December 2020. 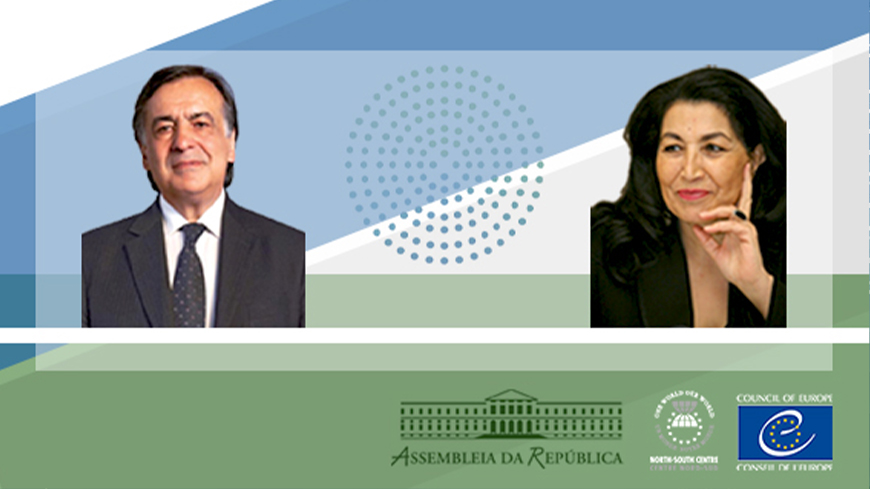 The North-South Prize of the Council of Europe aims to distinguish annually two personalities that stood out internationally for their action in defence of Human Rights and pluralist democracy, contributing to foster solidarity in a world of growing peoples´ interdependence.

The 2019 Prize is awarded to Nabila Hamza and Leoluca Orlando and will be delivered by the Portuguese President Marcelo Rebelo de Sousa. The Council of Europe Secretary General Marija Pejčinović Burić and the Council of Europe Parliamentary Assembly President Rik Daems jwill join Portuguese the Parliament President Eduardo Ferro Rodrigues and the Ambassador Manuel Montobbio, President of the Executive Committee of the North-South Centre, for this hybrid event (the Secretary General and Laureate Leoluca Orlando will participate remotely).

Nabila Hamza (Tunisia) is a sociologist, feminist activist and expert specialized in gender issues, social development and good governance. She is the Team Leader of the EU funded programme “Med Dialogue for Rights and Equality”. She was selected by the Jury for her strong commitment to the protection of human rights and women's rights namely for her contribution to the improvement of Tunisian family law.

Leoluca Orlando (Italy) is the Mayor of Palerme. In 2015, he created the "Palermo Charter" to defend the right to international mobility and the "Council of Cultures", an advisory body made up of members elected by migrants to give them a voice in politics. The prize is awarded to him in recognition of his efforts to support the integration of migrants and the reinforcement of human rights and rule of law at the local level.

The Executive Director of the North-South Centre, Ambassador Jorge Silva Lopes, stressed the importance of this event:

North-South, a constant dialogue for the values of solidarity and interdependence. The North-South Prize aims to bring to light those who make that their highest cause. The undeniable prestige enjoyed by this Prize is above all due to the value and recognition of all those who have been awarded with it for more than twenty years, for their defense of the human rights, democracy and the rule of law. To them, now brilliantly join Nabila Hamza and Leoluca Orlando, at a ceremony on 2nd December at the Portuguese Parliament, which, due to the current difficult circumstances, will take place in an innovative format.

By reason of the restrictions imposed by the pandemic, access to the Portuguese Assembly will be limited but the Ceremony will be accessible online on 2 December, 12pm noon (GMT).

The ceremony can be followed through the Lisbon Forum 2020 platform,
which will take place from 1 to 3 December.

You can access the event live via this link (interpretation french and english).