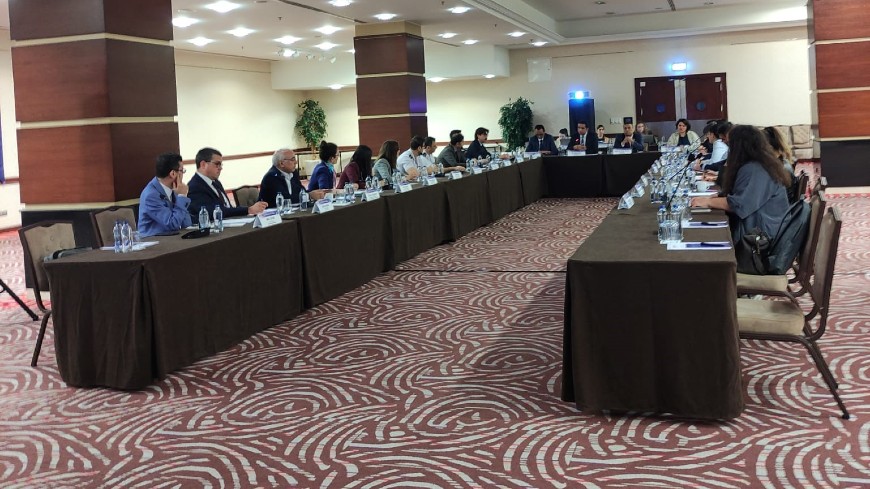 The 1st Working Group - Coordination Committee meeting of the European Union-Council of Europe Joint Project on “Supporting the Effective Implementation of Turkish Constitutional Court Judgments in the Field of Fundamental Rights” was held on 16 June 2022 in Ankara with the participation of key project stakeholders.

The meeting was the first occasion to bring together the key stakeholders under a working group and create an information exchange platform to assess the effectiveness of the individual application system through the prism of the execution of the Turkish Constitutional Court (TCC) judgments and to draft recommendations for various public actors on how to improve the situation, including prevention of repetitive cases.

Moderated by Prof. Dr. Çetin Arslan, the meeting was opened with keynote speeches of Murat Şen, General Secretary of the TCC and Yücel Arslan, Deputy Secretary General of TCC. Opening speeches were followed by a presentation by Council of Europe Project Coordinator Konul Gasimova, from the Strasbourg Office, who described the Project and activities to be organised with the participation and contribution of the stakeholders.

Representatives from a large variety of institutions and NGOs such as the TCC, the Council of State, Human Rights Department of the Ministry of Justice, Council of Judges and Prosecutors, the Ombudsman Institution, Turkish National Police, General Command of Gendarmerie, Union of Turkish Bar Associations, The Human Rights and Equality Institution of Turkey and the Human Rights Joint Platform participated in the meeting. Participants took an active part in the discussions, describing institution related challenges and suggesting concrete solutions for effective implementation of the TCC judgements in the field of human rights.

At the end of the meeting, it was agreed that the institutions shall provide their written recommendations. The participants expressed their satisfaction with creation of the Working Group - Coordination Committee which is planned to convene three times a year to assess the current situation of implementation of TCC judgements and suggest solutions for improvement.