ECRI holds its 87th plenary meeting, exchanges views on racism in policing and publishes an Opinion on the concept of “racialisation”. 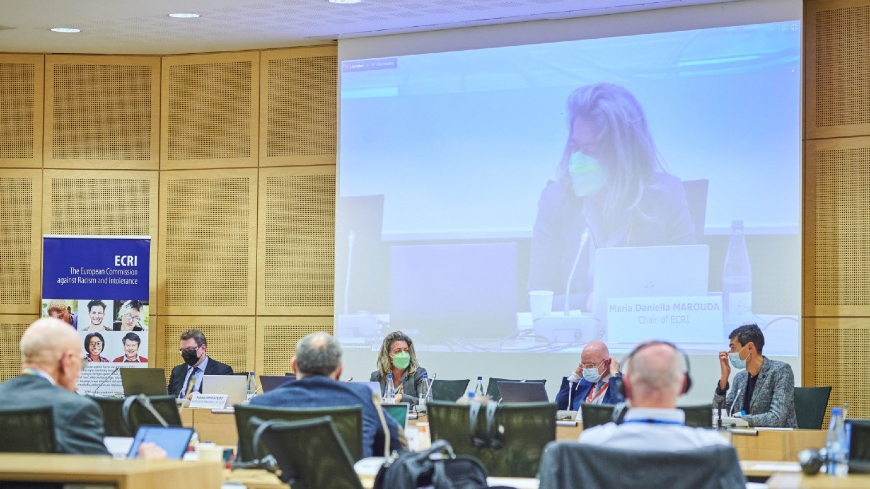 During its meeting, ECRI held an exchange of views on racism in policing with Alan Mitchell, President of the Council of Europe’s Committee for the Prevention of Torture and Inhuman or Degrading Treatment or Punishment (CPT), Fabien Jobard, senior researcher specialised in policing and security matters at the Centre national de la recherche scientifique (CNRS) and Centre de recherches sociologiques sur le droit et les institutions pénales (CESDIP) (Paris, France) and Dezideriu Gergely, Council of Europe trainer on policing and non-discrimination issues and senior adviser at the National Council for Combating Discrimination (Bucharest, Romania).

After a series of discussions in ECRI and recent consultations with various stakeholders about the concept of “racialisation”, ECRI decided to adopt and publish an Opinion on the matter. The full text of the Opinion is available here.

As part of its sixth country monitoring cycle, ECRI examined its preliminary draft reports on Denmark, Estonia and Monaco. Finally, with regard to its fifth country monitoring cycle, ECRI completed the interim follow-up process by adopting conclusions on the implementation of priority recommendations addressed to Finland, Ireland, the Netherlands, Romania and Slovenia.

During the meeting, ECRI took note of the statements made by observers, namely Momodou Malcolm Jallow, General Rapporteur of the Parliamentary Assembly of the Council of Europe on combating racism and intolerance, and Harald Bergmann, Spokesperson on Human Rights for the Congress of Regional and Local Authorities of the Council of Europe. 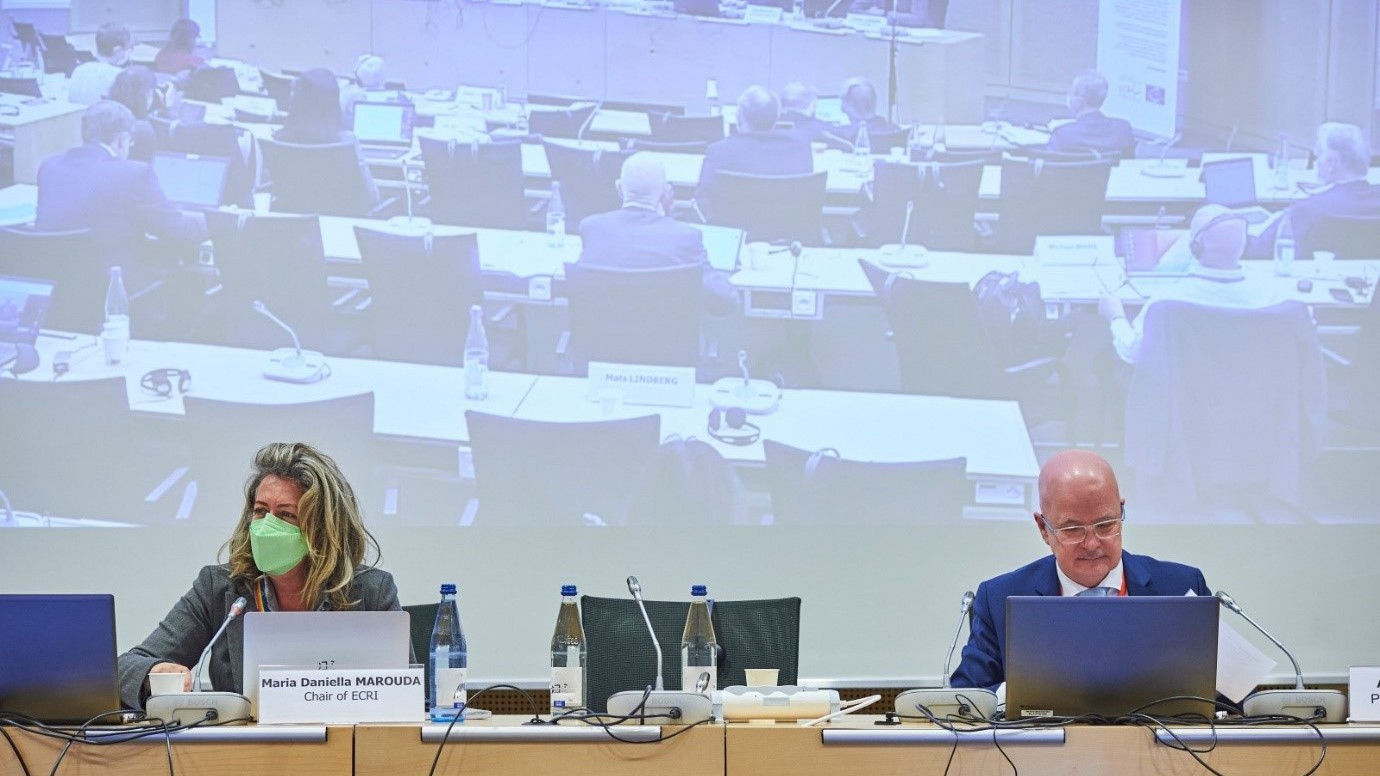 Maria Daniella Marouda, Chair of ECRI, and Alan Mitchell, President of the CPT, during ECRI’s exchange of views on racism in policing. 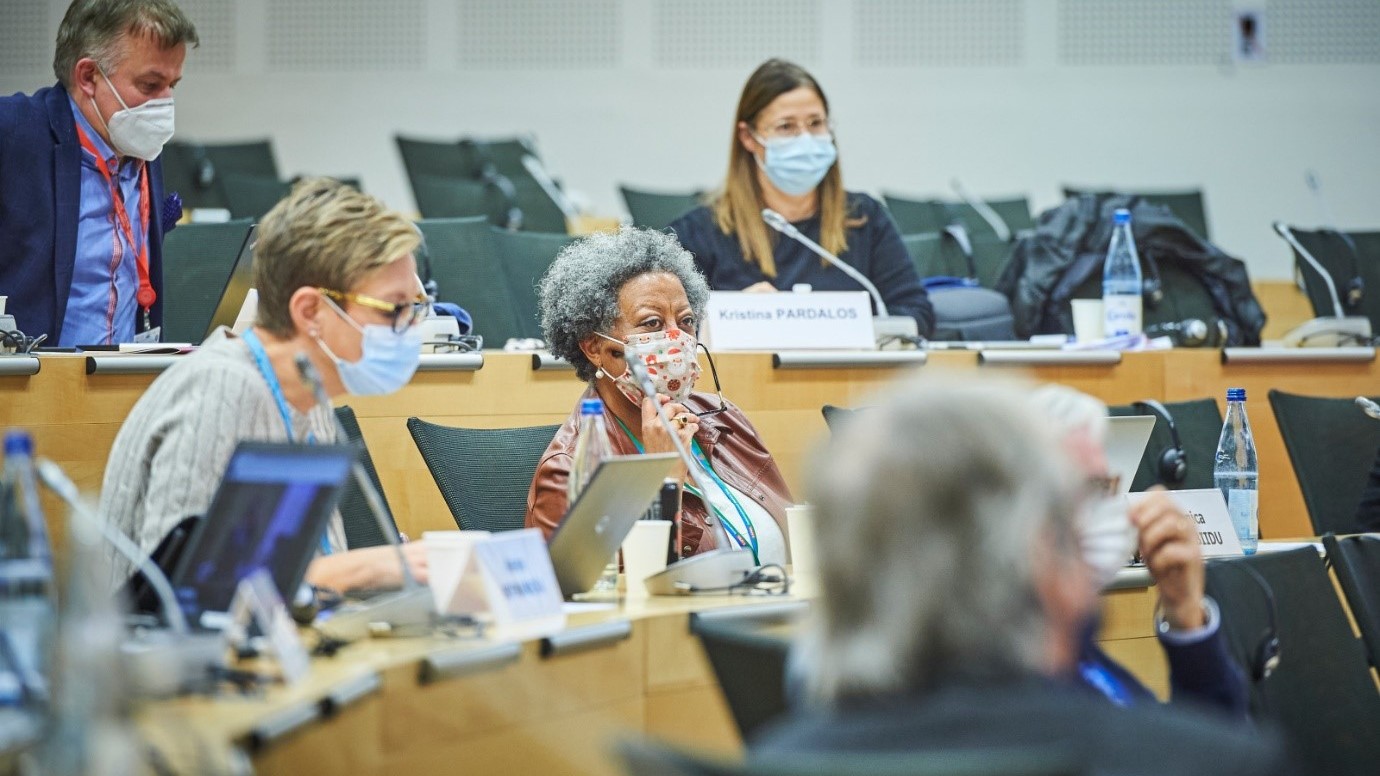 Members of ECRI attending their 87th plenary meeting in Strasbourg.