In the framework of the Council of Europe continued assistance provided to the Albanian authorities to bring the penitentiary system in line with Council of Europe standards, this Project addresses needs for carrying out reforms in a systematic and strategic manner.

Accordingly the Project supports the authorities in developing a 4-year Action Plan on prisons and also provides expertise in a form of legal opinion to four draft laws in the area of execution of criminal sanctions, as prepared by the Ministry of Justice, namely: Draft Law on the Rights and Treatment of Inmates; Draft Law on Prison Police; Draft Law on Internal Control Service and Complaints in the System of Execution of Criminal Sanctions and Draft Law on Probation Service.

The Project also provides institution-building support that will improve the coordinated approach to countering violent extremism (CVE) in Albania particularly in relation to prisons, civil society, and religious communities. As a result of the Project the CVE Center’s internal procedure and Information-sharing protocols will be strengthened.

The Project is funded by the UK Embassy in Tirana and implemented by the Council of Europe.

Presentation of the draft Prisons Action Plan in Albania 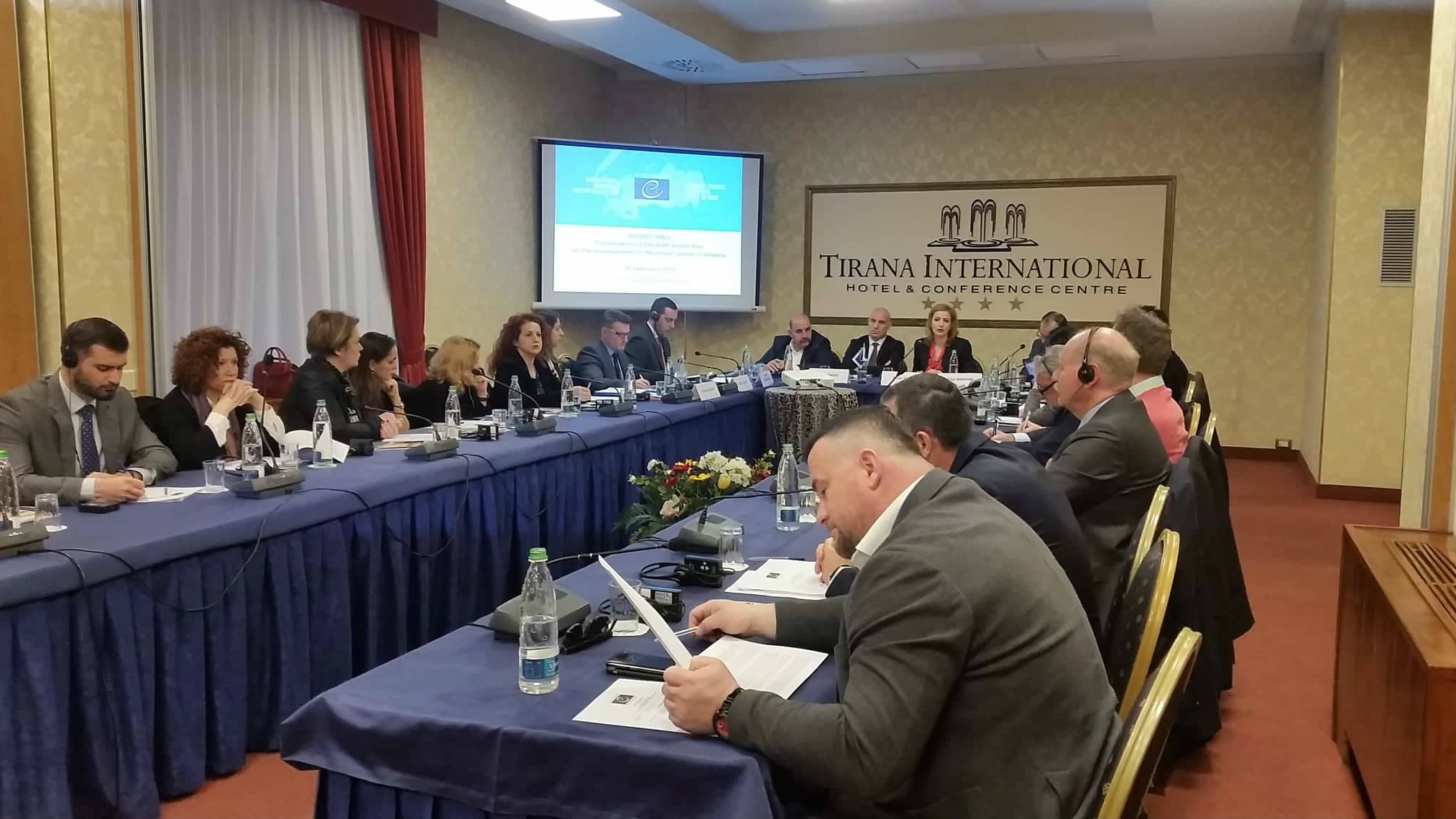 The Council of Europe assisted the Albanian Ministry of Justice in devising a 4-year Action Plan on development of the penitentiary system (2019-2022). The final draft of the Action Plan was presented to relevant interlocutors at a round table that took place in Tirana on 26 February 2019.

The participants discussed the draft objectives and actions and provided their feedback that will be taken into consideration by the Ministry of Justice during the finalisation and adoption phase. It was acknowledged that the draft plan sets a very clear mission that could be achieved by thorough and cross-section implementation of the outputs devised under the specific objectives. All participants agreed that only a professional prison service can provide a safe, humane, and secure custody that guarantees the protection of the rights and dignity of persons deprived of liberty and providing them with rehabilitation opportunities, for safer communities.

The round table was organised under the auspices of the project “Support to the prison reform and fight against radicalisation in prisons”, funded by the UK Embassy in Tirana and implemented by the Council of Europe.