Presentation of a strategy for provision of healthcare in prison 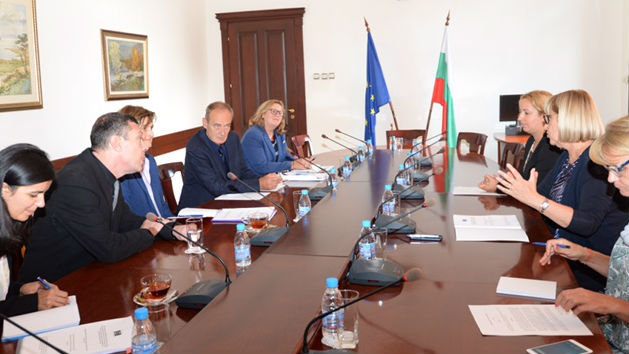 The Prison reform project [i] has reached an important millstone in its implementation in respect of the prison health care reform. A strategy for provision of prison healthcare in Bulgaria was presented on 13 September to the Minister of Justice, Ms Tsetska Tsacheva, as the main stakeholder in the reform process, and received her full support and assurance of further assistance.

The Strategy and accompanied Action Plan was further discussed on 14 September at a round table that included numerous stakeholders aiming to fine tuning the main tasks and deadlines for the implementation. Important comments and contributions were received from the Ministry of Justice, in particular the Directorate General for Execution of Sanctions, including the Head of the Medical Department, representative of the Ministry of Health, the deputy Ombudsman head of the National Preventive Mechanism, National Institute of Justice, Helsinki Committee of Bulgaria.

The round table was also attended by representatives of the University College of Norwegian correctional service as a part of their preparations for implementation of the second cycle of EEA and Norway Grants 2014 – 2021. The participation and involvement of the Norwegian representatives will further contribute to a better understanding of the needs of the Bulgarian prison system to be addressed in forthcoming projects under Norway Grants.

Link to the Ministry of Justice of Bulgaria