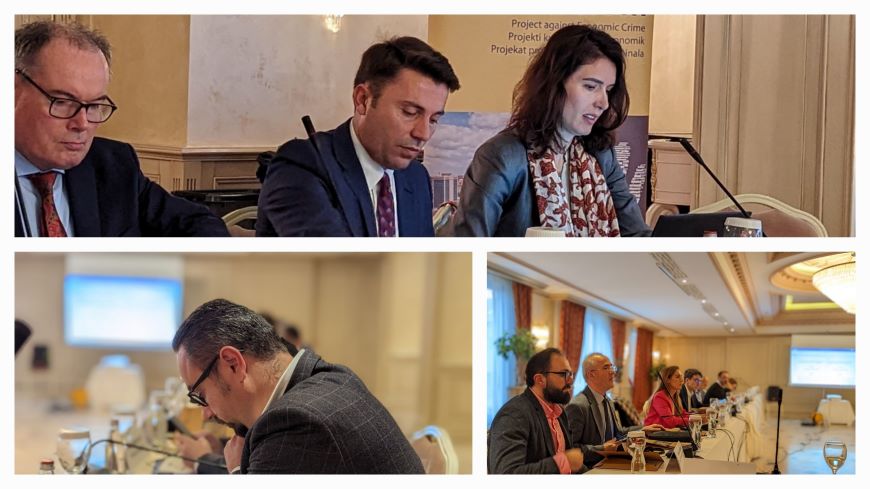 The Council of Europe through its joint European Union and Council of Europe Project against Economic Crime in Kosovo (PECK III) is supporting Kosovo authorities to strengthen the asset recovery and non-conviction-based legal framework. In 2020 the project provided recommendations on the draft law on Verification and Confiscation of Unjustified Assets to the Ministry of Justice which was subsequently adopted by the Government.

To further support the legislative process in this respect, PECK III organised a Roundtable with members of the Assembly’s Committee on Legislation, Mandates, Immunities, Rules of procedure of the Assembly and Oversight of the Anti-Corruption Agency on 7 November 2022 in Pristina with the aim to discuss and review the draft law in accordance with international standards.

The activity brought together 25 participants from the Assembly, Ministry of Justice, Agency for Prevention of Corruption, Civil Society Organisations, European Union Special Representative in Kosovo and International Partner Organisations.

Participants discussed specific provisions of the draft law and assessed their compatibility with the European Commission for Democracy through Law (Venice Commission)[1] Opinion suggesting amendments in view of its alignment and implementation of international standards and good practice. They agreed on the way forward for the effective implementation of the civil confiscation legislation.

The Council of Europe will provide further support on strengthening the asset recovery regime by providing advice to the involved institutions, with recommendations on improving the legislation and bylaws as well as capacity development activities to enhance implementation.