Project: Give a colour to your school

Working language during the project:

Themes of the Council of Europe campaign “FREE to SPEAK, SAFE to LEARN - Democratic Schools for All” covered:

Competences from the Reference Framework of Competences for Democratic Culture (CDC) addressed and where / how they were integrated:

Short description of the project:

At the end of 2015, we received a proposal from the Center for Education and Training "Sintagma", to participate in a cultural project initiated by the Komunitas Association, that will end with the painting by the students of one of the school halls, project funded by EEA Grants. We accepted the proposal and thus became one of the seven schools in Romania where this project was implemented.

I presented the project to the students and I informed them that the first 20 students to register will be accepted unconditionally. The following types of students registered: Roma students, pupils with parents who went to work in another country, pupils at risk of school dropout, institutionalized pupils, pupils with a parent who had passed away, pupils from a family of teachers, pupils whose father was a policeman, etc.

In the first meetings, the students invented a character around which they created a more or less fantastic story. The characters created were inspired by the world they live in. 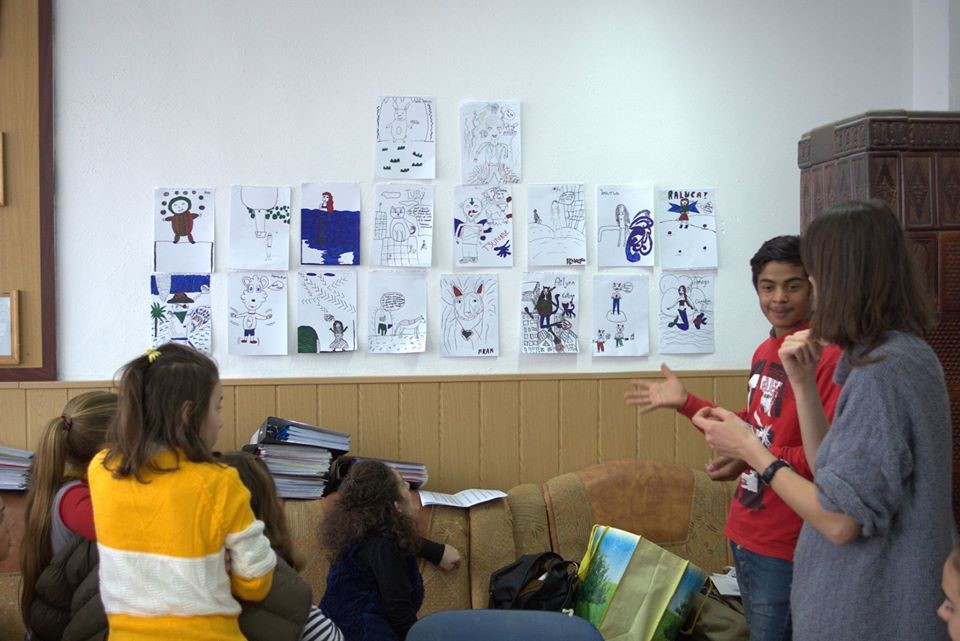 The stories created by the students were translated into a series of drawings, and the end drawing shows one of the children's rights being upheld. 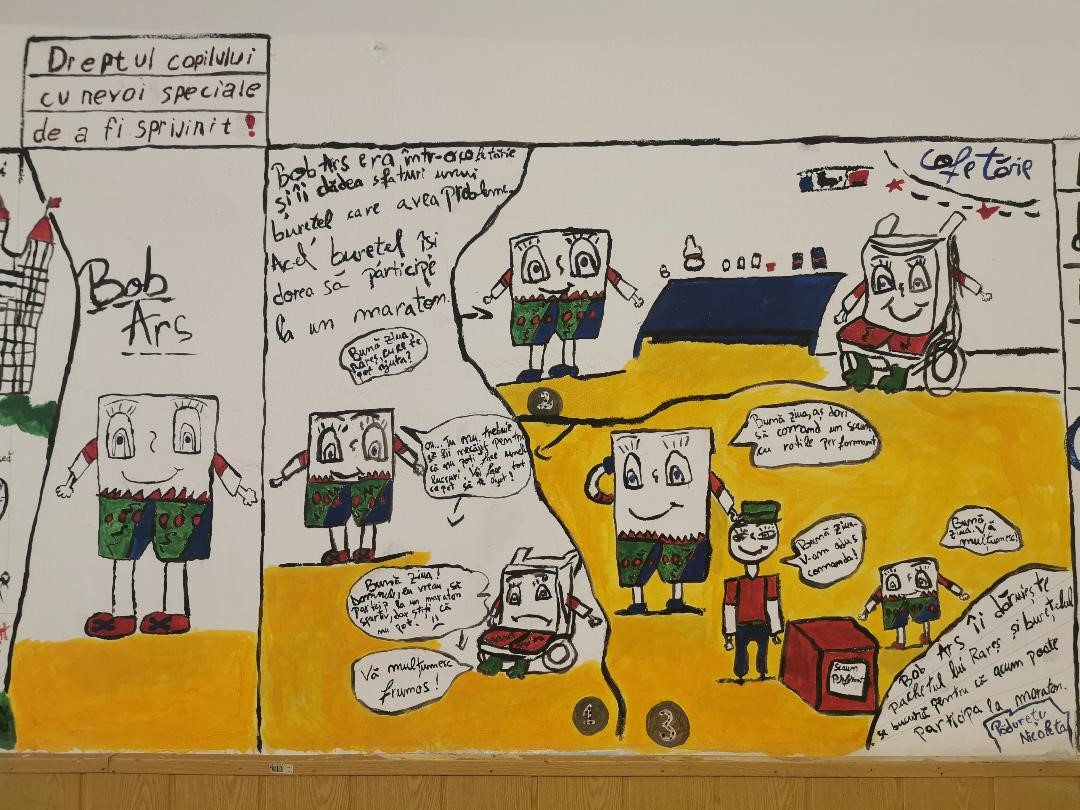 The story of Ioana, the girl whose parents who don't come to a children's show because of their religion… 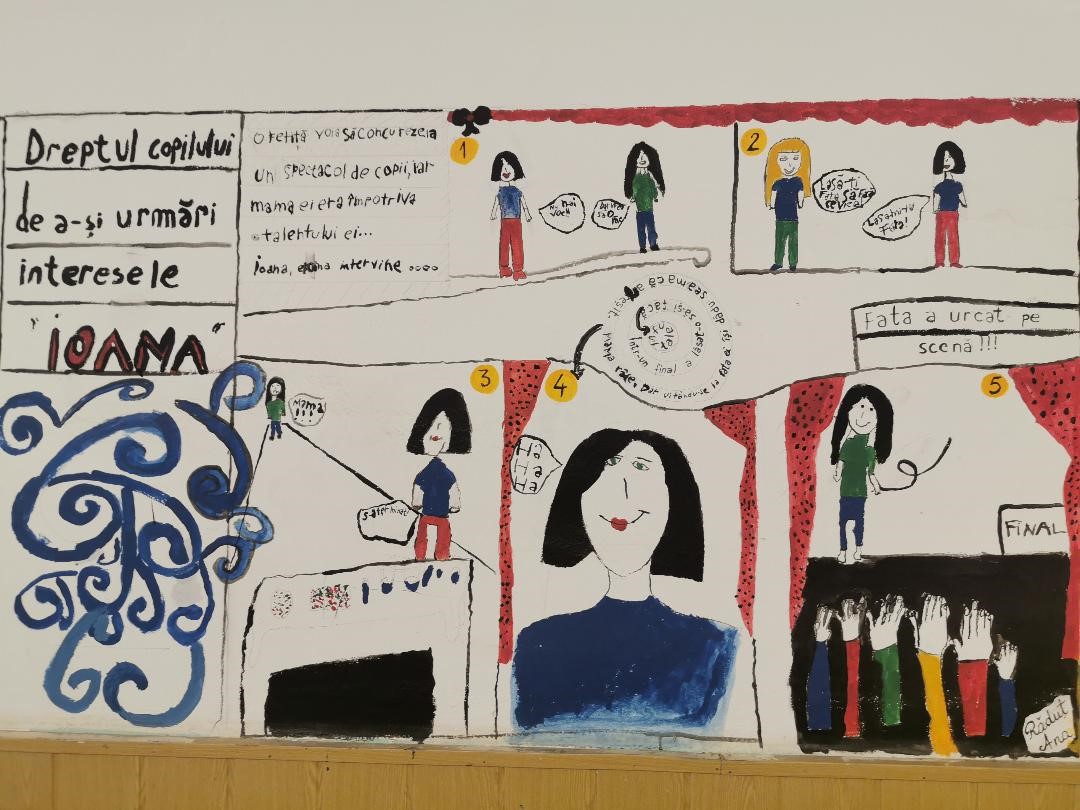 The story of Eduard, the child of “another” ethnicity who is not welcome in a New York pharmacy… 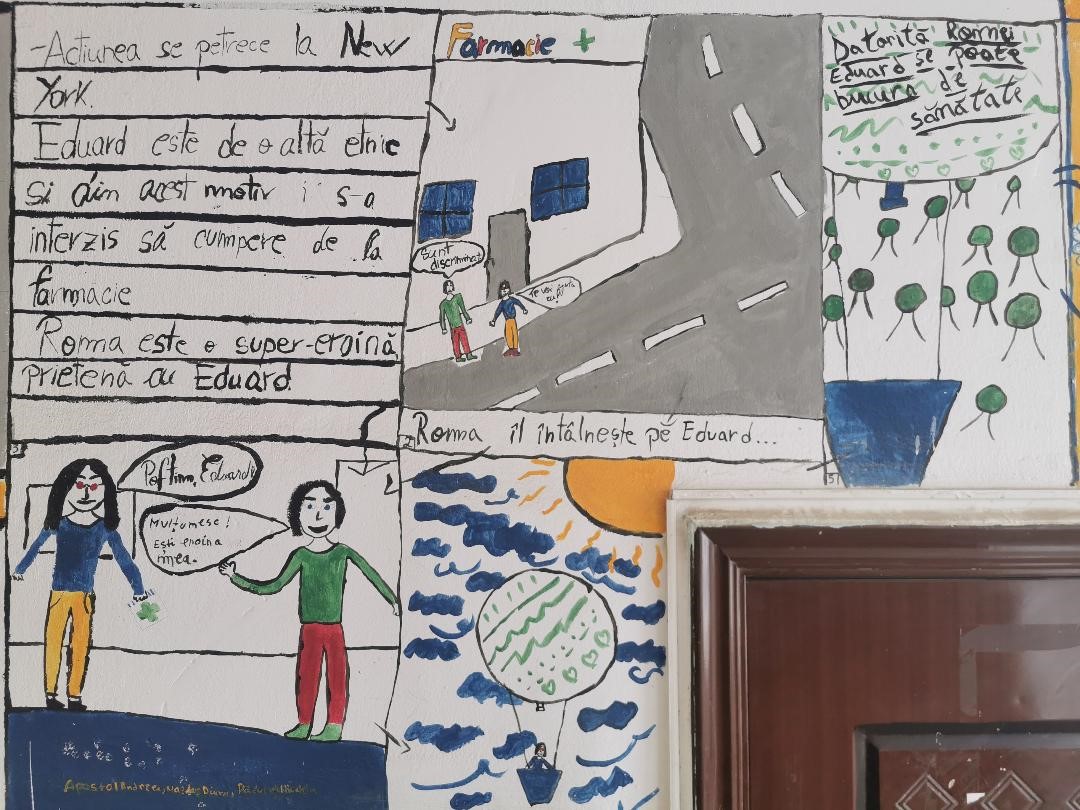 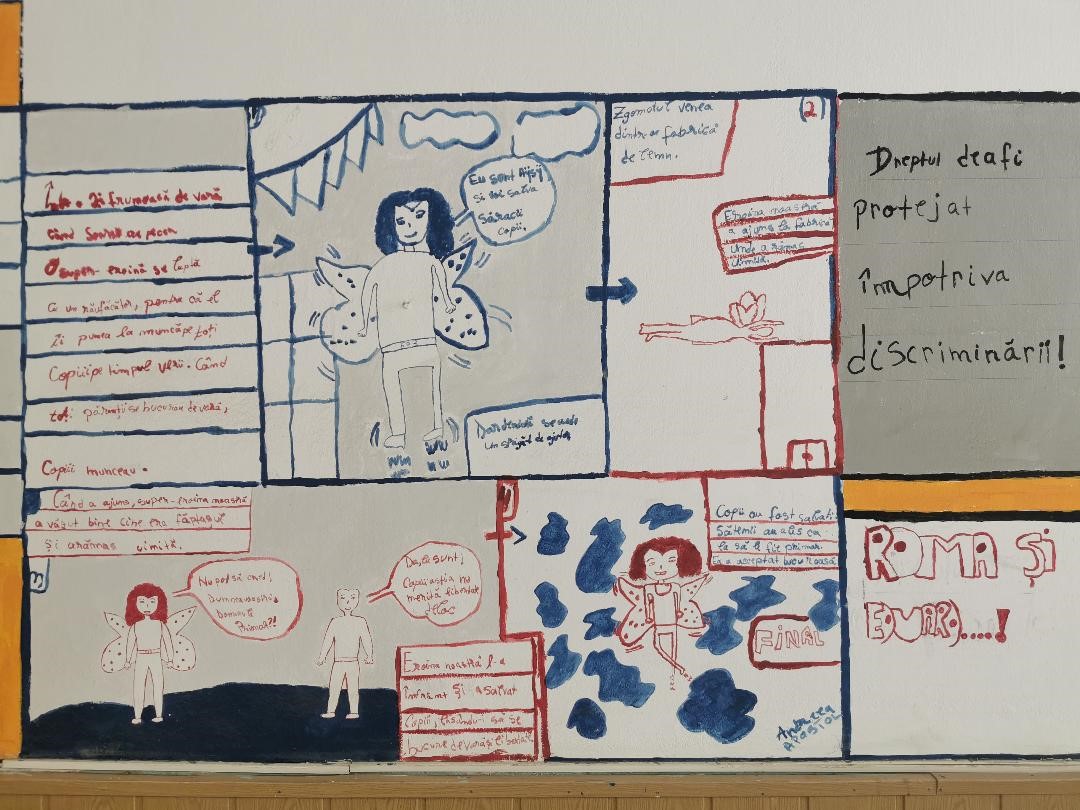 The story of Summer, the wolf that was not received at school because he was a "wolf" ... and the wolf is bad ... 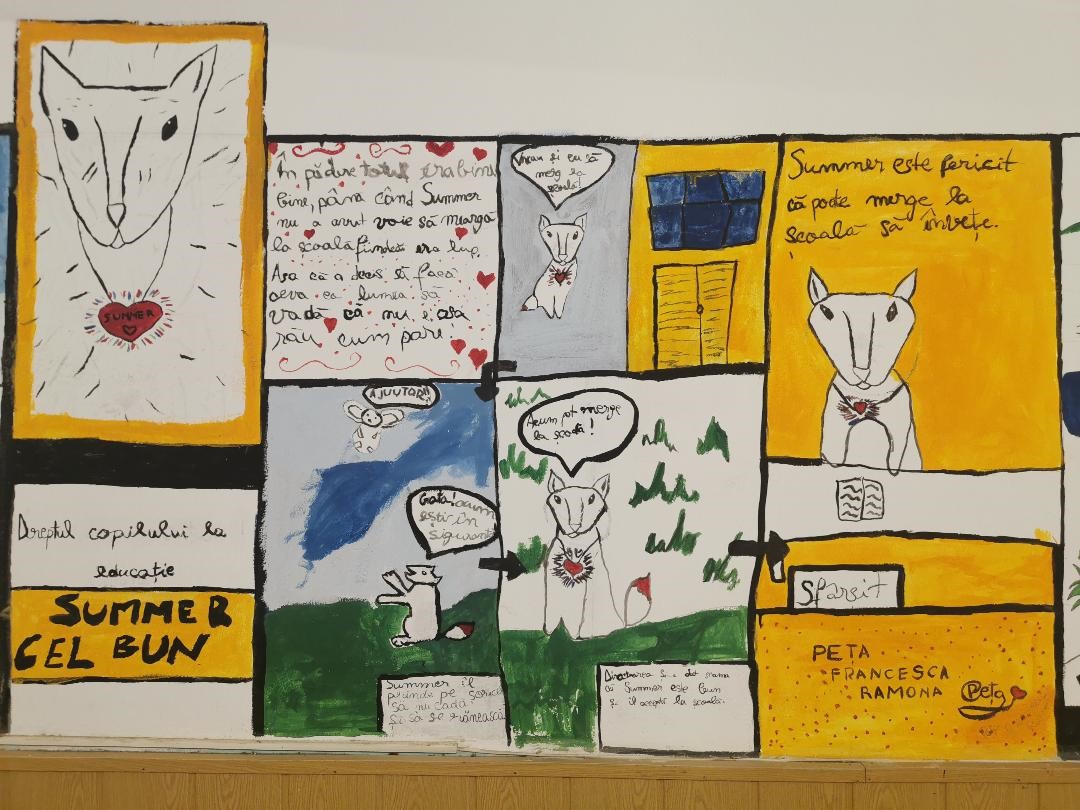 Coordination of the wall painting at school was carried out by plastic artist, Delia Popa. She did not participate in the students’ work and only gave technical indications. The practical activity took place over a 2-week period during the students’ spring break. It was the Easter holidays and the students loved coming to school so much that parents were forced to call and ask why their children were so late.

The project ended with an exhibition attended by parents, teachers and directors of neighbouring schools, the local media and of course the school’s students.

The painting on the wall has not been damaged since it was painted, because students have taken ownership of the painting and consider it their contribution to our attempt to transform the school into a friendly school.

Time-frame of the project:

Additional material provided by the school

Go back to the list of all projects / practices