svenska
Presidency of the Committee of Ministers Helsinki 17 May 2019 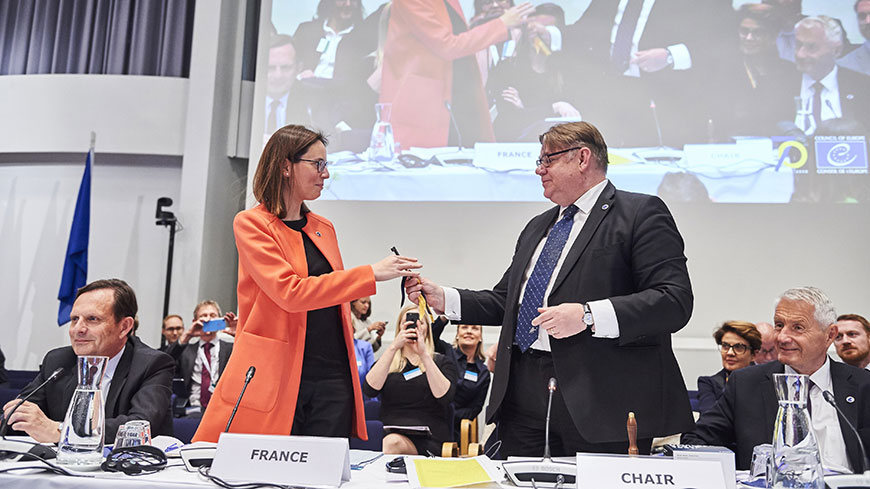 The Presidency of the Committee of Ministers of the Council of Europe passed today from Finland to France, after a meeting attended by 30 foreign affairs ministers from the Organisation’s member countries.

Addressing the Committee of Ministers, the outgoing Chairman, Timo Soini, Minister for Foreign Affairs of Finland, took stock of his country’s Presidency.

Amélie de Montchalin, France’s Secretary of State for European Affairs, then outlined the priorities of the French Presidency for the next six months.

The main goals of the French Presidency are to preserve and strengthen the European system of human rights protection, to strive towards a Europe that brings people closer together and fosters unity, and to promote equality and a culture of “living together” as well as ensuring the Council of Europe adapts to the times and addresses the new challenges surrounding human rights and the rule of law (in particular digital technology issues and artificial intelligence).