Greece takes over the Chairmanship of the Committee of Ministers

русский
Committee of Ministers Strasbourg 15 May 2020 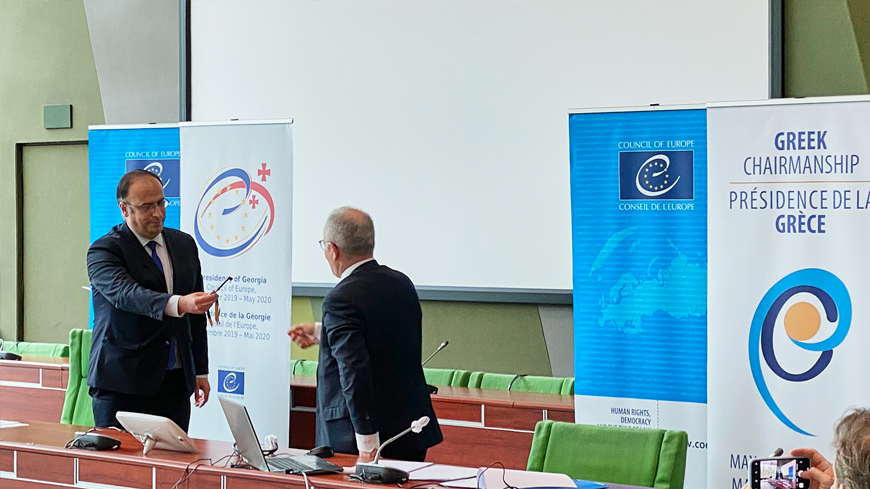 Greece today took over the chairmanship of the Committee of Ministers of the Council of Europe from Georgia during a video-conference meeting with representatives of the 47 member states of the Organisation.

The Georgian Foreign Minister, David Zalkaliani, presented the stocktaking of his country's presidency. The Greek Minister with responsibility for Foreign/European Affairs, Miltiadis Varvitsiotis, outlined the priorities of the Greek Chairmanship for the next six months.

Given the current context, Greece has chosen to focus its chairmanship on the protection of public health and responses to the health crisis, while at the same time ensuring respect for human rights, democracy and the rule of law.

Other priorities include the independence of the judiciary and the rule of law, along with the protection of vulnerable children and the rights of the younger generations in the fields of digital education, the environment and social issues.