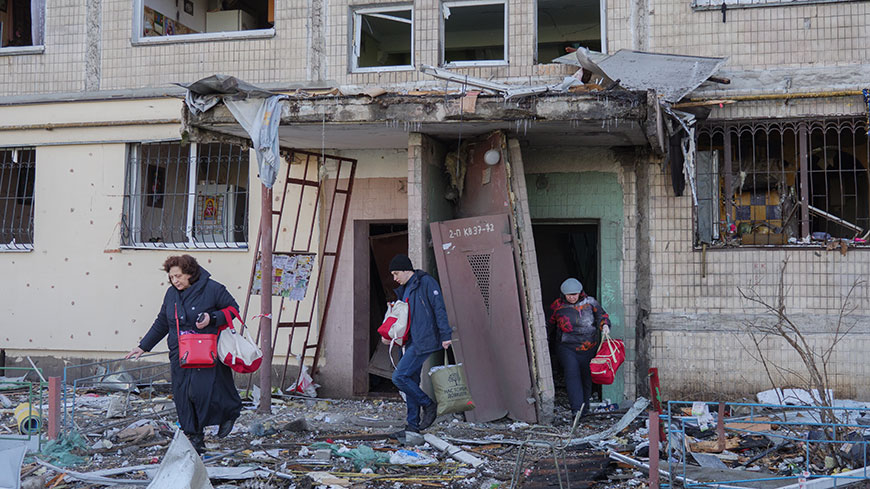 The image of besieged Mariupol that emerges from reports and survivors’ testimonies is one of unspeakable human suffering as a result of serious human rights violations committed there on a daily basis. Thousands of residents of the city are increasingly desperate as drinking water, food, and medication has become extremely scarce. The incessant shelling has killed thousands of inhabitants and continues to erase what still remains of the city’s infrastructure, including schools and hospital wards. With many families unable to bury their dead, bodies of some of the victims are reportedly left strewn in the streets, while others have allegedly been buried in mass graves.

Several attempts made so far to create humanitarian corridors to evacuate people have failed and the shelling of the city and the evacuation routes soon resumed. While some residents of Mariupol managed to flee and reach safety, others remain trapped in the city, and many others yet have been given little choice but to evacuate to Russian-controlled territory. With electricity, gas, food and water supplies cut off by the bombing, thousands of residents hide in cold underground shelters as the world looks on in shock at the horror.

This terrible suffering cannot be allowed to go on any further. The desperately needed life-saving humanitarian and medical aid must urgently be allowed to reach the men, women and children of Mariupol. Humanitarian corridors must be agreed upon without delay to allow those who wish to leave the city to safely do so, and the International Committee of the Red Cross (ICRC) to gain immediate access to the city.

The siege of Mariupol is a humanitarian catastrophe. The blatant disregard for civilian life and the suffering of the people of Mariupol must end immediately.