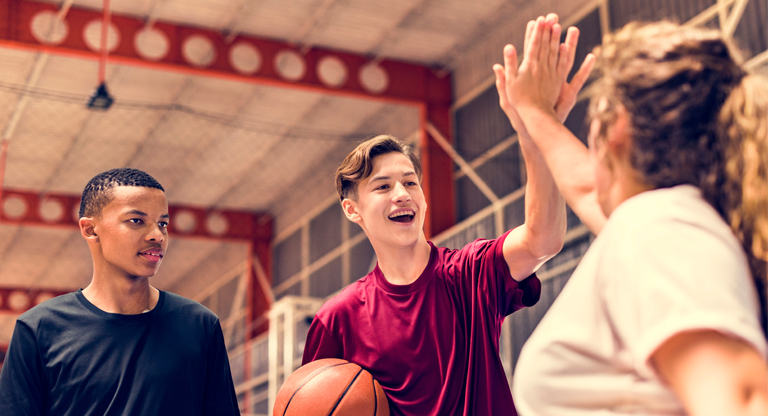 Sport: a world in miniature. It’s a human activity that brings out the best in people - encouraging them to push beyond their limits, to trust and respect one another within the rules of the game, to care for and respect themselves and others. But in the shadows are corruption, racism, greed, unscrupulous people ready to cheat to get to the top, abusers who prey on vulnerable young athletes, and systems designed with bias, that deny equality to women or shut out certain categories of people.

Sport is at the centre of many people’s lives and for every human rights abuse catalogued in the European Human Rights Convention, there's an equivalent in sport. That's why we put a special emphasis on sport in all its many forms, and in all our work to grow respect for human rights, true democracy and fair play.

It's the Euro 2020 qualifiers and England are facing Bulgaria. In the stands, a group of supporters start to make Nazi salutes and monkey noises to the black England players on the pitch. Play is stopped twice.

The gymnastic events are beginning at the 1904 St Louis Olympics. George Eyser straps on his prosthetic leg, becoming the first-ever person with disabilities to compete. By the end of the day he has taken away six medals, including three golds. 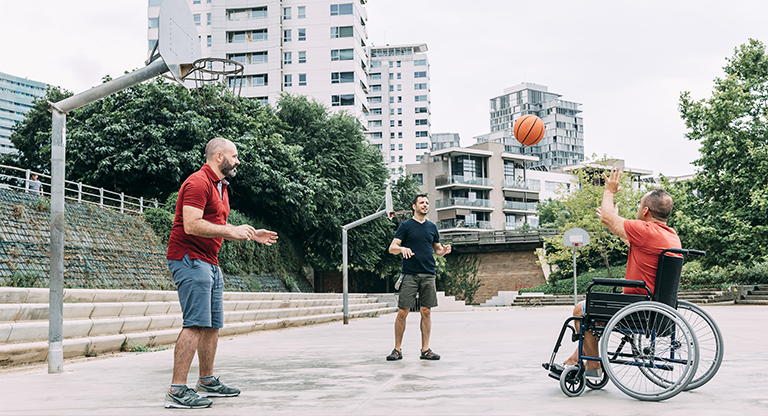 Sport really is for all, no matter your gender, culture, background, the colour of your skin or the colour of your hair! Yet even as the Paralympics and Women's Championships take their place on the international calendar, there are still too many obstacles in the path of would-be champions.

Our European Sports Charter has helped countries to create the conditions for sport to become truly inclusive, and the groundbreaking Tbilisi declaration has called for sport to be a basic human right for everyone.

Find out about our work to make sport truly inclusive 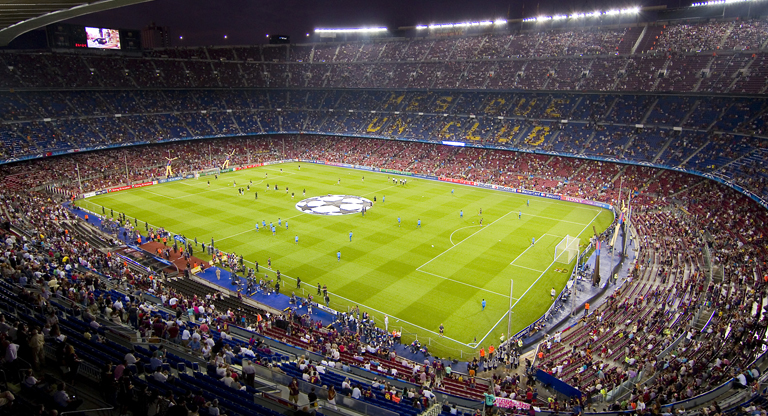 Corruption in sport is at a historical high. From football to the Olympics, from major leagues to amateur clubs, there need to be rules, and referees to ensure fair play. The Council of Europe is a key player in the fight to make sport's governance transparent and keep sport clean.

A sunny day in Brussels, 1985. The Grand Place is filled with more than the usual tourists - boisterous football fans from Liverpool and Juventus are killing time before the start of the big match in the nearby Heysel stadium. Before the end of the day, 39 of them are laid out dead in the car park - the youngest 11 - crushed by a falling wall as full-scale riots raged around them. Yet, inside the stadium, play goes on. 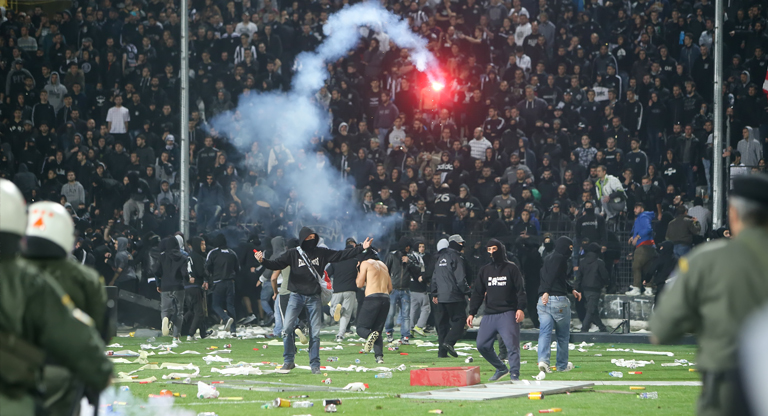 The Heysel disaster marked a new low in football, but it was only one in a series of tragic events all over Europe that led to loss of life. Sport had to be made safer for everyone, and a common European approach was needed. The Council of Europe's answer: the world's first international convention on safety in the stadium.

Find out more about our work to make sport safe

Sixteen year old Didier arrives in Paris from the Ivory Coast hoping to get the promised break with a European club. Instead, he finds himself abandoned by the criminal who has tricked him and stolen his money.

February 2018. Ex-coach Barry Bennell - tried under his new name Richard Jones - listens as a judge sentences him to serve 31 years for sexually abusing the talented young footballers under his charge over two decades.

A court in the United States. Onlookers weep as young girls read witness statements telling of their abuse by physical therapist Larry Nasser - accused and then convicted of hundreds of offences over two decades.

Maxim Dadashev, dead at 28 from injuries sustained in the boxing ring. The same week, Hugo Santillan, dead at 23 two days after his welterweight fight. 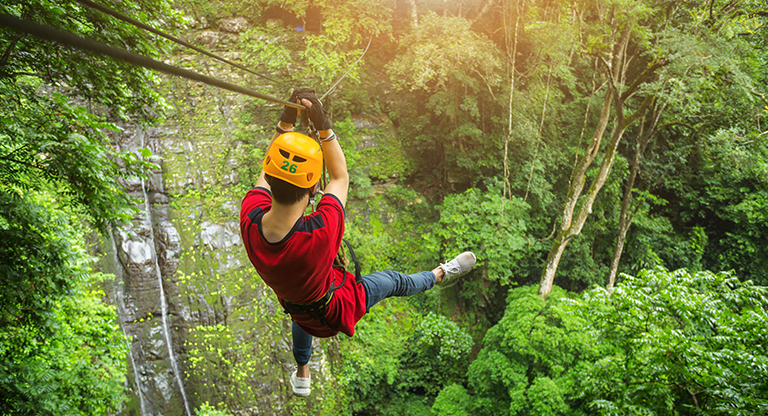 Sport is a source of enjoyment, a road to personal excellence, a means of bringing us together. But dangers can lie unnoticed for young and vulnerable people, or for those who push the boundaries of extreme sports. The Council of Europe is acting on every front - making sure children are safeguarded against exploitation, protecting talented young migrants against criminals, and leading the way on setting safe standards for combat sports. And, with the world of sport as vulnerable as any to harbouring abusers and those who enable them, we want children and adults alike to start to talk and create an era of zero tolerance.

It's 1969, the road team cycle trial at the Rome Olympics. Knud Enemark Jensen tells his Danish teammates he feels dizzy. They prop him up, but as soon as they let go he falls to the floor, fracturing his skull and dying later in a military tent being used as a first aid centre.

July 13th, 1967, the 13th stage of the Tour de France, and British team leader Tom Simpson is beginning the climb to Mont Ventoux. Suddenly he starts to zigzag and falls from the bike. The crowd helps him back up, but a short way down the road he collapses, dying in hospital shortly afterwards. 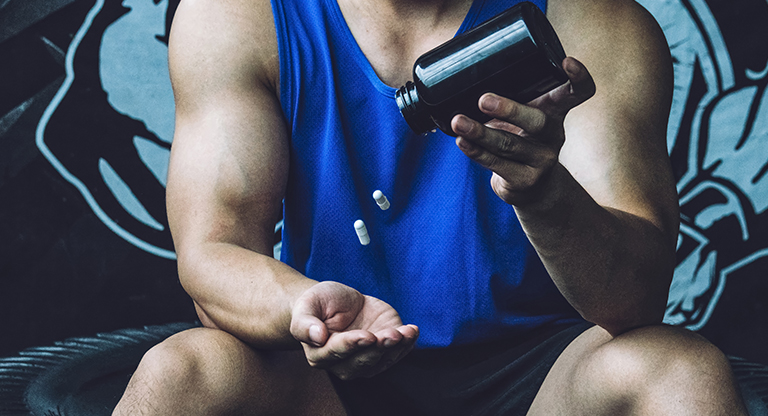 Jensen and Simpson are just two of the tragic roll call of athletes who have lost their lives or health through doping. In a competitive world, with high stakes prizes, business sponsorship and marketing considerations, it's not just personal gain or patriotic prestige that tempts athletes to use drugs to gain an advantage. Doping is not just a threat to fair play. It's a door into corruption and a potentially fatal assault on sports people's human rights.

Find out more about our work to stop doping

In a restaurant in Lazio four men are making a deal to throw the results of the next match in the premiere league. But their time is running out - soon they are going to be discovered and find themselves in court, along with 18 other players, managers and officials.

It's 1982 and Austria are facing West Germany in the football play-offs. Both teams know that all they need to both go through is for West German team to get one goal. They do - in the first ten minutes - and proceed to play 80 more minutes of the most boring football ever, at the expense of Algeria, who would otherwise have had a chance to get to the next round. 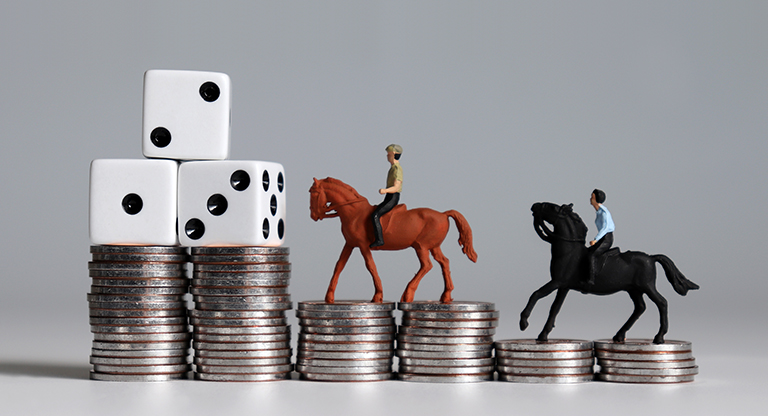 Gambling on sport is a multi-million-euro business and temptation is never far away. No sport is untouched - be it football, cricket, boxing, snooker, tennis or even e-sport.

Find out more about our work to stop match fixing