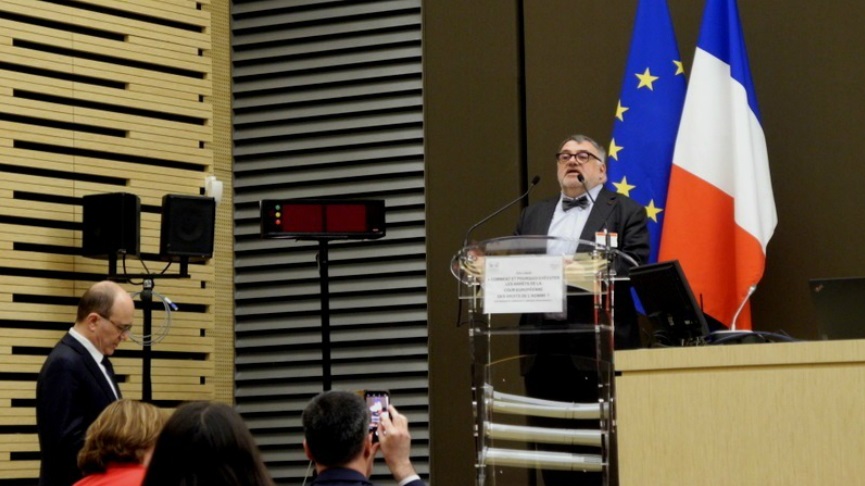 The Execution Department participated in a symposium on 29 March aiming to highlight the conditions of execution of the judgments of the Strasbourg Court and the role played by many civil society actors and the place of national parliamentarians in monitoring the implementation of the Court's judgments.

The symposium was organised jointly by the French delegation to the Parliamentary Assembly of the Council of Europe, the "master 240" of Paris Dauphine University and the association "Friends of the ECHR".

The sessions focused on three themes: the main administrative and political actors in the process of implementing judgments; the special role of human rights institutions; and the question of the association of national parliaments to the process. They were chaired by, respectively, Jean-Luc Sauron, "Conseiller d’État", Mr Patrice Spinosi and Pierre-Yves Le Borgn', former member of the Parliamentary Assembly of the Council of Europe and Rapporteur on the execution of judgments of the Court.