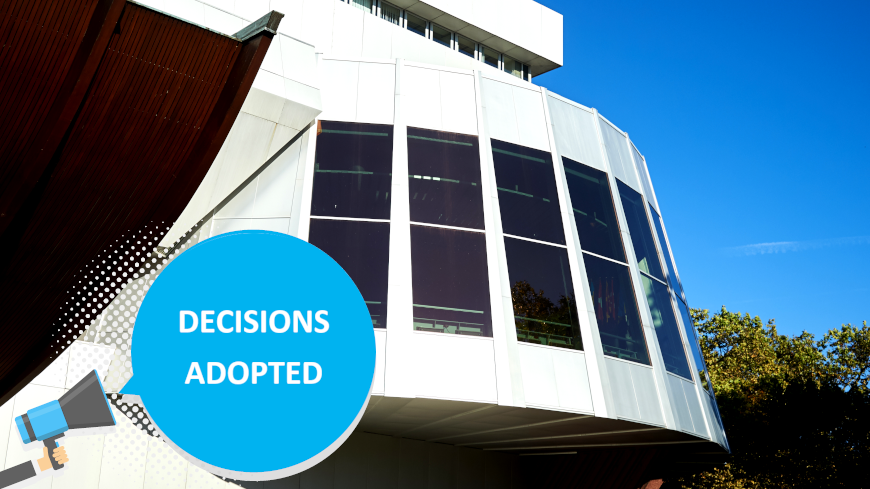 Due to the exceptional circumstances, the Council of Europe’s Committee of Ministers has decided to reorganise its 1377th DH meeting. Part of the cases on the agenda were examined through a written procedure on 4 June and the rest will be examined at a physical meeting on 1-3 September (1377th bis).

53 final resolutions were adopted by the Committee in respect of 105 judgments and decisions from the European court, concerning 25 different States. It also adopted an Interim Resolution* concerning the Russian Federation in the context of the supervision of the Pichugin v. Russian Federation cases (38623/03 & 38958/07).

The cases examined and decisions adopted at 1377th meeting, and the cases proposed for detailed examination at 1377thbis, are listed in the table below:

Under Article 46 of the human rights convention, judgments from the European Court of Human Rights are binding on the States concerned.

The Committee of Ministers supervises the execution of judgments on the basis of information provided by the national authorities concerned, NGOs and other interested parties.

Follow the implementation of the European Court's judgments: HUDOC-EXEC