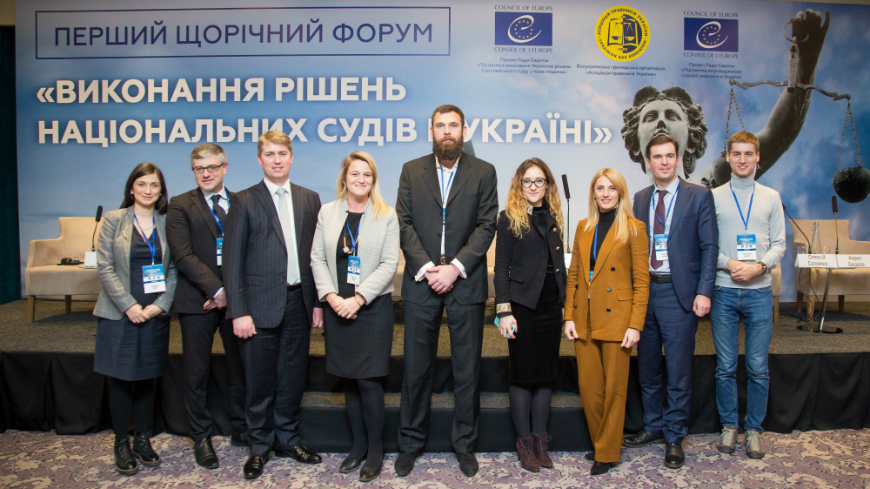 The Department for the Execution of Judgments of the European Court of Human Rights participated in this Forum.  Its representatives highlighted that the long-standing problem of non-enforcement or delayed enforcement of domestic judgments, pending before the Committee since 2004, represents a serious dysfunction of the judicial system that requires the immediate attention of Ukrainian authorities at all levels, including notably the highest political and decision making levels and the Ukrainian Parliament. They also presented a Memorandum setting out the history of relevant cases before the Committee of Ministers and issues already raised with the authorities since 2004.

Other participants included representatives of the Supreme Court, the Ministry of Justice, the Bailiff Service, the Parliament, national and international experts working on the project, NGOs, members of the Bar association and lawyers.

Follow the execution of ECHR judgments against Ukraine: HUDOC-EXEC