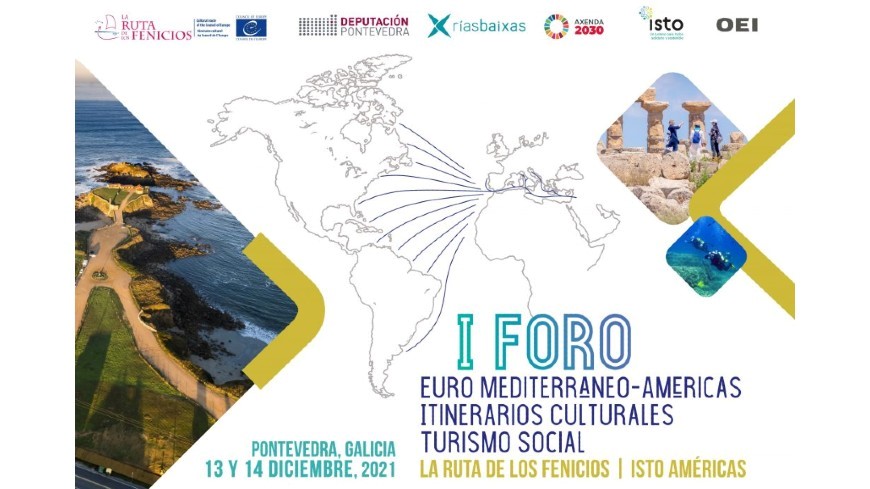 On 13 and 14 December, the 1st “Euro-Mediterranean-American Forum on Cultural Routes and Social Tourism” was held in Pontevedra (Spain). It was organised by the Phoenicians Route and the International Social Tourism Organisation, with collaboration from the Organisation of Ibero-American States (OEI).

The forum was hosted by the Government of the province of Pontevedra. The purpose of the institutional meeting was to promote sustainable cultural tourism for all sectors of society, both in Europe and the Americas, with special emphasis on intercultural dialogue, community-based tourism and local involvement in decision making.

The Cultural Routes of the Council of Europe program is promoting human rights, democracy, the rule of law, sustainability and preservation and enhancement of cultural heritage, so the extension of this approach to other regions beyond the Atlantic is welcome.

The Organization of Ibero-American States for Education, Science and Culture (OEI), founded in 1949, is a governmental international organization for cooperation among 19 Ibero-American countries in the fields of education, science, technology and culture.

The Phoenicians’ Route refers to the connection of the major nautical routes used by the Phoenicians, since the 12th century BC, as essential routes for trade and cultural communication in the Mediterranean. Today, the Route links the countries of three continents and over 100 towns, originating from ancient Mediterranean civilisations.