Local democracy in Armenia: 200 mayors and municipal councillors come together at seminars in Gyumri and Sisian 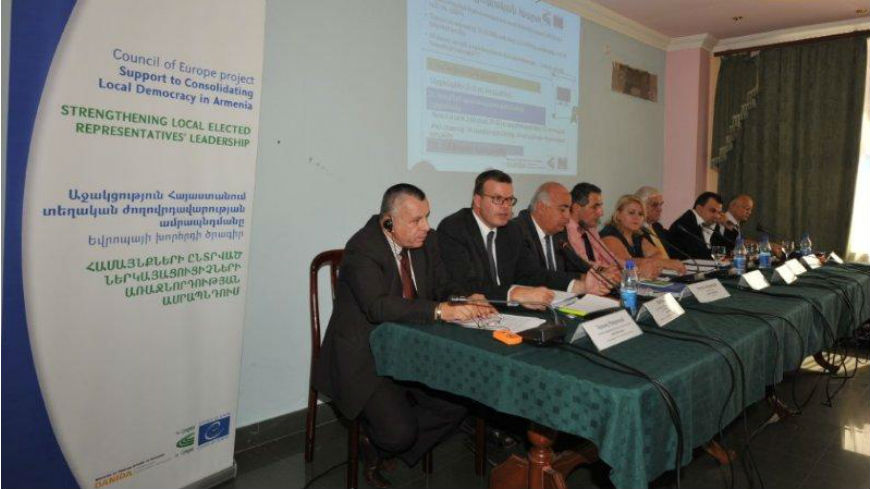 The Congress is holding two seminars on the theme “Fostering local democracy in Armenia” in Gyumri and Sisian on 9 and 11 September 2014. Some 200 mayors and municipal councillors representing all the provinces (marzes) of Armenia will take part in four workshops on the principle of subsidiarity, finances and taxation for local authorities, territorial reorganisation and the role of municipal councils. The two seminars are being funded by the government of Denmark as part of the ''Support for the consolidation of local democracy in Armenia'' project. The proposals emerging from the seminars will be set out in a document, which the associations representing Armenian local authorities will present to the Armenian government.