Gudrun Mosler-Törnström: “Committing to a stronger cooperation with CALRE and with Presidents of Regional Parliaments” 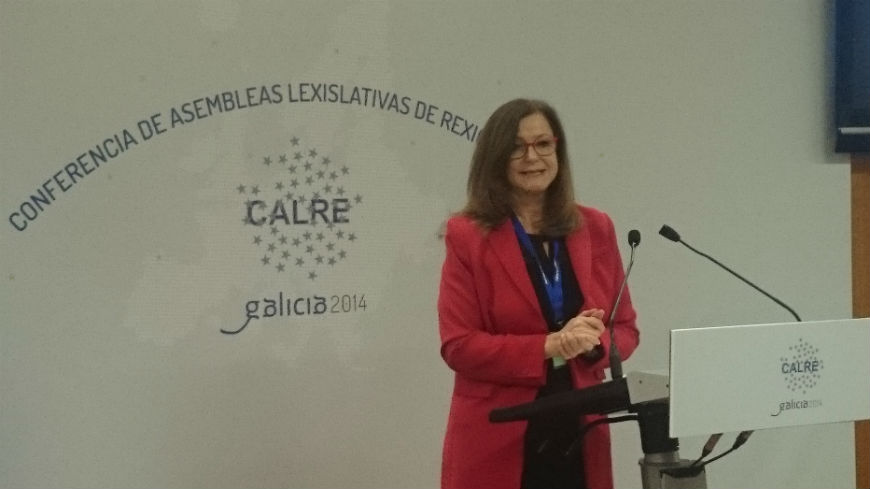 “As newly-elected President of the Chamber of Regions, I am strongly committed to giving a new impetus to our co-operation with the Conference of European Regional Legislative Assemblies (CALRE) and with all the European regional parliaments over the next two years”, declared Gudrun Mosler-Törnström (Austria, SOC), during the General Assembly of the CALRE on 7 November in Santiago de Compostela (Spain). Referring to the co-operation agreement signed on 2010 between the Congress and CALRE, she identified potential topics for future concrete cooperation activities and synergies, in particular the promotion of ethics and the prevention of corruption at local and regional level, a common immigration policy for Europe and increasing citizen participation to improve the quality of democracy.
2014-11-07T09:31:00