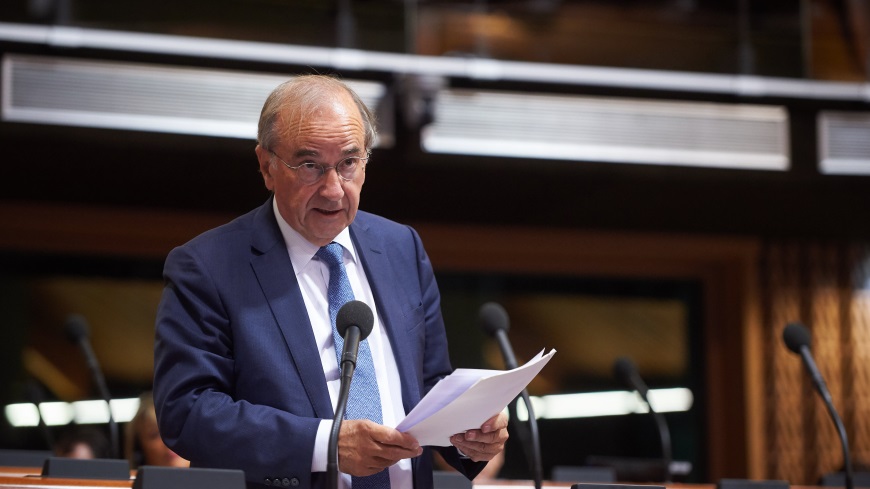 The Chamber of Local Authorities of the Congress debated today an Information Report on the elections to the Council of Elders of the City of Yerevan (Armenia) held on 14 May. They were the first local elections organised under the 2016 Electoral Code that established new regulations such as the scanning of voters' fingerprints and the publication of signed voters' lists after E-Day, both measures meant to increase transparency of the electoral process. Luc MARTENS (Belgium, EPP/CCE) presented the report on behalf of Rapporteur Liisa ANSALA (Finland, ILDG) and confirmed the overall orderly manner in which the elections were carried out, with the exception of individual procedural irregularities. At the same time, the report underlines a very low level of political competitiveness and the general lack of public interest in local matters. Also, there are recurring issues of concern for the Congress, in particular the quality of voters' lists which include a large number of voters who are residing - de facto - abroad. “We believe that local questions should be decided by those citizens who are permanently residing in a specific municipality,” said Luc MARTENS. In order to strengthen citizens’ trust in the electoral process which is characterised by a high level of political apathy, the Congress calls the authorities to pay more attention, in particular, to allegations of vote buying and the misuse of administrative resources. 'In order to establish genuinely democratic elections, it is necessary to ensure transparency not only within polling stations but also beyond', Luc MARTENS concluded.