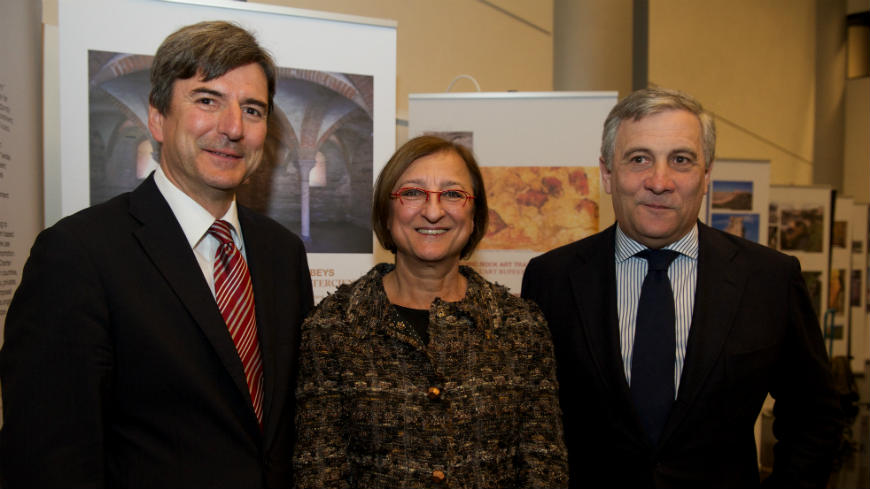 “European Cultural routes offer great potential for local and regional authorities to develop and use their specific heritage along the cultural routes for economic and touristic initiatives,” stated Andreas Kiefer, Congress Secretary General when attending the inauguration of the “Come and support your European Cultural Route” exhibition in Strasbourg on 26 February 2014. He welcomed the announcement of Antonio Tajani, Vice-President of the European Commission responsible for Industry, Entrepreneurship and Tourism, to grant funding for high quality projects in the framework of the Council of Europe cultural routes. Andreas Kiefer also welcomed the proposal of the Council of Europe Deputy Secretary General Gabriela Battaini to organise a presentation of the cultural routes and funding possibilities ýto local and regional politicians at the occasion of one of the next Congress sessions. “We are committed towards the European Union’s full membership of the Enlarged Partial Agreement on cultural Routes as soon as possible. This will enable us to forge even closer links between the European Parliament, the Commission and the Council of Europe,” stated Gabriela Battaini at the event. Silvia Costa, a Member of the European Parliament, as well as officials responsible for the various routes were also present.