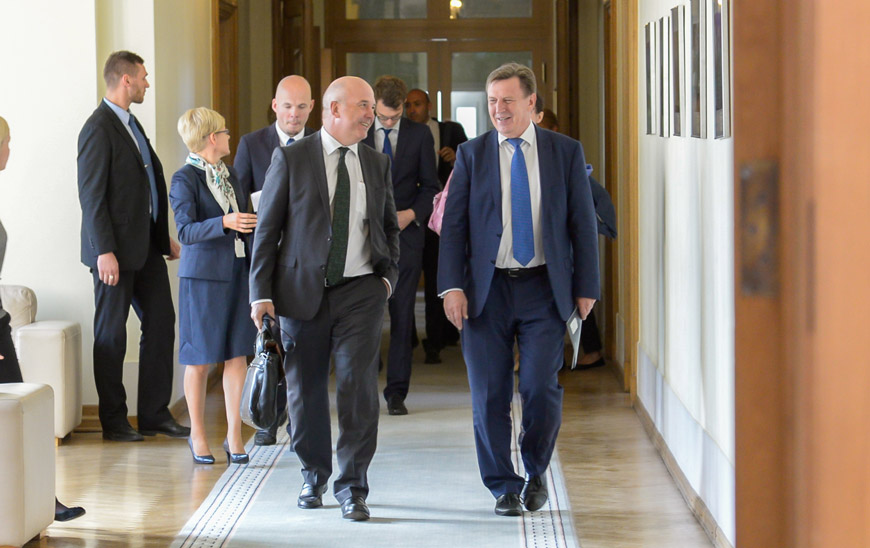 “Latvia has achieved considerable progress in adopting legislation and policies which comply with human rights standards, but the authorities must engage in more sustained efforts to bridge the remaining gaps, in particular those which still  hinder gender equality and more effective protection of the human rights of women, children and LGBTI people”, said today Nils Muižnieks, Council of Europe Commissioner for Human Rights, while releasing a report on Latvia based on the findings of his visit to the country carried out in September.

The Commissioner encourages the Latvian authorities to strengthen their efforts to render gender equality effective in reality. “There is a need for long-term strategies aimed at applying gender equality across all sectors and at increasing women’s participation in public and political life. More efforts are also necessary to raise awareness among civil servants and society as a whole about women’s rights and gender equality”.

Violence against women and domestic violence remain a serious problem in Latvia. Although regulations on temporary protection and rehabilitation services for the victims of violence were adopted, there is still a need to ensure that law enforcement, prosecutorial and judicial authorities have the requisite capacity to investigate, prosecute and punish all instances of violence against women. The authorities should also improve the assistance provided to victims of violence, including by establishing a sufficient number of adequately-resourced specialised shelters.

In this context, the Commissioner recommends ratifying and promoting the Council of Europe Convention on Preventing and Combating Violence against Women and Domestic Violence which provides mechanisms to progressively change the social norms and practices that reproduce such violence and to ensure that the education system is free of gender bias and stereotypes.

Although the legal and institutional framework for the protection of children’s rights is largely in line with international human rights obligations, the Commissioner notes persistent shortcomings when it comes to implementing legislation. In particular, he recommends granting citizenship automatically to stateless children born to “non-citizen” parents, invigorating the stalled process of deinstitutionalisation of children and adopting a more inclusive system of education where children with disabilities have access to mainstream schools close to their residence and benefit from support services.

The protection afforded to LGBTI persons in Latvia’s legal system remains fragmentary and is undermined by a lack of public policies designed to promote the human rights of these persons in all spheres of life. “The authorities should address these gaps in a systematic manner by designing an action plan in cooperation with the Council of Europe. They should also improve their responses to homophobic and transphobic crime and hate speech, including by explicitly prohibiting discrimination on grounds of sexual orientation and gender identity, adding homophobia and transphobia to the list of aggravating circumstances in the Criminal Law and improving training for the police, prosecutors and judges to ensure effective investigation, prosecution and punishment of hate crimes and hate speech. There is also the need to provide legal recognition to cohabiting different-sex and same-sex couples, in line with the jurisprudence of the European Court of Human Rights”.

Lastly, the Commissioner stresses the need to put in place educational polices that provide factual information about sexuality and gender diversity. “The authorities should develop age-appropriate educational programmes, including on sexual and reproductive health and rights, in such a way that they overcome prejudices in society, promote equality between men and women, and address homophobic and transphobic stereotypes.”