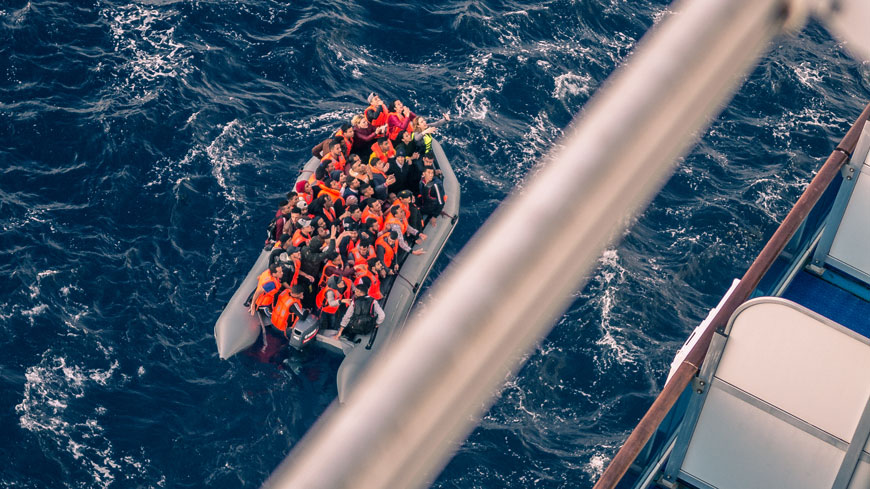 “The situation of more than 400 persons kept on private ships just outside Malta’s territorial waters is unsustainable and requires immediate action”, said today Dunja Mijatović, the Council of Europe Commissioner for Human Rights.

Since Malta closed its ports in response to the Covid-19 crisis, persons rescued at sea are no longer disembarked on land, but rather transferred to ships rented by the government, positioned off Malta’s coast. The government has publicly stated that those on the ships should remain there until such time that other member states commit to relocating them.

In April, the Commissioner stressed that, despite the challenges presented by Covid-19, safe and prompt disembarkation of persons rescued at sea should continue. In early May, the Commissioner called upon the Maltese authorities not to put at risk the rights of rescued persons because of disagreements between member states about disembarkation, and to give priority to humanitarian considerations. “I am concerned that since then, additional ships have been rented and that the number of people kept on them, without a clear prospect of prompt disembarkation, has substantially increased.”

The Commissioner strongly reiterates that coastal member states at the forefront of receiving refugees, asylum seekers and migrants should be able to rely on support from other states. Accordingly, the creation of structural solutions at the European level remains crucial for this purpose. “Discussions about a fair and equitable system for responsibility sharing have been continuing for too long. Once again, I call on member states to promptly decide on such a system in a true spirit of solidarity. However, I do not believe that keeping survivors at sea, as is happening now, is the right way to make much-needed changes happen”, she adds.

While welcoming the evacuation of some vulnerable individuals, the Commissioner notes that many more persons have been kept at sea for prolonged periods, some for more than a month, without a clear solution in sight. “Experience shows that when rescued persons are kept without a possibility for disembarkation for prolonged periods, their health tends to deteriorate rapidly”, she commented. “This would lead to an emergency situation triggering obligations for Malta, which has full control over the ships where people are now held, to quickly evacuate them. Making safe disembarkation on land dependent on other member states’ commitments to relocate those brought to Malta, or waiting until emergencies make evacuation inevitable, only prolongs the agony of those on board and ends up putting their physical and mental health at risk.”

“As an immediate measure, I urge Malta to grant monitoring bodies and agencies providing assistance and protection access to those rescued,” the Commissioner said. However, this must be followed by urgent and concrete actions to ensure the current situation is ended as soon as possible and to avoid its repetition. The Commissioner is also concerned that the confinement of those rescued on the ships, as well as the lack of remedies against this measure and its indefinite duration may not be compliant with the right to liberty of those on board, as guaranteed by Article 5 of the European Convention on Human Rights. “I also urge Malta to ensure that the decision to position the ships just outside territorial waters does not result in those on board being deprived of the opportunity to request international protection”, she adds.

The Commissioner reiterated that, any challenges notwithstanding, it remains paramount that no action by Council of Europe member states results, either directly or indirectly, in the return of migrants at sea to places where they face serious human rights violations. In this respect, she highlighted again her position that any cooperation with the Libyan authorities that would result in such returns should be suspended.