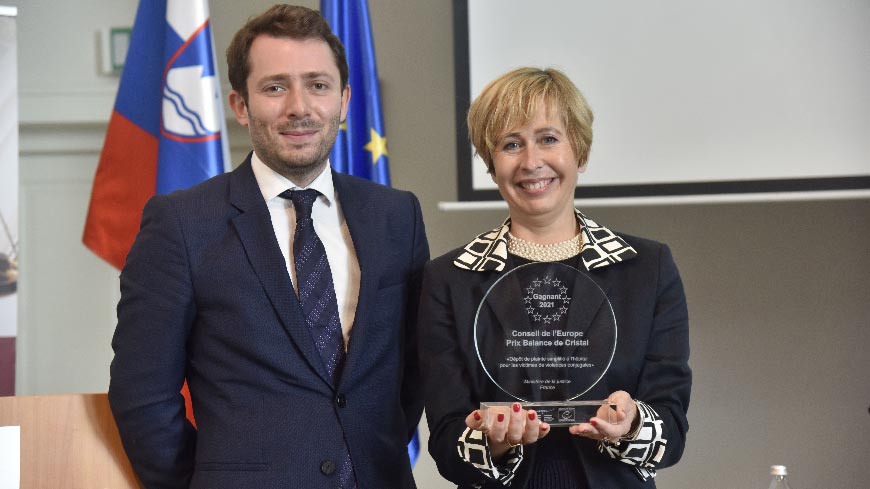 The 2021 European "Crystal Scales of Justice" prize, organised by the Council of Europe and rewarding innovative judicial practices within European judicial institutions, was awarded to the French Ministry of Justice on 1st October 2021 in Ljubljana (Slovenia) for a project "Simplified filing of complaints in hospital for victims of domestic violence", in the presence of Mr Zlatko Ratej, State Secretary at the Ministry of Justice of the Republic of Slovenia and of Mr Christophe Poirel, Director of Human Rights of the Council of Europe, as well as the members of the jury of the competition composed of prominent personalities in the field of justice (online and in person). This event has been organised at the invitation of the Supreme Court of Slovenia, winner of the former edition of the Prize (2019).