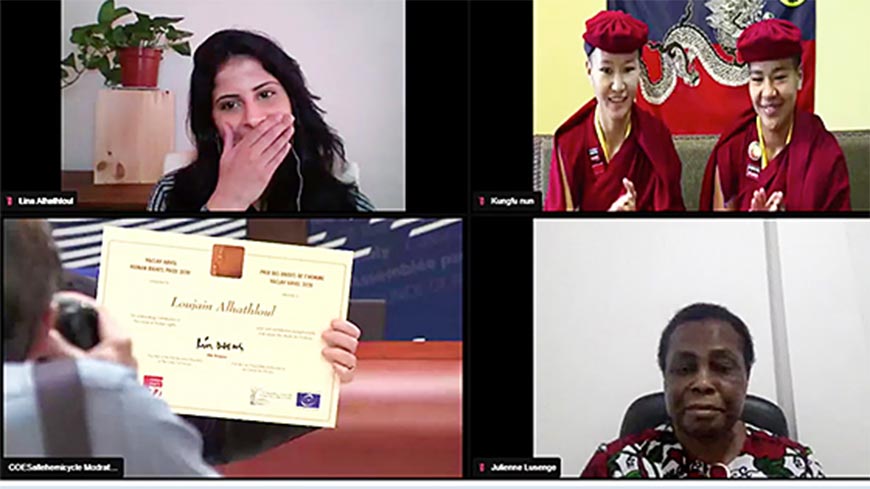 The 60,000-euro prize was presented at a special ceremony on the opening day of the spring plenary session of the Parliamentary Assembly of the Council of Europe (PACE), held in a “hybrid” format in Strasbourg.

Ms Alhathloul is one of the leaders of the Saudi feminist movement, having campaigned to end the male guardianship system, as well as the Saudi ban on women driving, and for greater protection for women facing abuse in the Kingdom. She spent 1001 days in prison as a result of her stand, and was only released in February 2020, though is still subject to house arrest and other restrictions in her home country.

Accepting the award on her behalf in a virtual address, Loujain’s sister Lina Alhathloul thanked the award committee: “International support is the only way we can expose the injustices in my country and protect the victims. Thank you for giving us the strength to continue our fight.”

Announcement of the shortlist

Broadcast of the ceremony