русский
CHAIRMANSHIP OF THE COMMITTEE OF MINISTERS Strasbourg 10 November 2020 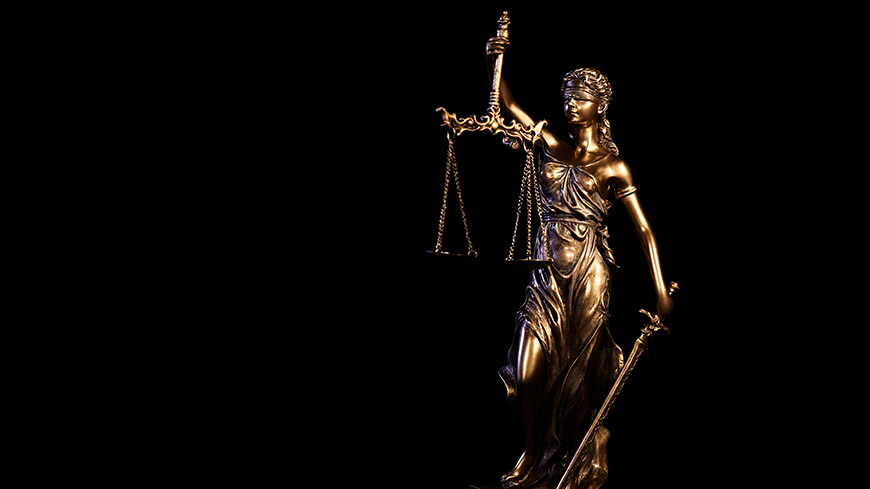 As the Council of Europe celebrates the 70th anniversary of the European Convention on Human Rights, the Ministers of Justice of the 47 member States of the Organisation, meeting by videoconference under the Greek Chairmanship of the Committee of Ministers, reaffirmed their commitment to strengthening the independence of the judiciary and the rule of law.

Speaking at the opening of the conference, the Secretary General of the Council of Europe, Marija Pejčinović Burić, recalled that the independence of the judiciary is a prerequisite for the rule of law in a healthy democracy and must be defended, promoted and strengthened. The role of the judiciary has evolved, but it has also been exposed to attacks and intimidation in recent years. The role of the Council of Europe is to provide support to ensure that the fundamental values and principles of democracy, the rule of law and human rights are uniformly respected throughout Europe.

Didier Reynders, Commissioner for Justice of the European Commission, welcomed the fruitful cooperation between the Council of Europe and the European Union, in particular in the framework of the 2020-2022 priorities. He recalled the development, by the European Commission, of the toolkit for rule of law mechanisms, based on the recently adopted first Annual Rule of Law Report, which reports on developments in this area in the EU member states and covers four pillars in particular: judicial systems, the fight against corruption, media pluralism and freedom.

Rik Daems, President of the Parliamentary Assembly, stressed that the expression of democratic will depends on individual and collective freedoms; and freedom depends on the protection of the law which is shaped by a democratic process in which parliaments play a key role. There can be no true democracy or guarantee of freedom without judicial independence to ensure the rule of law. These are the basic principles of the Council of Europe, but in several Member States the independence of the judiciary is increasingly under threat.

The President of the European Court of Human Rights, Robert Spano, recalled the provisions of the European Convention on Human Rights, in particular Article 6, guaranteeing the right to a fair trial and judicial independence. He pointed out that the rule of law within the meaning of the Convention is not a concept that varies according to national ideologies or traditions; on the contrary, it is a collective European commitment for all Member States.

During the conference, Ramin Gurbanov, President of the European Commission for the Efficiency of Justice (CEPEJ) presented the 2020 edition of the CEPEJ Evaluation Report on European judicial systems. He recalled that the report identifies major trends and good practices and includes country fiches allowing to situate them individually in relation to a European median, as well as a dynamic database (CEPEJ-STAT) which allows a personalised selection of data. All this information is intended for public decision-makers and also for all the users of justice and justice professionals.

According to the President of the Venice Commission, Gianni Buquicchio, following deliberate attempts to control the judiciary by the executive in recent years, in constitutional courts, supreme courts and then ordinary courts, respect for the rule of law is declining and the negative impact of serious breaches of the rule of law on the whole democratic system of the member states is potentially enormous. While recognising national specificities and remaining understanding and constructive in the face of difficulties, the will to destroy the rule of law and its general culture, which is dear to the Council of Europe and to European citizens, must always be resisted.

Following the opening speeches the Ministers discussed, in a first session, the new challenges for the rule of law and guarantees for independent justice, and then, in a second session, ways of strengthening citizens' confidence in justice.

The conference was chaired by the Minister of Justice of Greece, Konstantinos Tsiaras (see the conclusions of the Greek Presidency).